The 2-year-old suffered a full "disarticulation of the lumbar spine" and suffered intense internal hemorrhaging. 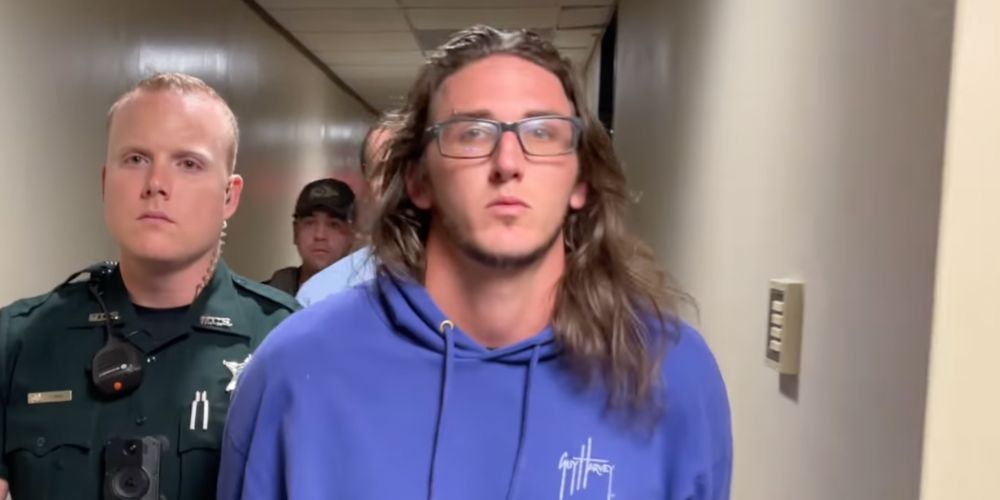 The Post Millennial
Sep 12, 2022 minute read
ADVERTISEMENT
ADVERTISEMENT
24-year-old Travis Ray Thompson of Fort Pierce, Florida was arrested Friday for the murder of his ex-girlfriend's 2-year-old daughter, after he allegedly slowly snapped the toddler's spine in two in response to the mom breaking up with him.

According to Law & Crime, a statement from the Marion County Sheriff’s Office said, "Based on the severity and nature of the break, it was determined that Thompson applied significant, gradual force to the victim’s upper and lower body from the front with a fulcrum point on her lower back."

Thompson is accused of murder in the first degree while engaged in aggravated child abuse for what he did to little girl on May 2. The injuries were so severe that he allegedly left this child's spine completely severed and then waited a full 30 minutes before driving her to the hospital, where she died three hours later.

The 2-year-old suffered a full "disarticulation of the lumbar spine" and suffered intense internal hemorrhaging.

Thompson and the girl’s mother had been dating but she broke it off a week before the toddler's death. She said he was angry and provided texts to authorities. The mother was staying at the suspect's camper when her child's spine was snapped despite the two being split and Thompson's anger.

Thompson claims he and the little girl went to a nearby lake, returned to his camper, and she then sat on his futon as he went to the bathroom. He says he heard a loud sound and found the child limp, gurgling, and taking shallow breaths, with no idea how her spine was snapped.

He then made several calls including to the girl's mom who made it back to the camper. Then the two drove the child to the AdventHealth Waterman hospital in Tavares, Florida and dialed 911 while en route.

Staff at the hospital immediately reported the injuries and circumstances as suspicious which prompted the investigation.