A Florida truck driver is facing a felony charge after he left skid marks on an intersection painted with rainbow colors in celebration of Pride Month. 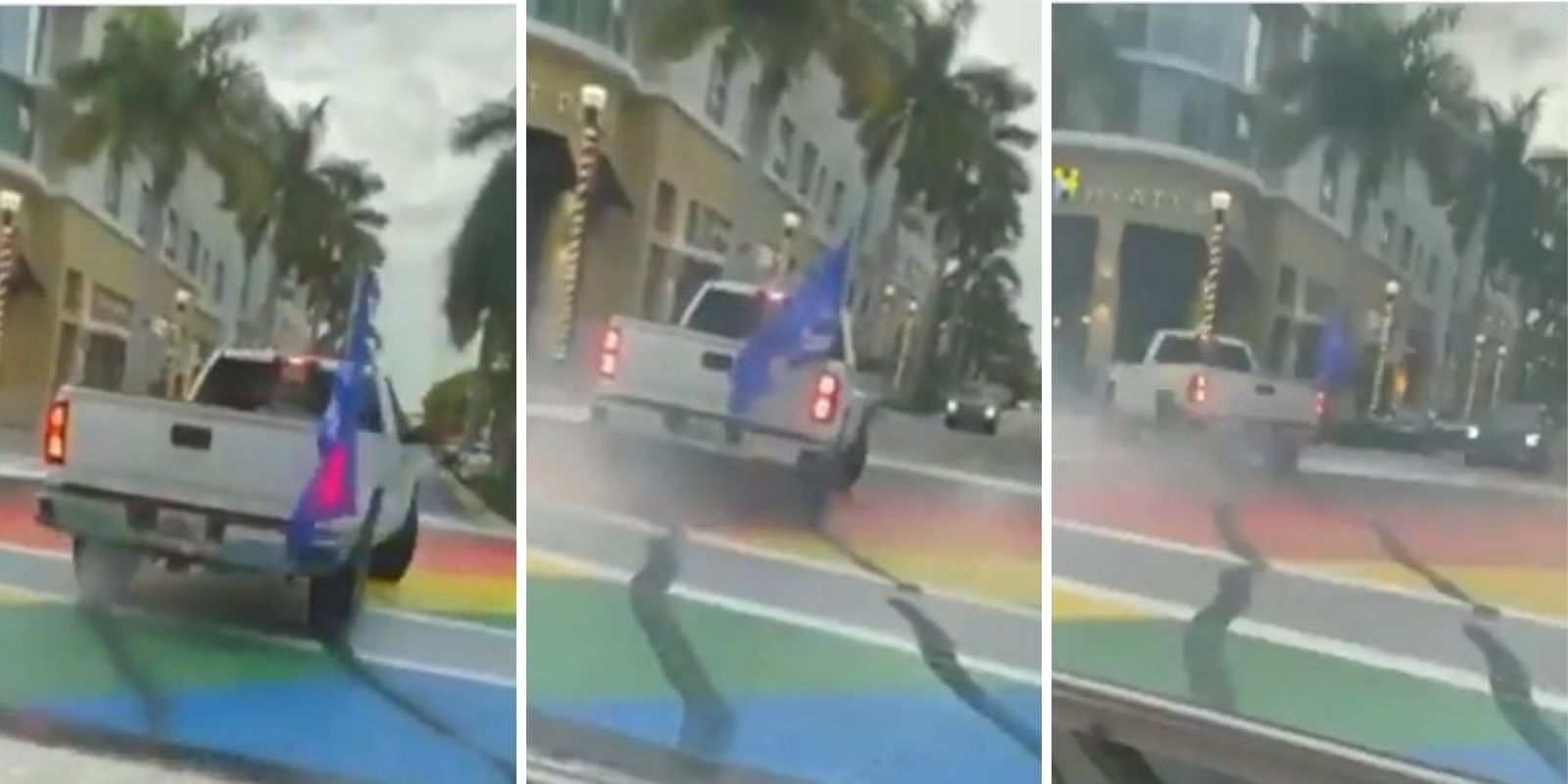 A Florida truck driver is facing a felony charge after he left skid marks on an intersection painted with rainbow colors in celebration of Pride Month.

20-year-old Alexander Jerich, of Palm Beach County, is accused of defacing an LGBTQ-themed crosswalk in Delray Beach by doing an intentional "burnout" while celebrating former President Donald Trump's birthday last Monday. A blue pro-Trump flag was flying on the back of Jerich's truck in the video footage.

According to local outlet WPTV 5, a white Chevy truck, driven by Jerich at the time, drove through the intersection at around 8 o'clock in the evening Monday. The driver burned rubber right in the middle of the intersection, leaving black skid marks over the crosswalk area. The street art, located at Northeast First Street and Northeast Second Avenue, was unveiled last Saturday.

Jerich turned himself in to Delray Beach Police on Thursday and was booked into the main Palm Beach County jail. Jerich was later release on $1,000 bond hours later. He has been charged with criminal mischief over $1000, reckless driving, and evidence of prejudice, which makes the crime a third-degree felony.

The Palm Beach County Human Rights Council (PBCHRC) has asked for an additional charge against Jerich, since the pavement painting was dedicated to the 49 victims who were killed in the Pulse nightclub shootings five years ago.

"BUSTED AND JAILED!" the group wrote on Facebook, celebrating Jerich's arrest. PBCHRC president Rand Hoch added via press statement that if Jerich was convicted of the requested "defacing a memorial" charge, the perpetrator would be responsible for reimbursing the city of Delray Beach for the cost of repairing the damages in addition to the severe penalties for committing a felony.