Following Cuomo resignation, will other governors, like Inslee, be held accountable for COVID deaths?

Cuomo was not alone in issuing his fatal COVID order. Many Democrat governors across the country including high profile names like Gretchen Whitmer of Michigan and Gavin Newsom of California gave similar orders. 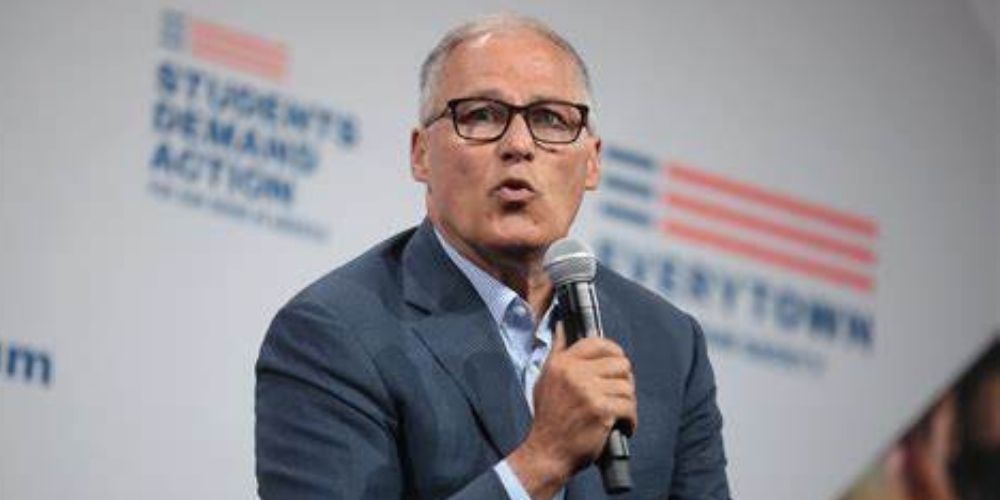 Andrew Cuomo resigned as Governor of New York on Tuesday following a bombshell report outlining allegations of sexual harassment against him, but many see this as justice for the victims of his executive order which sent COVID-positive patients into nursing homes and elderly care facilities. This action led to the deaths of over 15,000 elderly New Yorkers.

Fox News senior meteorologist Janice Dean, a longtime critic of Cuomo's, told Harris Faulkner shortly after the announcement, "I'm in shock, I'm not going to lie. I got a text from my sister-in-law and I texted my husband, and I said 'He's gone.'" Dean lost her in-laws during the disastrous COVID policy implemented by Cuomo.

She then told Faulkner that she had recently attended a memorial service for in-laws and had discussed the possibility of Cuomo resigning, calling today's announcement, "some kind of divine intervention."

“I will say that I believe that being on the side of the angels has helped us, and he has nowhere to go. He had nowhere to go. He was in a corner and people were jumping off the sinking ship like rats. Today’s a good day, but I will say this, Harris, I want justice. I don’t want this to be the end of the chapter. I want those investigations to continue. I want justice for those women, those brave women that came forward, and I want justice for those who have no voice, who are in a grave right now because of his mandate.”

Yet Cuomo was not alone in issuing this fatal order. Many Democrat governors across the country including high profile names like Gretchen Whitmer of Michigan and Gavin Newsom of California gave similar orders.

The week before Cuomo resigned from office, a group of Democrat governors issued a statement calling for the embattled governor to step down. The list of signatures ironically included Pennsylvania Governor Tom Wolf and New Jersey Governor Phil Murphy, both of who issued orders similar to Cuomo regarding elderly care facilities.

One who has escaped much national attention for issuing a similar order is Democrat Governor Jay Inslee of Washington. On Monday,  Inslee announced a requirement for most state workers, and on-site contractors and volunteers to be vaccinated against COVID-19 as a condition of employment including state employees and workers in private health care and long-term care settings, who will have until October 18 to be fully vaccinated.

This is ironic given that it was Inslee whose Department of Social and Health Services issued directives to "transition" COVID-positive patients to primarily to "alternative settings" with nursing homes being the "primary strategy" in order to "…create capacity for hospitals" in exchange for Medicaid funds.

The order was dated nearly three weeks after the virus outbreak in Washington State swept through a nursing home in Kirkland, killing the majority of residents. Following the spread from the facility, Washington became the initial epicenter of the virus in the US.

Additionally, those who contracted the disease but "who no longer were in need of acute care" were eligible to transfer to the nursing homes even if they were not prior residents. Facility staff would then work with the "eligible individual and their family to transition to a permanent home and community based setting of their choice."

A week before the letter was sent, Inslee was issuing proclamations recognizing the need to protect those aged 60 and older from COVID. Many have asked why the facilities were bribed to take the patients rather than seek alternative housing arrangements such as local hotels that would not have posed a risk to other elderly residents. King County, WA bought and rented hotels to be used as quarantine facilities for area homeless.

In March 2020, a US Army field hospital was established at Lumen Field for non-COVID patients, was redeployed elsewhere on April 8 due to a lack of patients which could have been used as an alternative care facility. Inslee made the request due to concerns that local hospitals would be overwhelmed with coronavirus patients and unable to care for everyone who needed medical attention.

Inslee expanded the orders he issued regarding nursing homes to long-term care facilities on March 26, almost a month after the outbreak in Washington nursing homes, in anticipation of hospitals being overwhelmed a need to "…waive portions of licensing statutes and rules" so healthcare facilities could provide alternative beds for COVID patients.

Documents obtained by The Post Millennial showed that the Department of Health (DOH) knew of the risks posed by the virus to the elderly and instructed long term and elderly care facilities on mitigating risk to patients even before the request for the facilities to take infected patients was made.

On March 24, 2020, several days after Inslee’s offer of COVID positive patients in exchange for Medicare funds was made, the DOH released guidelines for accepting these cases into the facilities.

"Accepting a Resident Who Was Diagnosed with COVID-19 from a Hospital. Long-term care facilities should admit residents with COVID-19 who are no longer acutely ill back to their long[1]term care residence. The decision to admit should be based on clinical care needs rather than the need for transmission-based precautions."

The guidelines outlines accepting patients who were "7 days since onset AND 72 hours since resolution of fever without antipyretics and symptoms improving." Testing was not yet widely available and so the document described testing and "Non-test-based' strategies.

Requests from Inslee on behalf of Washington State included Medicaid waivers. "The 1115 waiver would provide enhanced federal funding for local health jurisdictions and services and to create capacity by expediting patient discharge from hospitals." Additionally, data on the DOH website was still being inaccurately reported regarding long term care facilities.

According to the Seattle Times, "nearly 200 nursing homes have experienced at least one outbreak, and some have had multiple, according to the Washington State Department of Social and Health Services. Only a handful of buildings have gone without a single infection. In King County, 455 people connected to nursing homes have died, accounting for a third of the county’s total deaths."

According to The Federalist, many other Democrat controlled states took similar approaches. Michigan, Minnesota, New Jersey, New York and Pennsylvania "nursing homes were required or encouraged to admit COVID-positive patients."

The outlet cited a report which "found a direct correlation between patients discharged by hospitals and COVID-19 cases." Those states, like Washington were also not been transparent with their data.

Additionally, New York, Michigan and Washington all had high ranking heath officials resign suddenly when questions began to surface about the data and the elderly care facilities.

The Department of Justice declined to pursue an investigation into the nursing home deaths in New York. Many feel they were denied justice for their loved ones as do those in other states that have not yet had the national spotlight shined on their fatal decisions.