As Ontario prepares to exit its "reopening roadmap," the Ford government has announced new details, including which restrictions will remain in place. 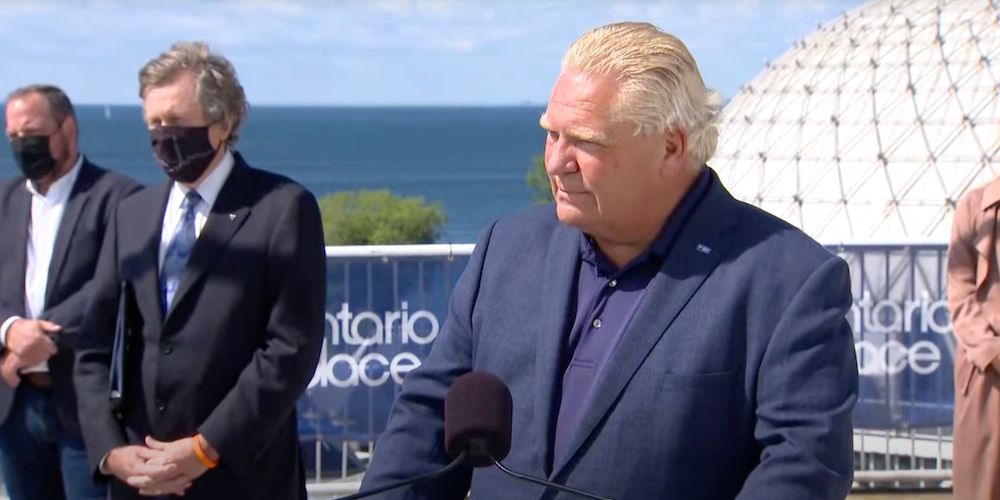 As Ontario prepares to exit its "reopening roadmap," the Ford government has announced new details, including which restrictions will remain in place.

On Friday, Premier Ford's government outlined what Ontarians can expect in the weeks ahead. The province is currently in Step 3 of their "reopening roadmap," which allows essentially all businesses to open their doors, albeit with reduced capacity.

A spokesperson for Health Minister Christine Elliott announced on Friday, however, that "upon exiting the roadmap, the vast majority of public health measures, including capacity limits, will be lifted."

According to CTV News, Ontario's health ministry justified the decision to keep mask requirements in place by saying that it "is consistent with other jurisdictions," and in line with updated CDC Guidance.

Ontario will remain in Step 3 for at least another 21 days, CTV News reports, "until 80 per cent of those 12 and over have received one dose of a COVID-19 vaccine and 75 per cent are fully vaccinated." Currently, those numbers are 80.2 per cent and 68.4 percent, respectively.

The province has been on a steady path to reopening, beginning with Step 1 on June 11th, then Step 2 on June 30th, and Step 3 on July 16th.