With French now out though, the Ford government will find itself at an all too important crossroad. 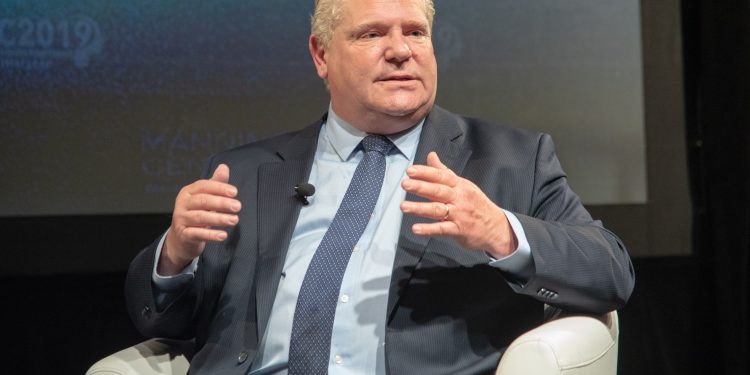 One day after damning reports showing the Ford government had put forward “two patronage appointments” tied to Dean French, the Premier’s Chief of Staff resigned and those appointments were rescinded.

While the resignation came sooner than most within the PC government’s inner circle expected, it was not an outright surprise.

According to TPM sources, individuals across the PC government who had dealt with Dean French, including multiple MPPs and a high-level cabinet minister, had serious complaints and were actively pushing for his removal or restraint.

With French now out, the Ford government will find itself at an all too important crossroad.

With his right-hand man gone, Premier Ford has the opportunity to reset his administration, but only if he learns from past mistakes.

The government does not look moderate or agreeable by putting forward spending cuts, facing backlash, and then quickly back-peddling. It only looks incompetent.

Now, I understand the overall issue hamstringing Ontario is a tough one.

The Ford government is dealing with a sizable deficit and debt, one so large that any cut significant enough to solve the problem is almost sure to cause some level of discomfort. Here’s the crux of the issue.

The one thing people being asked to use less can’t stand to see is their government not leading the way. After fighting the carbon tax, the PC government should have understood that fact better.

When it comes to an austerity budget, the MPPs and everyone else in Ontario are in this together. That overshadows every decision the Ford government makes.

If we have to experience austerity, then we should expect clear communication and leadership.

A cut first, see how much it hurts, and then act later attitude fails to do either of those two things, especially when combined with patronage appointments.

Anthony Furey of the Toronto Sun makes a very interesting comparison between the two in the following tweet.

Like Butts though, even if these were to be seen as French’s mistakes, the blame does not stop at the second in command. It goes all the way to the person at the top.

The Premier was ultimately the man in charge, and the government’s poor communication still falls onto him.

With three years left, I truly hope for the sake of the province that the premier’s newly shuffled cabinet and chief of staff, alongside Ford himself, can get back on message and make up for their mistakes.

Ontario elected Ford with a massive majority hoping for a government that was for the people. Something that would respond to the swampy nature of Queens Park after more than a decade of problematic governance.

I believe one reason the Ford government was elected was because of this video, left by the late Rob Ford.

For all of his faults, this video of Rob Ford highlighting government waste shows exactly what the electorate expect and how they want it done.

The road map is there. All that’s left is for the Ford government to follow it with perhaps some slight modifications.