"This is the largest mass detention of a minority community since the Holocaust." 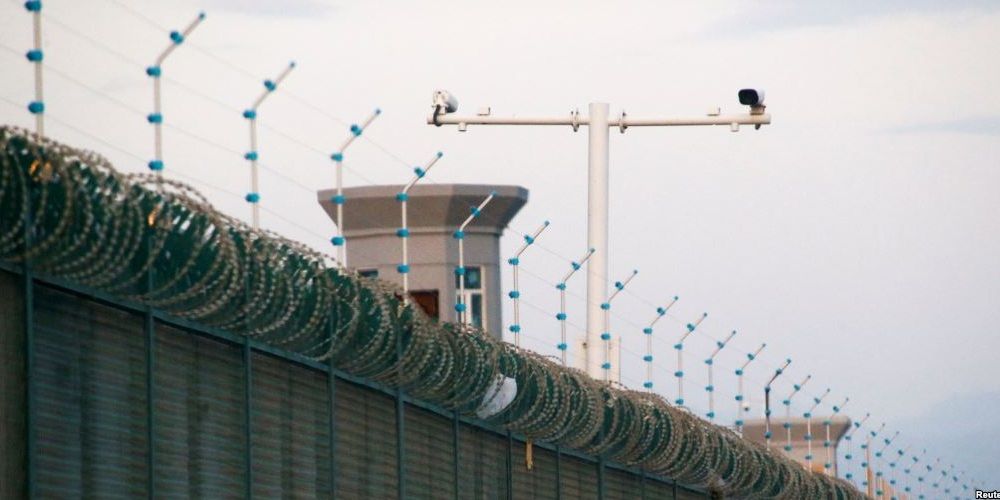 The Parliamentary Subcommittee on International Human Rights, a subcommittee of the Committee on Foreign Affairs and International Development, stated in a press release on Wednesday that the Chinese government is engaging in an act of genocide against the minority Uyghur population of Xinjiang in northwestern China.

The Uyghurs are an ethnic group of predominantly Muslim adherence. They primarily reside in the Tarim Basin of Xinjiang and the region's capital of Urumqi, with significant populations in Central Asia and Turkey.

"The Subcommittee is persuaded that the actions of the Chinese Communist Party constitute genocide as laid out in the Genocide Convention," the subcommittee stated. It marks the first time that the Canadian government has officially described China's persecution of their Uyghur minority as a genocide.

"The Subcommittee heard that the Government of China has been employing various strategies to persecute Muslim groups living in Xinjiang, including mass detentions, forced labour, pervasive state surveillance and population control," the subcommittee reported. "Witnesses were clear that the Government of China’s actions are a clear attempt to eradicate Uyghur culture and religion."

Despite the subcommittee being dominated by Liberal MPs, Foreign Affairs Minister François-Philippe Champagne stopped short of affirming their conclusion, stating “Canada takes allegations of genocide very seriously," according to The Globe and Mail. He called on Canada to work with their allies to further investigate these "allegations" "through an international independent body."

Former Canadian Ambassador to China David Mulroney disagreed with the foreign minister's characterization of the report as "allegations," arguing “these are facts and we have documentary evidence. We have photographs and we have personal testimony, so it is more than allegations. These are the most serious human-rights violations of this century.”

The subcommittee ultimately argued that the government of Canada must "impose sanctions under the Justice for Victims of Corrupt Foreign Officials Act on all Government of China officials responsible for the perpetration of grave human rights abuses against Uyghurs and other Turkic Muslims."

The report details mass detention being employed by the Chinese government. "Nearly 2 million Uyghurs and other Turkic Muslims are being detained, including men, women, and children as young as 13 years old," the subcommittee discovered.

"[This] is the largest mass detention of a minority community since the Holocaust." They additionally described the camps in which prisoners are held as "concentration camps."

Prisoners are not charged with a crime, and there are therefore "no legal proceedings, they do not receive a sentence and, consequently, it is not clear how or when they are to be released." Witnesses described being "cut off from the outside world and prevented from communicating with their families."

The subcommittee specifically named Huseyin Celil, an ethnic Uyghur citizen of Canada who has been arbitrarily detained by the Chinese government since 2006.

According to the subcommittee, prisoners are only allowed to speak Mandarin Chinese, are forced to adopt "Chinese culture and traditions," and are compelled to "sing praises to the Chinese Communist Party and the Chinese President, Xi Jinping." Prisoners regularly have their DNA forcefully collected from them in order to determine whether their organs are compatible for harvesting, a practice which is particularly employed against Falun Gong prisoners.

An international tribunal concluded earlier this year that the Chinese government is making at least $1 billion per year from the lucrative black market trade of organs. The report described China as engaging in organ harvesting practices which "match the cruelty and wickedness of medieval torturers and executioners." The Chinese government says it has phased out the harvesting of organs from dead prisoners since 2014.

Punishment for disobeying authorities is "swift and violent," with women  in particular being subject to sexual abuse, including the sexual abuse of children, when they fail to abide by the rules. Many female detainees were injected with unknown fluids which caused them to lose their menstrual cycle.

The report also describes the use of forced labour by the Chinese Communists, which they say has been employed since 2018. Most shockingly, the report asserts that "this forced labour is integrated into the supply chains of many large international corporations and contributes to the production of many products sold in Canada and other western nations." The report called for these supply chains to be investigated by the government.

The use of Uyghur forced labour by major international brands has been well documented. A report from March of 2020 compiled by Chinese-Australian researcher Vicky Xiuzhong Xu implicated 83 major international brands as being complicit in the use of Uyghur forced labour. Companies which have been accused of complicity in China's ongoing genocide of Uyghurs include Nike, Amazon, Apple, Victoria's Secret, Google, General Motors, Huawei, Microsoft, and more.

According to the report, surveillance is pervasive in "every corner of Xinjiang," and, according to witnesses, the region has "essentially become a police state." The Chinese government employs a variety of surveillance tactics "to track every movement and communication." The report continues by asserting that international corporations, including Canadian corporations, are actively profiting from the surveillance state which the government of China has established.

In effect, the mass surveillance by the government of China has had a destructive impact on Uyghur culture, even among those who have not been hauled off to concentration camps. "Participating in Uyghur arts and cultural events, particularly those that take place in public spaces, is no longer safe," the report states. The subcommittee also stated that Chinese mass surveillance tactics have been deployed internationally, including in Canada, resulting in Uyghur activists abroad being threatened and intimidated by Chinese Communist Party agents.

The report briefly discusses the use of population control methods by the Chinese Communist Party against Uyghurs, describing the use of intrauterine contraceptive devices (IUDs) which require surgery to remove, forced sterilization, and forced abortions. Some 80% of Uyghur women in Xinjiang have been subjected to birth control without their consent, and the population growth rate of the region has plummeted by 84% since 2016.

Such population control methods have been documented by the Chinese government itself. Foreign Policy reported in July direct quotations from the 2019 family planning budget for a city in southern Xinjiang stating "[target] 1: target population for intrauterine contraception device placement 524 people" and "[target] 2: [target] population for sterilizations 14,872 people.” Another nearby county was targeting a "figure of 5,970 intrauterine contraception device (IUD) placements and 8,064 female sterilizations for that year."

Speaking before the United Nations at a virtual assembly earlier this month, US Education Secretary Betsy DeVos went even farther than the report on this matter, claiming that the "Chinese Communist Party has been responsible for the murder of millions of baby girls through brutal population controls on industrial scale." She implicated the United Nations as being complicit in China's actions. The allegations were criticized by Natalia Kanem, the Executive Director of the United Nations Population Fund (UNFPA). President Donald Trump cut American funding to UNFPA in 2017, alleging that it supports "a program of coercive abortion or involuntary sterilization" within China.

The subcommittee recommended a number of policies which the Canadian government could pursue to combat the ongoing genocide in China.

The subcommittee recommended that Canada create an "exceptional refugee stream" of Uyghurs from Xinjiang, especially for human rights defenders. The report noted, however, that Uyghurs who flee China often will have their family subject to arbitrary detention, similar to policies employed against defectors in North Korea. The report offered no recommendations on how to mitigate this problem.

The report additionally noted that the motive behind the Chinese government's genocidal actions is fundamentally economic, as Xinjiang is an important part of China's Belt and Road Initiative, which seeks to expand China's economic influence around the world. As a result, the Chinese government is seeking to maintain greater control over the region, which has often pushed for more autonomy. The region is also rich in oil, which China largely imports. According to the report, the Chinese government's solution to this problem is to seek "the elimination of Uyghurs and other Turkic Muslims in the region."

The subcommittee quoted the famed human rights activist and former Canadian Minister of Justice Irwin Cotler. “What we have here with respect to the Uighurs is a classic case study of such war crimes, crimes against humanity and, as I and others have mentioned, acts that are constitutive of genocide. That warrants our involvement, under the responsibility to protect doctrine, to initiate, undertake and implement the panoply of remedies that were heretofore recommended before your committee, some of which I recommended in my testimony, this being part of the responsibility to protect doctrine.”