An ex-spokesperson for the group has publicly criticized how the practice of finding greener ways of living is being diluted by ideological rhetoric. 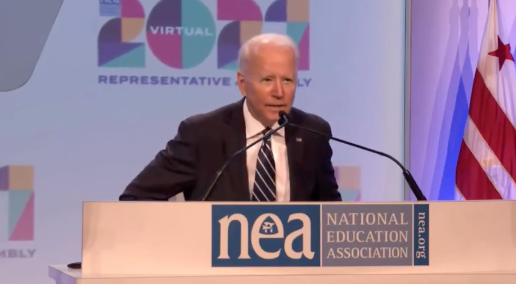 An ex-spokesperson for the group has publicly criticized how the practice of finding greener ways of living is being diluted by ideological rhetoric.

Weeks ago with the Project Veritas insider expose about CNN’s leading staff, we had a higher-up at the network directly say that climate change is the outlet’s next big thing, after the pandemic news chatter died down.

Quillette has taken up CNN on their climate change embracement challenge.

Today the outlet published an op-ed by someone named Zion Lights. Based out of the UK, Ms. Lights was a spokesperson for Extinction Rebellion up until last year (she left in June 2020).

What you’ll see in this new piece from Lights is a demonstrable evolution in her stance on the climate issue. Fresh out of the Extinction Rebellion organization last year, she took to the Daily Mail to denounce their doomsday rhetoric as a main factor in her decision to leave.

Ms. Lights mentioned a disastrous BBC interview from October 2019 that served as a red-pilling game changing moment that started her on a better path of understanding.

That’s still present in the Quillette piece. But Zion Lights now describes an immensely furthered understanding about the promises of nuclear power, from her perspective:

“The element of nuclear energy however has long been rejected by most of the major green groups, including Greenpeace and Friends of the Earth globally, the RSPB in the UK (which allowed a gas plant on one of their reserves but is protesting a nuclear plant on another), and the Sierra Club in the USA. Some individual scientists and activists have joined them in calling for 100 percent renewable grids without nuclear power despite the fact that it is not feasible—in fact only five countries with large electrical grids have low carbon emissions and they rely on constant large-scale hydropower and nuclear energy, with a little intermittent solar and wind power on top.”

It’s from this train of thought that we as readers are best introduced to the rest of Zion’s point of view. Mainly the fact that the cloud of confusion introduced by politicization has obfuscated the public’s willingness to accept nuclear power as a green energy solution. She cites headlines from UK media outlets that seem to pigeon-hole nuclear (and hydrogen) energy into a separate technology class, while renewables are on their own and hoisted up as the only solution to defeat climate change.

The simple fact of nuclear power plants being replaced by fossil fuels after plants are shut down speaks volumes. But so do the recent reports suggesting that China is the worst polluter of greenhouse gases than the rest of the developed world combined.

The Biden administration would make more meaningful progress forcing China to accept this harsh truth, in contrast to the White House’s elaborate focus stateside to be more “eco-friendly.”

But when we take a step back and address the politically charged twinge added to the climate change discussion, we can understand the same discontent that Zion Lights came to feel. She gripes that in the discourse landscape of 2021 it’s impossible to have a discussion about climate activism purely focused on that. Now activists are obligated to talk about “systemic change” in the same vein as the Black Lives Matter public discussion demands of itself.

A situation where the likes of billionaire Elon Musk’s actions can’t be replicated. After Tesla publicly announced their stoppage of accepting Bitcoin on the basis of “climate” concerns, shockingly just last week Musk got Bitcoin’s top miners together to commit to being more renewable energy focused.

Instead we’re left with Greta Thunberg as the go-to “leader” for climate activists. Someone most known in the public consciousness as screaming “how dare you” at the United Nations back in September 2019.

For the other thing Greta is known for, we need to fast forward to February 2021. That’s when Ms. Thunberg publicly shared a “toolkit” google document of instructions for activists, in relation to how Twitter could be best taken advantage of by personalities to raise awareness about Indian farmers on strike.

In contrast to Greta’s political theater, the Quillette piece by Zion Lights focuses on the need for an objective and calculated discussion surrounding climate change. Her new group emergencyreactor.org vows to commit to delivering on exactly that premise.