In a video of the incident, Eastman can be heard repeatedly asking the FBI agents to see a warrant as they search him and take his cell phone. 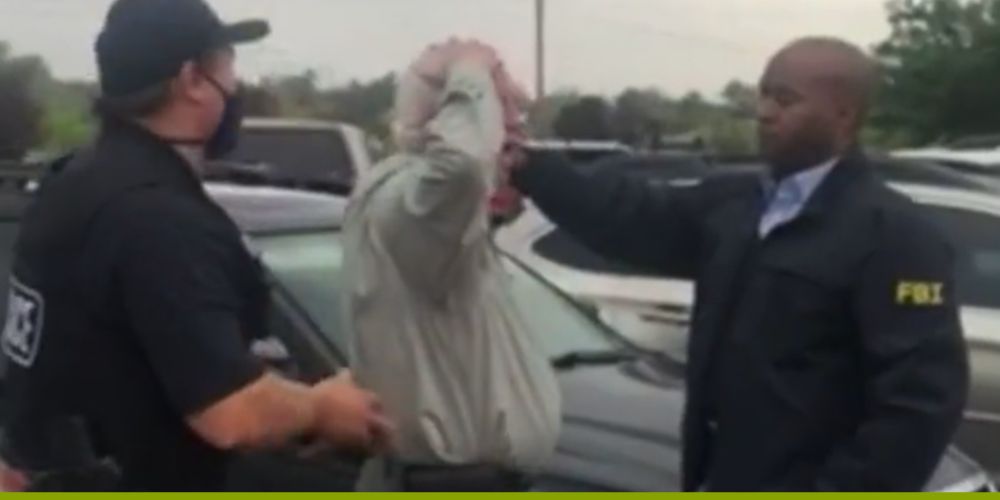 John Eastman, who worked as an attorney for former President Donald Trump, had his cell phone seized by the FBI last week, in what his lawyers call an unlawful action. In a video of the seizure, Eastman asked to see the warrant, only to have his property seized prior to that warrant being shown.

In a lawsuit, Eastman is seeking to have the Department of Justice return his phone and to destroy copies of any information that was taken from it. Tucker Carlson, reporting on the Eastman lawsuit on Monday night, noted that former Trump aide Jeffrey Clark, too, had been raided and served a warrant by the FBI. The contents of that warrant were not revealed.

The lawsuit alleges that the FBI carried out the seizure on the behalf of the DOJ's Inspector General's office. According to Eastman, that office exceeded its authority because he does not work for the Department of Justice.

In a court filing Monday, Eastman's lawyer called the FBI's seizure of his device last Wednesday in New Mexico, while he was eating at a restaurant with friends, unlawful. According to the attorney, FBI agents forced Eastman to unlock his iPhone using his biometric data, which was then used to access his email accounts.

In a video of the incident, Eastman can be heard repeatedly asking the FBI agents to see a warrant as they search him and take his cell phone. In the video, Eastman is not provided a copy of the warrant until after the agents seized the device, which he notes.

On Fox News Monday night, Tucker Carlson asked Eastman if he knew what he did wrong in order "...to be treated like a dangerous criminal by your government that you pay for?"

Eastman replied, "Well, we don't know because the warrant doesn't say. It authorizes them to seize my phone and all the information contained in the phone. But there's no indication of any crime that this is connected to."

He continued, "That's apparently in an attach in an affidavit, but the affidavit wasn't attached to the warrant. The Fourth Amendment's very clear here, when they search and seize your property, they have to give a particular description of the things to be seized, and saying it's identified in the affidavit, if they don't attach the affidavit, doesn't qualify. The courts have been very clear about that. So, this warrant is invalid on its face."

Eastman added, "But more importantly… the authority to seize all of my information, in a modern smartphone, that's access to all my private financial records. I'm an attorney. It's access to all my privileged communications with nearly a hundred different clients that I have currently. All this stuff… is what we used to call a 'General Warrant,' that the British king issued to just go rummage through somebody's belongings to see if they could find evidence of some crime."

"The very reason we have the Fourth Amendment is to prevent that kind of abuse. And yet that's what they're doing here."

Carlson replied, "And it's just another reminder to anyone who didn't vote for Joe Biden to erase your texts and emails every single day. And that is a sincere piece of advice I hope everyone follows."

"But they haven't charged you with a crime," Carlson noted. "They've given you no evidence that they're going to charge you with a crime, but they treat you like a drug king pin or a rapist and seize your phone. Is this legal?"

Eastman replied, "I don't think so….as an attorney, I have ethical obligations to do everything I can to protect the privileged communications with my clients, so we will be filing a motion, it's called a 'Rule 41' motion, to retrieve my phone, to retrieve any information they've taken off of that phone that they have illegally seized from me, and will be doing that in short order."

Eastman noted, "The other thing they're doing is they're forcing those of us that don't bow the knee to the Biden administration to rack up hundreds of thousands of dollars in legal fees, trying to protect our constitutional rights and those of our clients."