A coalition of oil and chemical companies has challenged the order in Federal Court as "wrong in law" and "based on conjecture, not evidence." 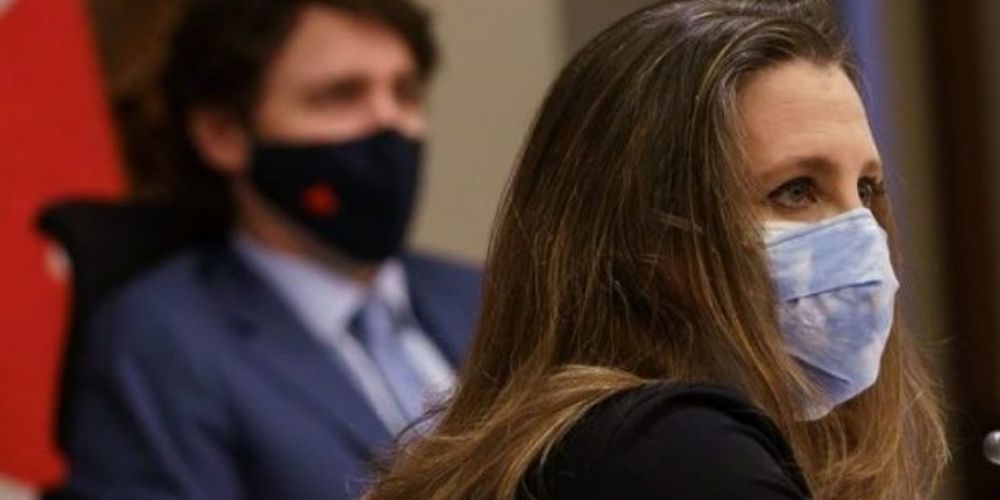 Speaking in a videoconference with post-secondary students in Winnipeg, Freeland said voluntary measures were insufficient, according to Blacklocks. "I think we as a government, as a country, as Canadians need to understand that when we’re talking about such key issues like the health of our communities, the health of our environment, at the end of the day voluntary compliance by companies is not going to be enough," she said.

"There are a lot of great companies out there, but I think it’s really important, you know, just the way when we’re driving a car, you don’t just have voluntary compliance with red lights and stop signs and speeding," said Freeland. "We have clear rules and then everyone knows they have to follow them and that’s for the safety of our communities."

"I think we definitely have to do the same thing when it comes to the environment," said Freeland. "That’s something our government has really been focused on and will continue to be." The federal government said they are committed to banning single-use plastics. "I think that’s an important step in this broader recycling direction. We’re working to have zero plastic waste by 2030."

Cabinet on May 12 listed "all plastic manufactured items" including toys, textiles, kitchen appliances, carpets, bottling and packaging as toxic under the Canadian Environmental Protection Act. A coalition of oil and chemical companies has challenged the order in Federal Court as "wrong in law" and "based on conjecture, not evidence."

"Plastic manufactured items leapfrogged from political commitment to a toxic designation without any testing or risk-based assessment," lawyers wrote the Court. "This is precisely the mischief the Act’s rigorous, science-based scheme was intended to avoid."

"There is no question that littering occurs or that some items that are littered are plastic," lawyers wrote the Court. "However this is not sufficient to ground federal regulatory jurisdiction over plastic manufactured items as a toxic substance."

"The existence of a threat of serious or irreversible damage must be evidenced by a credible body of sound scientific evidence," read the plaintiffs’ statement of claim. "The order does not rest on scientific data evaluated through sound, credible and transparent analysis."

Cabinet in a separate order last October 10 said it would impose an outright ban on the sale of plastic single-use checkout bags, polystyrene food containers, drinking straws, stir sticks, cutlery and six-pack rings. The ban is to be detailed with enforcement measures by December 31.