New confrontations reported between Antifa and right-wing groups in Sacramento

On Saturday afternoon, Antifa and right-wing militias squared off again in downtown Sacramento, a city where violent confrontations continue. 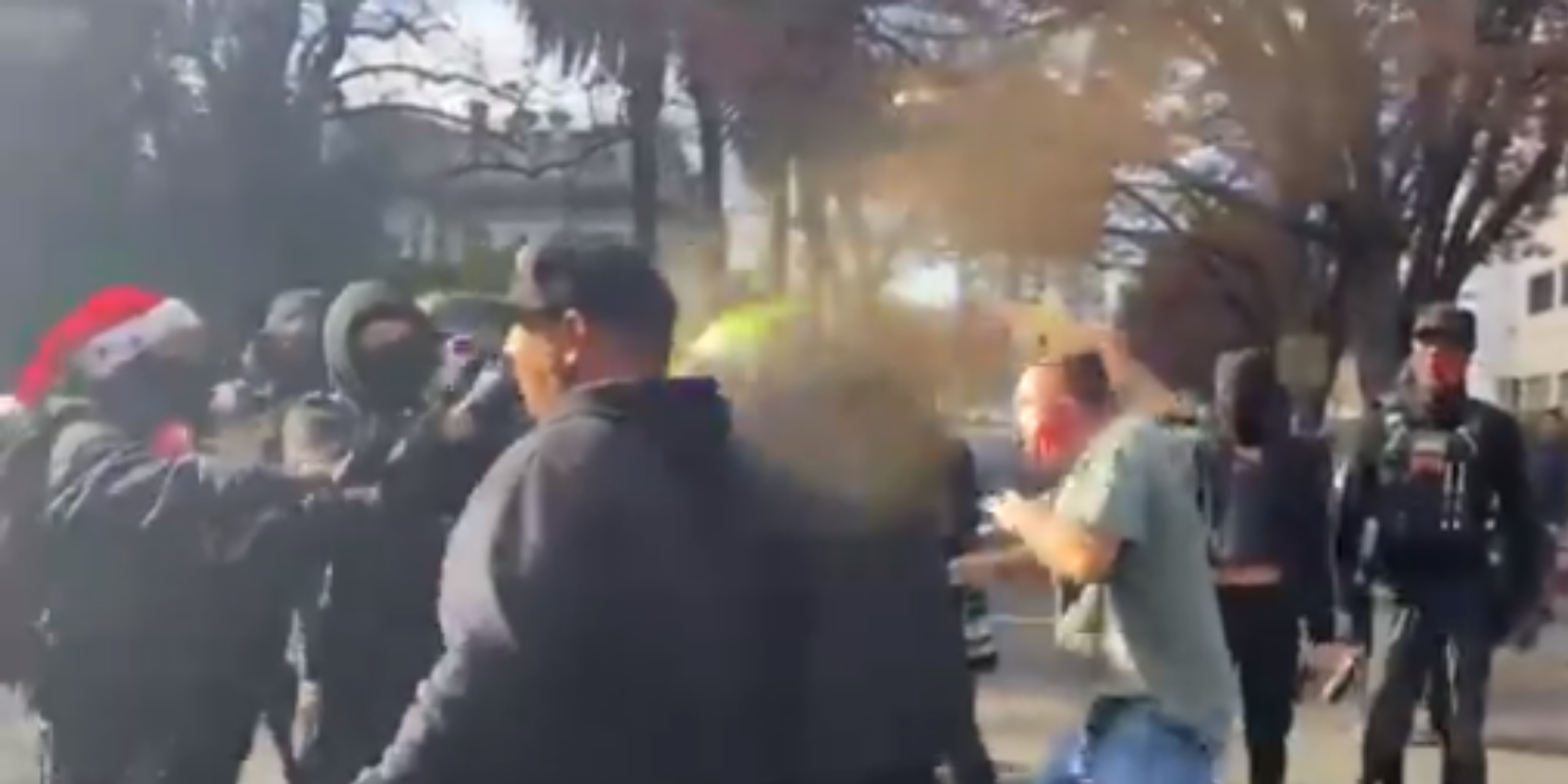 On Saturday afternoon, Antifa and right-wing militias squared off again in downtown Sacramento, a city where violent confrontations continue.

In the video, an angry verbal confrontation can be seen between the two groups. Then, an Antifa member pulls a can of mace out of his pocket and sprays an opponent.

There is a lot of back-and-forth in the 27-second video, with multiple instances of people being sprayed.

Another video, released less than half hour before the previous one, shows Indians confronting the Antifa people for using the noxious spray:

"You guys got little kids getting pepper-sprayed” One of the Indian Farmers protesters chastises Antifa for the use of pepper-spray, stating that there are children out at their protest being affected #Sacramento#Antifa#FarmersProtest"

In the above video in the tweet, there is not direct physical violence, just a verbal confrontation, which goes on for just under a minute, with an Indian repeatedly cursing out the Antifa people present.

Precisely today, the US's Indian population is also out in numbers along with others in solidarity protesting government actions in their home country that are affecting farmers.