Antifa members beat man in Sacramento alley, threaten journalists, "Do not film this!"

Members of Antifa's infamous "Black Bloc" were caught on film beating a man with weapons on Saturday in an alleyway in Sacramento. 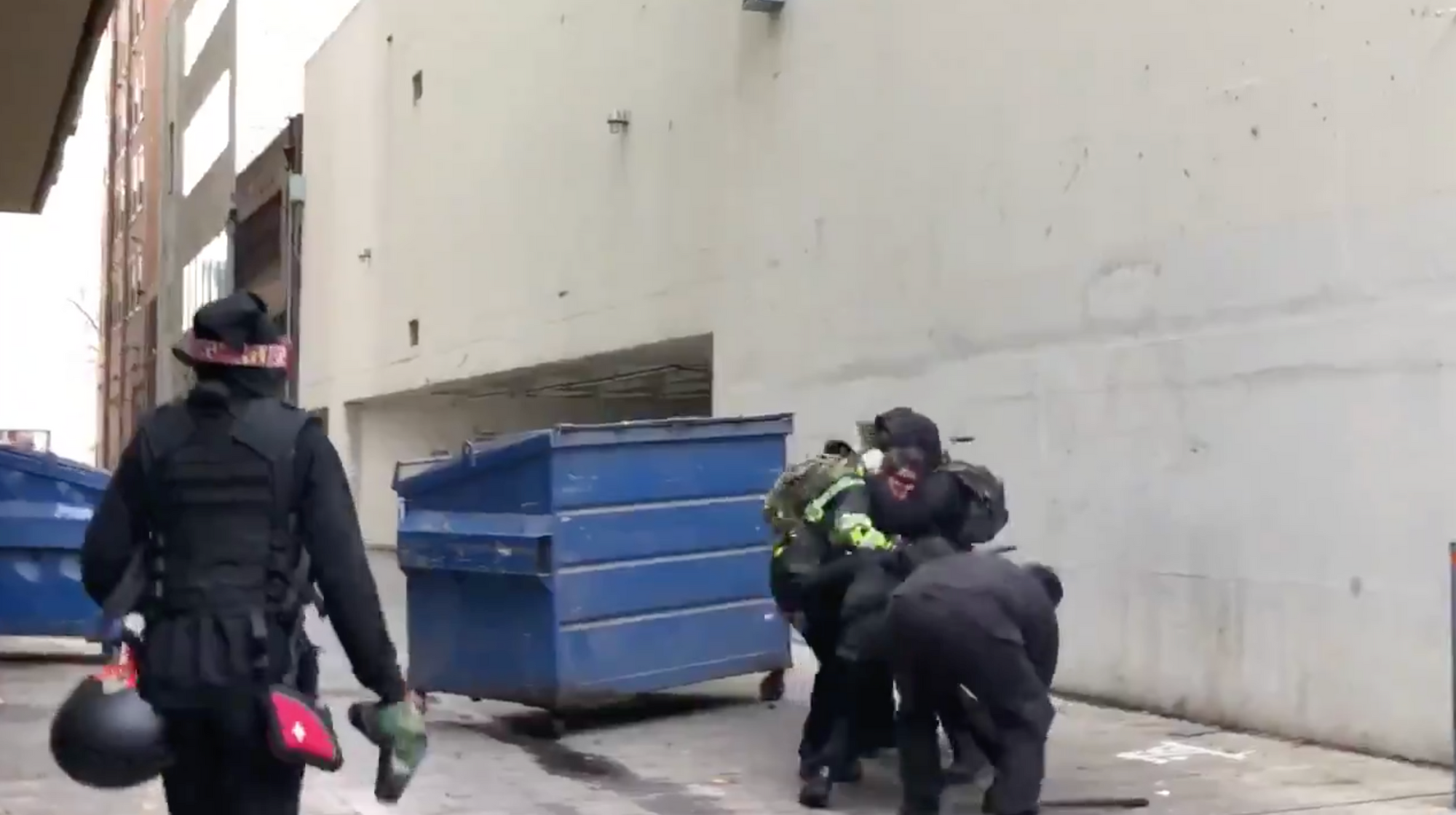 Antifa "Black Bloc" militants were caught on film beating a man with blunt weapons Saturday in an alleyway in Sacramento.

"Antifa black bloc chased a man into an alley in Sacramento, Cal. and beat him with weapons yesterday. Their comrades tried to stop journalists from filming. Video by @SRodd_CPR:" journalist Andy Ngo's tweet read.

The video starts out with a loose group of people chanting, one person throws a bottle towards a man standing down the road.

The journalist capturing the footage is Scott Rodd, who works for Cap Radio according to his Twitter account. On Twitter, he says that it was a day of violent protests and clashes between Antifa and other groups in Sacramento.

Rodd starts running after the quickly-moving mob of people dressed in the regalia of Antifa's Black Bloc.

The camera pans to an alleyway  just to the right of a dumpster.

A group of people dressed in the black uniforms have surrounded a man in body armor, and are viciously beating him. One man can be seen clearly hitting the victim repeatedly with a nighstick.

The beating lasts for several seconds until someone opens an umbrella to block Rodd's camera. Another person steps in blocking the camera's view of the violence.

Someone's voice can clearly be heard saying "Do not film! Do not film this!" getting closer to the camera. Rodd is now surrounded by Antifa.

Immediately after, there are repeated calls to leave the scene from several people. The Antifa run away, leaving the lone victim in a kneeling position, which the camera focuses in on.

Perhaps the most poignant moment on Twitter on Sunday was a response by a fellow user, alluding to the argument that Antifa is only about ideas and does not have an organized militant element and therefore should be protected:

"An idea assaulting someone again."