"Of all the other means of identifying and tracking subjects, digital identity poses perhaps the gravest technological threat to individual liberty yet conceived," said Michael Rectenwald. 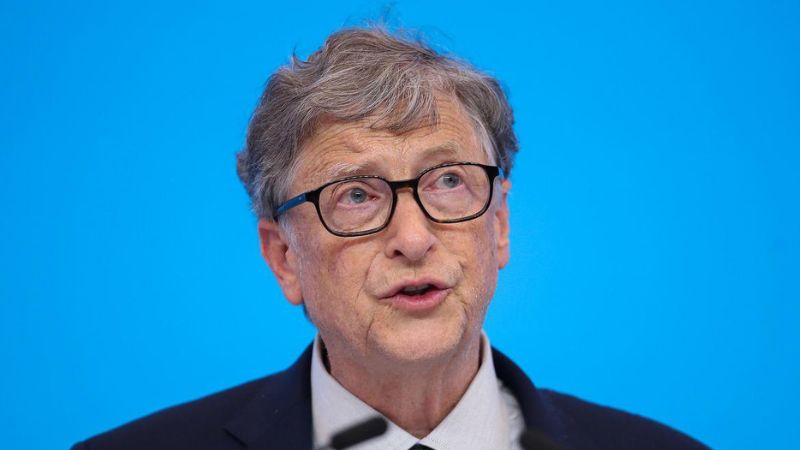 The Bill & Melinda Gates Foundation has been revealed to have pledged $1.27 billion in funding towards achieving the UN Sustainable Development Goals, with a portion of this going towards invasive technologies.

In a press release issued on September 21, following the United Nations General Assembly week, the foundation stated that $200 million of this sizable fund would be going towards expanding "Digital Public Infrastructure."


"This funding will help expand infrastructure that low-and middle-income countries can use to become more resilient to crises such as food shortages, public health threats, and climate change, as well as to aid in pandemic and economic recovery. This infrastructure encompasses tools such as interoperable payment systems, digital ID, data-sharing systems, and civil registry databases," the press release states.

Speaking with The Defender shortly after this monetary pledge, Michael Rectenwald, author of "Google Archipelago: The Digital Gulag and the Simulation of Freedom," warned of the negative consequences of digital identifications.

"Of all the other means of identifying and tracking subjects, digital identity poses perhaps the gravest technological threat to individual liberty yet conceived," he said. "It has the potential to trace, track and surveil subjects and to compile a complete record of all activity, from cradle to grave."

"Digital identity will serve as a means of coercion and enforced compliance with the outrageous demands of a vaccine regime that will have no end," he added. "It is no wonder that the Bill & Melinda Gates Foundation is funding this invasive, rights-abrogating technology, given Gates’ investments, both financially and ideologically, in coercive neo-Malthusian and arguably eugenics-friendly methods."

One such method of these digital IDs comes in the form of China’s social credit system, in which its citizens are surveilled in every day life, with infractions being delivered if a citizen missteps.

As Wired reported: "China's social credit system expands that idea to all aspects of life, judging citizens' behaviour and trustworthiness. Caught jaywalking, don't pay a court bill, play your music too loud on the train — you could lose certain rights, such as booking a flight or train ticket."

While there’s currently no overarching social credit system implemented in the country, with individual private systems currently implanting their own scores associated with different data, Wired reports that the target goal of the government is for a country-wide "unified social credit code" which is linked to a permanent record.

One such private project, Sesame Credit, stores data on its 400 million customers, deducting points for things like playing too many video games, or adding points if you’re a parent. In addition, the project also has an optional component in which a person can link their Sesame Credit score on their dating profiles.

While some citizens can receive a low credit score, others can be blacklisted entirely, losing the abilities to things like buy plane tickets or take out loans.

The foundation’s sixth annual Goalkeepers Report has stated that "nearly every indicator of the Global Goals is off track at the halfway point for achieving them by 2030."

Leaders from 193 countries agreed to Sustainable Development Goals in 2015, with the end date target being 2030.