"Parents must be a part of the education process when teaching sexuality to students. And it definitely doesn't need to happen under the age of 10 years old," he concluded. 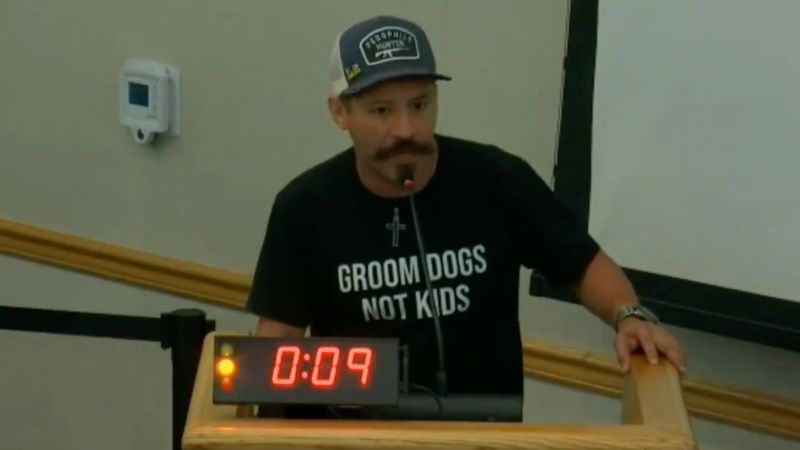 Hannah Nightingale Washington DC
Sep 23, 2022 minute read
ADVERTISEMENT
ADVERTISEMENT
At a school board meeting in California on Tuesday, Mario Presents of Gays Against Groomers issued a scathing speech against the school district regarding the teaching of gender identity and sexual orientation to young students.

Presents told the Conejo Valley School Board that he is the uncle of two students in the district. "It has come to our attention," he said, "that the district intends to teach transgenderism to children under the age of 10 without parental consent."

"If I were to teach your child about my sexuality without your consent or involvement, I'd be arrested. But when the school district does, its education. Districts are teaching transgenderism when they should be teaching science, math and language. Instead, teachers are hiding student pronouns from their parents under the guise of gender affirmation," said Presents.

He noted that there would be an "uproar" from parents if the school was "evangelizing or baptizing children" without consent of the parents.

"Isn’t that sort of what you’re doing?" He asked.

"You don't tuck these children in at night. You don't teach them to stand up to bullies. You don't pay their medical bills. And you certainly don't hold their hands in the hospital. These parents do," Presents said.

In order for society to flourish, Presents said that "simple truth based in science" needs to be upheld.

"The gross indoctrination we're seeing is creating a lifetime of medication and hormones because you can't simply pause puberty. Men cannot become women, and sex chromosomes are encoded into the fabric of our DNA," said Presents.

"Simply affirming a teenager's gender is akin to affirming anorexia. Both are body dysmorphic disorders yet we don't teach the starving teenagers how to binge and purge or affirm that they are indeed overweight. However, school districts including yours seem to have no issue secretly teaching girls that they can be boys because they feel uncomfortable in their bodies."

He said that "grown women can’t get a hysterectomy without extensive medical forms and doctors visits," and yet "Dr. Sofia over the hill in Sherman Oaks is willing to do top and bottom surgery, sterilizing children for life."

"Parents must be a part of the education process when teaching sexuality to students. And it definitely doesn't need to happen under the age of 10 years old," he concluded.

This school board meeting comes months after another board meeting where parents expressed their outrage over the fact that their young children were being taught about gender identity and sexual orientation without their knowledge.

One family discovered that this was being taught only when their young daughter came home and told them that a female student in their class had been reintroduced to classmates with a male name, and the teacher read the book "Call Me Max," which centers around a transgender student, to explain what was happening.

Parent Steve Schneider spoke at that school board meeting along with other parents, stating that "No matter your position, I think we can all agree that schools need to include parents before teaching things other than basic education."

"I came to CV USD in the past and voiced my concerns only to be brushed away like I meant nothing. There was no inclusion then, there's no inclusion now. I'm not sure how or why you would think that an eight year old could understand what transgender even means," Schneider said.

Schneider said that the book had only confused his daughter more, telling the school board that "I wonder if people consider this or if you had discussed inclusion in one breath and in the other you exclude parents."

"I received an overwhelming amount of support in the last few weeks including parents with kids in the same class as my daughter," he said. "The quiet ones are starting to speak up and you should be concerned."

Ahead of Tuesday’s school board meeting, Schneider along with 30 other parents handed out over 5,000 fliers to 22 different schools advertising the meeting. 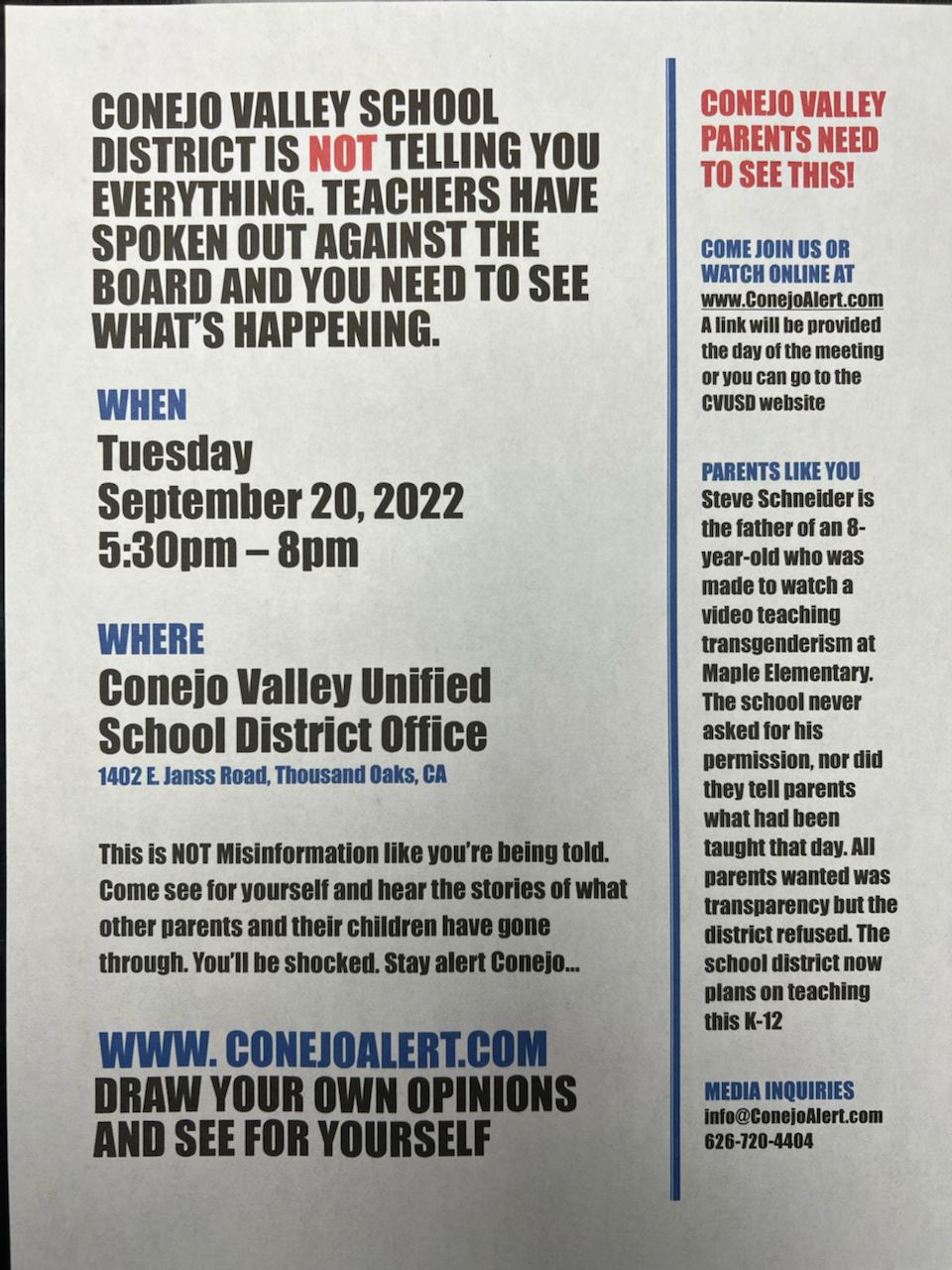 "Conejo Valley School District is not telling you everything," the flier states. "Teachers have spoken out against the board and you need to see what’s happening."

"This is NOT Misinformation like you’re being told," the flier continued. "Come see for yourself and hear the stories of what other parents and their children have gone through. You’ll be shocked. Stay alert Conejo."

Speaking with The Post Millennial following the Tuesday school board meeting, Schneider said "the Conejo Valley Unified School District Board seems to think I co-parent with them. I don't."

In response to concerns raised by Schneider in June, the Superintendent sent out a letter reaffirming their commitments to "inclusion" and "unity," stating that "In the Conejo Valley Unified School District we proudly serve ALL students and even more proudly affirm to be a place where ALL students belong."
ADVERTISEMENT
ADVERTISEMENT
Gays Against Groomers Mario Presents