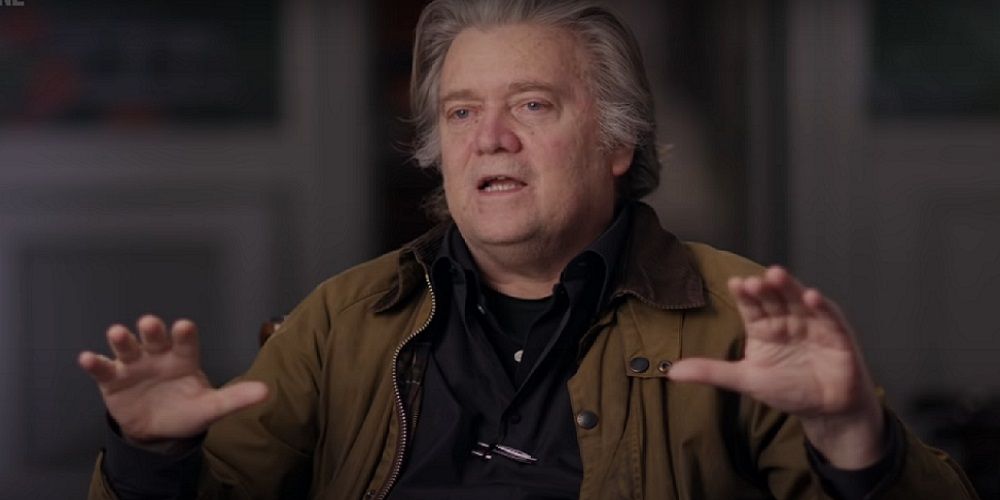 "In accordance with our strikes system, we have terminated Steve Bannon's channel 'War room' and one associated channel for repeatedly violating our Community Guidelines," a YouTube spokesman said in a statement.

The interview that preceded the ban occurred only days after the violent storming of the Capitol building in Washington D.C. by Trump supporters. Steve Bannon's War Room podcast channel along with a second channel associated with Bannon's content were reportedly removed, CNet reports.

A social media crackdown on pro-Trump and election fraud rhetoric came in the aftermath of January 6th's events in D.C. Many conservatives and right-wing persons, including the President, have been barred from Google and Facebook platforms as well as Twitter.

YouTube said that Bannon's rule violations are not in accordance with a new policy they instituted Thursday, a day after the storming of the Capitol. The new policy says that the platform can issue strikes against accounts putting out false claims regarding election fraud.

Two strikes were issued to Bannon Thursday for two videos that allegedly violated this new policy, added to a strike he received in November for calling for the beheading of Dr. Anthony Fauci on his show, CNet reports. Three strikes are necessary to be removed from the platform, according to YouTube's terms of service.