Google search results had not been differentiating between pregnancy centers that seek to help women, and those that offer pregnancy termination. 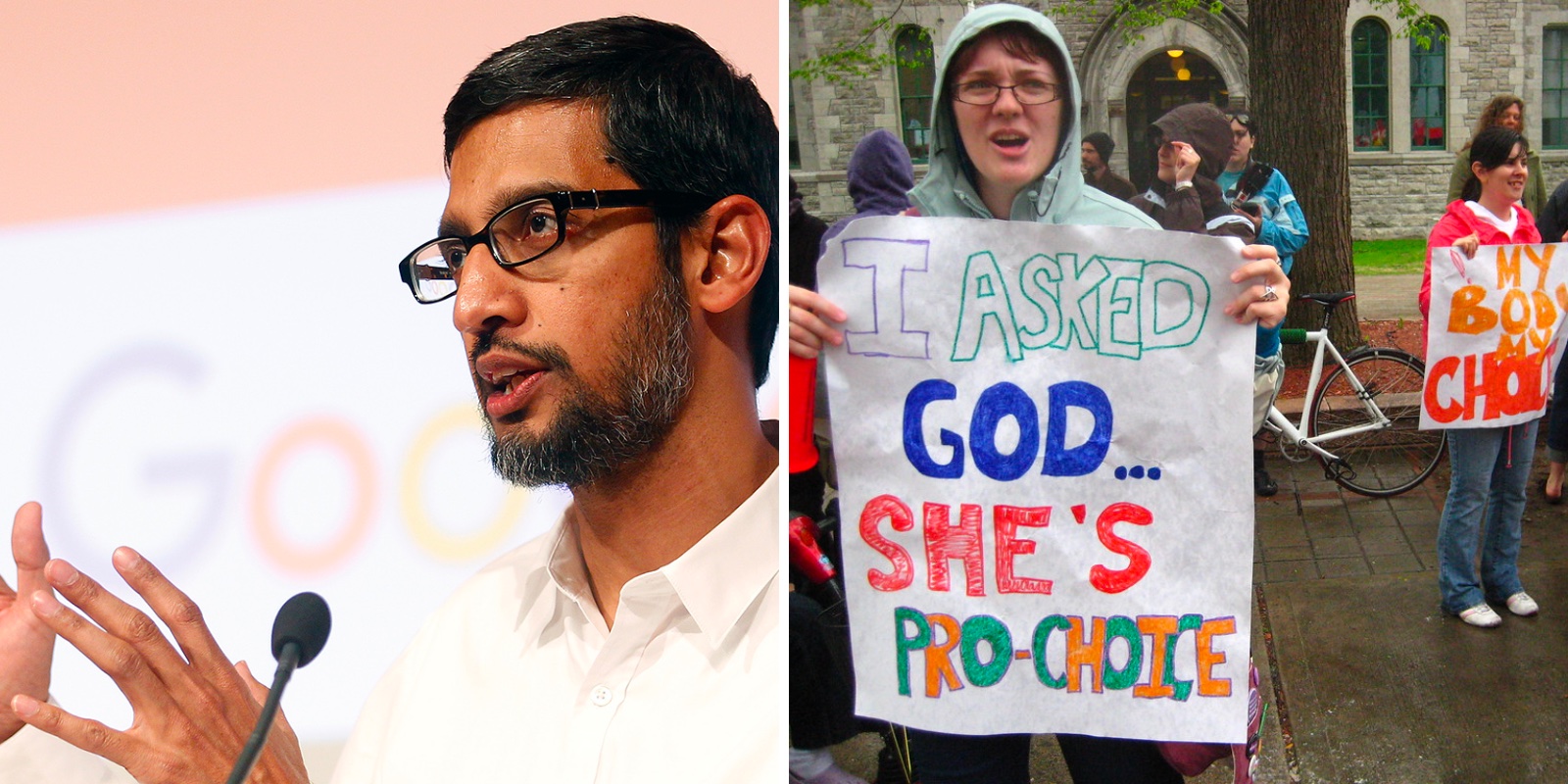 Google will now filter search results to indicate which locations identified as providing pregnancy services specifically provide abortions. The search engine had come under fire from pro-abortion activists for including results for pregnancy centers that do not provide abortions.

Prior to this change, crisis pregnancy centers were also included in search results for abortion clinics. These are centers that help women who are unexpectedly pregnant keep their babies. Crisis pregnancy centers are in the business of facilitating birth, motherhood, and families, and encourage women to keep their babies, often providing help not just to the expecting mother, but for her partner as well.

Google search results had not been differentiating between pregnancy centers that seek to help women, and those that offer pregnancy termination. As a result, some women seeking abortions were directed to services that would not provide them. This happened, according to Bloomberg, about a quarter of the time.

"For a number of categories where we’ve received confirmation that places offer specific services, we’ve been working for many months on more useful ways to display those results," Google spokeswoman Lara Levin said. "We’re now rolling out an update that makes it easier for people to find places that offer the services they’ve searched for, or broaden their results to see more options."

Their ask to Google came after a study from the Center for Countering Digital Hate, which "found that 11 percent of the results for a search for an 'abortion clinic near me' or 'abortion pill' in some states were for centers that oppose abortion," Reuters reported. This study was done in states that sought to make abortion illegal once the right to legislate on the matter was returned to the states.

The Center for Countering Digital Hate also put together a list of the top ten accounts that have specifically sought to counter the genital mutilation of children, and called those users hateful for demanding that healthy children not be sterilized or otherwise mutilated.

Those lawmakers who demanded Google change their search results to facilitate ease of finding access to abortions directed their letter to Google CEO Sundar Pichai. In the view of these lawmakers, crisis pregnancy centers that encourage the continuance, instead of the termination, of a pregnancy are "fake clinics." They cite the Center for Countering Digital Hate, saying that the ads for crisis pregnancy centers are "misleading."

These Democrats demanded at the time that Google respond to these questions:

"What steps will Google take to limit the appearance of anti-abortion fake clinics or so-called 'crisis pregnancy centers' in Google search results, Google Ads, and on Google Maps when users search for 'abortion clinic,' 'abortion pill,' or similar terms?

"If Google will not take action to prevent anti-abortion fake clinics from appearing in search results, will Google add user-friendly disclaimers that clearly indicate whether or not a search result does or does not provide abortions?

"What additional steps will Google take to ensure that users are receiving accurate information when they search for health care services like abortion on Google Search and Google Maps when users search for 'abortion clinic,' 'abortion pill,' or similar terms?"

"Google’s updates," TechCrunch reports, "around searches for abortion come as a group of more than 600 Google employees is pressing the company to expand worker health benefits, divest itself of some political ties and bolster user privacy in light of the Supreme Court decision to strip federal abortion rights."