Google shows its true colours with defamation of mainstream conservatives

Despite the personal biases of its staff, Google must provide accurate information. The people are waking up and they are ready to walk away. Where will they go? 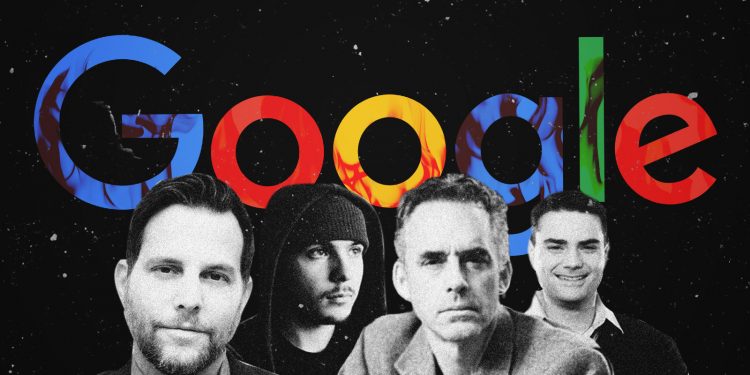 As everyone now knows, Project Veritas has revealed the deep-seated bias at Google that has resulted in its employees considering how to ensure that a “Trump situation” never happens again.

It was revealed that Google employees and executives are hell bent on “on never letting somebody like Donald Trump come to power again.” An insider disclosed that “what YouTube [which is owned by Google] did is they changed the results of the recommendation engine. And so what the recommendation engine is it tries to do, is it tries to say, well, if you like A, then you’re probably going to like B. So content that is similar to Dave Rubin or Tim Pool, instead of listing Dave Rubin or Tim Pool as people that you might like, what they’re doing is that they’re trying to suggest different, different news outlets, for example, like CNN, or MSNBC, or these left-leaning political outlets.”

A high ranking executive named Jen Gennai was caught on tape talking about “training our algorithms” with the aim of “preventing the next Trump situation.”

This sentiment, that we all must do whatever is necessary to make sure Trump does not retain his office, is not uncommon in the upper echelons, but it is plenty damaging. As the incessant cries of “Resist” are heard far and wide across the web, it behooves us to ask “at what cost?” Basic freedoms should not be on the chopping block. After seeing what happened in the 20th century when natural rights were pushed aside for indulgence to the greater good, we should really know better than to do it again. As liberals, we really don’t understand why more of our cohort don’t get this.

It’s another example of what we’ve written about before: how YouTube is turning authoritarian in order to exclude conservative voices from the political discourse. In a particularly weak and failed attempt at damage control, YouTube released a tweet today to assure their users that there was no political bias at the platform:

The tweet was severely ratioed because people know what’s going on. We expect the ability to ratio or downvote to be limited soon.

Even more severe than the YouTube and Gennai revelations is a Google employee’s characterization of Prager U, Ben Shapiro and Jordan Peterson as “Nazis” in a leaked email: “Today it is often 1 or 2 steps to nazis, if we understand that PragerU, Jordan Peterson, Ben Shapiro et al are nazis using the dog whistles you mention in step 1. I can receive these recommendations regardless of the content of what I’m looking at, and I have recorded thousands of internet users sharing the same experience.”

In a stroke of irony, the Google employee’s email originated from a message group called “transparency-and-ethics.” There was never really any doubt that conservatives are not on a level playing field at Google, but the fact that employees at the world’s most powerful internet company would use such incendiary language to describe two completely mainstream conservative thought leaders is beyond the pale.

When Google was quite rightly shamed for having their biases exposed, they did what they always do—they deleted the evidence. Vimeo followed their lead. Google should really google “The Streisand Effect” because the video’s deletion drove traffic to Project Veritas and has given the entire project more credibility, as Ryan Everson of the Washington Examiner has noted.

We’ve given over control to these massive corporations with the idea that corporations are not responsible to uphold free speech rights, that this is a government responsibility. We have mistakenly come to believe that censorship only infringes on speech rights when it is undertaken by a government entity. Corporate censorship is real and in 2019, it’s showing its ugly face daily.

When so much of our discourse relies on corporations, companies, small businesses, or multinational conglomerates, we must be able to trust that those entities will uphold and defend our rights to speech.  Google is a platform that must exist within as close to an objective framework as possible, and they cannot allow themselves to be led by their biases. It is where we all seek information, and so the information must be presented as neutrally as possible.  It’s a basic service that we rely on.

The problem is that tech is in an industry that prides itself on saving the world. Google believes itself to be more than a search engine, but a company with a mission to save us all. This is a rather lofty goal for a search engine. With these delusions of grandeur, it’s no wonder that employees and execs would believe that they should use any means possible to achieve those ends. But the company mission of saving the world is not more important than the rights of individuals to have freedom of self expression in a public space.

Google must right its own ship before it’s too late. If they don’t then there is a good chance that Washington will bring an antitrust suit. They’ve broken communications monopolies before, and when way less was on the line. In the meantime, alternative platforms are coming. Jordan Peterson’s Thinkspot is set to launch, and platforms like Minds and BitChute seem to be growing by leaps and bounds.

There can be many different platforms that all vie for users, and in a competitive marketplace, that’s how it should be. But while the alternative platforms that are emerging are clear about their raison d’etre, the existing ones continue to try and maintain the illusion that they are objective. Google and its peer group of world-savers are delighted with themselves. They truly believe that they are protecting the world from evil conservatives. But let’s be real—Google is a search engine. They are responsible for giving results to user inquiry. That’s the function of the site. Despite the personal biases of its staff, Google must provide accurate information. The people are waking up and they are ready to walk away. Where will they go?