"Every human life is unique and beautiful from the moment it is conceived. Every life is worthy of our protection, worthy of the right to live." 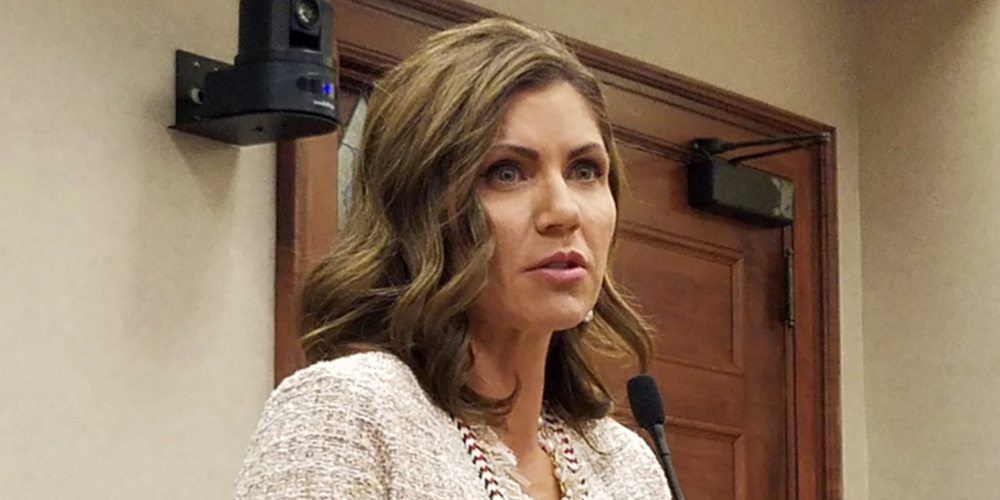 South Dakota's Republican governor introduced a pair of abortion restriction bills on Friday that mirror legislation that Texas enacted in 2021, and to "codify" an executive order that banned chemical abortions.

Gov. Kristi Noem's announcement Friday comes alongside the March for Life event in Washington DC, which her office acknowledged.

One of the pro-life bills is geared towards banning abortions once the child's heartbeat is detected, while the other aims to ban the practice of "telemedicine abortions" in South Dakota. The latter is something Noem already did last year, via an executive order. The difference this time, she says, is it'll make the rule a permanent law for the state.

It says in Section 9 of the legislation's draft that someone can be sued who:

The governor highlighted the potential complications for the mother when pursuing a "pills-by-mail" abortion treatment. The FDA in the United States made abortion pills directly accessible by mail in December 2021.

"We hope that this year’s March for Life will be the last and that the Supreme Court will finally protect every unborn life. But until that comes to pass, these bills will ensure that both unborn children and their mothers are protected in South Dakota," remarked Noem in a press release.

On Thursday, the Supreme Court denied a demand from abortion providers to block the Texas six-week abortion ban law currently in effect.

The introduction of these abortion regulation proposals comes on the same day a mandatory "moment of silence" proposal was indefinitely delayed by the South Dakota House Committee.