"What happened here impacted me much more than a slip of the tongue. It made me feel hurt and isolated at a moment that should have been filled with inspiration and anticipation." 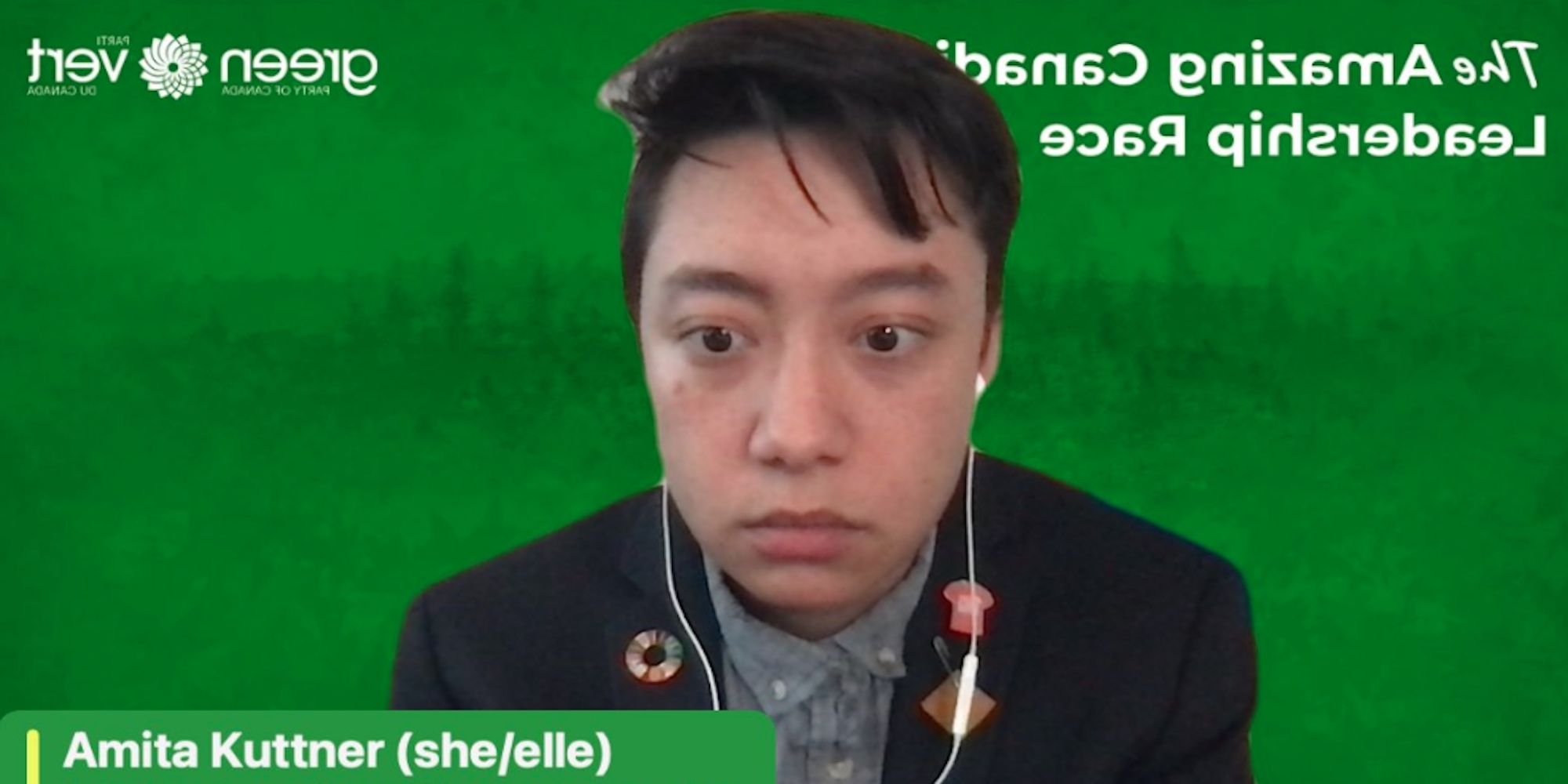 On Saturday, the Green Party of Canada kicked off their leadership contest with a virtual public media event. When interim leader Amita Kuttner logged on to join the event via Zoom, Kuttner was shocked to discover that "she/elle" had been added beside Kuttner's name.

Days later, Kuttner, who identifies as non-binary and transgender, released a statement on the matter, decrying it as just one example of a systemic issue within the party.

"On Saturday, September 3rd, at a public media event kicking off the Green Party of Canada’s leadership contest the wrong pronouns were presented beside my name in a way that I could not change myself," Kuttner began.

"I acknowledge that mistakes can happen and the need to learn from them. What happened here impacted me much more than a slip of the tongue. It made me feel hurt and isolated at a moment that should have been filled with inspiration and anticipation."

Kuttner went on to thank those who reached out to offer their support following the harrowing incident, before decrying it as "reflective of a larger pattern of behaviours that a few in the party are perpetuating."

Kuttner suggested that the party has documented numerous examples of a "systemic issue disproportionately affecting Black, Indigenous, and racialized people and 2SLGBTQIA+ people," calling on others to share their stories.

"When things like this happen," Kuttner said, referring to the misgendering, "people need to see those in leadership positions take some accountability, acknowledge how they have added to this system of oppression and what they must do to break the cycle."

"In moments like these I wonder," Kuttner added, "how can I ensure other people's safety if I can't even ensure my own?"

"Green Party leader – who, Wikipedia tells us, identifies as 'non-binary, transgender, & pan-sexual, & uses they/them & he/him pronouns' – is misgendered by an electronic caption...and responds to it by denouncing 'this system of oppression,'" he added.