Grenell was the first gay cabinet member—so why does media claim Buttigieg will be?

Mainstream media was beside itself with joy over what they called the first gay cabinet nominee, but the thing is, we already had an openly gay Cabinet member, Richard Grenell. 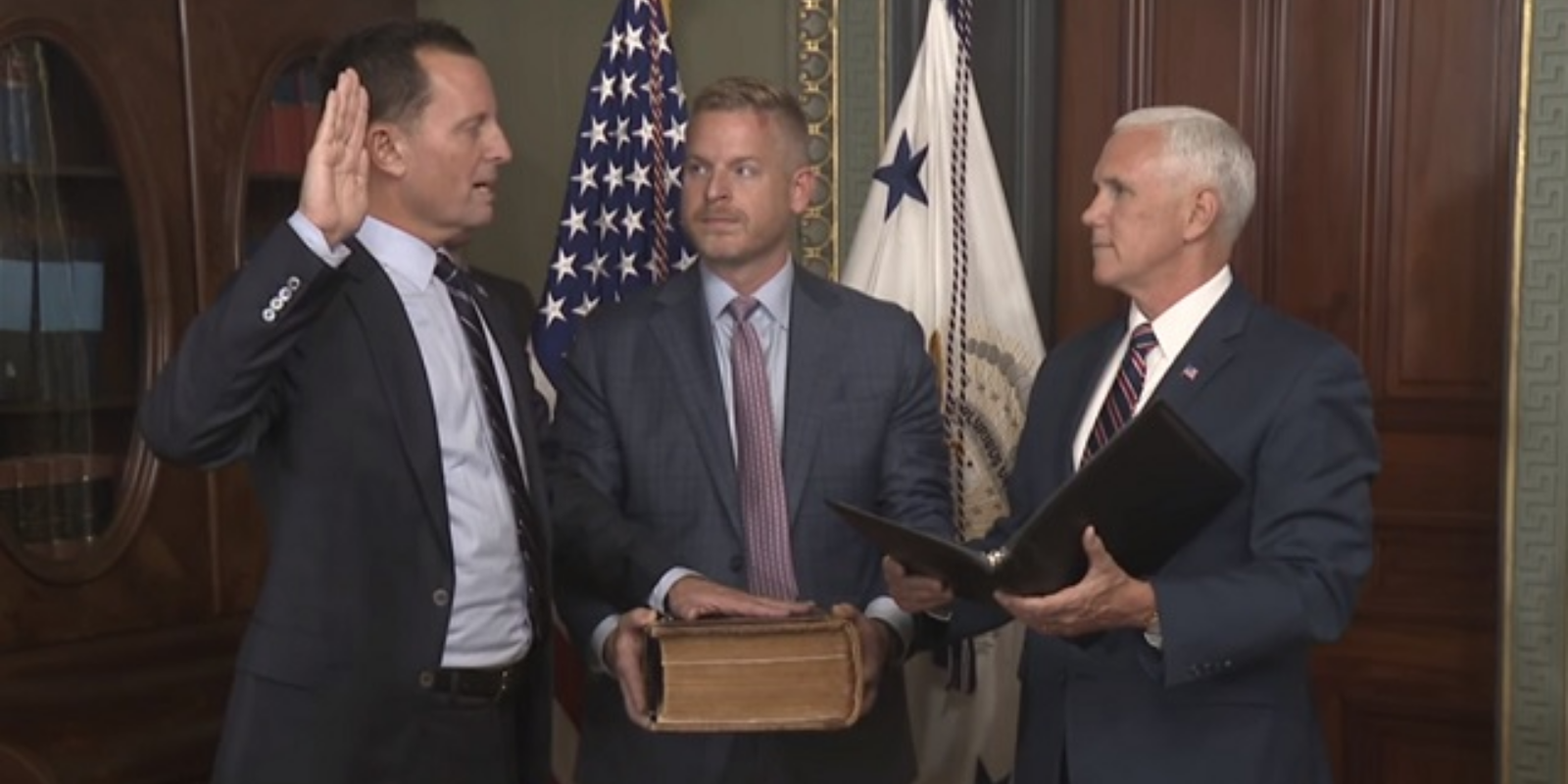 President-Elect Biden will nominate former Democratic presidential candidate Pete Buttigieg as his Transportation Secretary. Mainstream media was beside itself with joy over what they called the first gay cabinet nominee, but the thing is, we already had an openly gay Cabinet member, Richard Grenell.

The Hill celebrated the nomination with the headline, "Pete Buttigieg to become the first openly LGBTQ+ Cabinet nominee in US history." LGBTQ Nation, NBC News, The New York Times, The Telegraph and others all announced the same historic achievement for the LGBT community. CNN's Jake Tapper tweeted out, "If confirmed, @PeteButtigieg would be the first Senate-confirmed openly LGBTQ Cabinet Secretary, @HRC notes in a press release."

The Human Rights Campaign tweeted out, "This reported nomination would not only be historic, but a reminder to LGBTQ people everywhere that any opportunity is possible."

President/CEO of GLAAD tweeted Sarah Kate Ellis said: "Mayor Pete Buttigieg would be the first Senate-confirmed LGBTQ Cabinet secretary should his nomination make it through the chamber. This will be a historic milestone for LGBTQ visibility."

Human Rights Campaign tweeted: "Let's celebrate this step toward greater LGBTQ visibility and continue to strive for more representation of our diverse community at all levels of the administration. Congratulations, @PeteButtigieg!"

In February of 2020, President Trump made history by appointing Ambassador to Germany, Richard Grenell, as acting Director of National Intelligence.

LGBTQ Nation reported on this in February 2020 with the headline, "Donald Trump appoints the first gay person to a Cabinet-level position." They reported, "Grenell was sworn in as US Ambassador to Germany in 2018, making him the highest-ranking member of the LGBTQ population in the Trump administration. Now that he's the acting DNI, he's also the highest-ranking queer person in the Executive Branch's history."

It appears the nuance between Grenell and Buttigeig, is as NBC News specified, "he would be the first openly gay Cabinet secretary to be confirmed by the Senate. President Donald Trump's former acting director of national intelligence, Richard Grenell, was the first openly gay leader of a Cabinet-level agency."

The announcement comes just one week after the Washington Blade complained, "Some LGBTQ leaders are quietly expressing frustration that the movement hasn't pushed more aggressively for representation in Biden's Cabinet, especially when Black and Latino advocates have been vocal and have had their efforts pay off with prominent appointments. As of now, none of Biden's major appointees—Cabinet or otherwise—have been out members of the LGBTQ community."

It seems Biden failed to confirm if he would specifically nominate an LGBT person to a Cabinet position only saying, "My job is to keep my commitment, to make the decisions. And when it's all over, people will take a look and say, I promise you, you'll see the most diverse Cabinet, representative of all folks, Asian-Americans, African-Americans, Latinos, LGBTQ, across the board."

Demonstrating they know exactly what they are doing, they pointed out that if Biden failed to nominate an LGBT person, specifically Buttigieg, "It would also give Richard Grenell—who as acting director of national intelligence in the Trump administration became the first openly gay Cabinet member in US history—a reason to celebrate: Trump would have achieved a first for the LGBTQ community that Biden didn't even attempt. (Grenell never sought or obtained confirmation for the DNI role, but did get Senate approval for his concurrent role as US ambassador to Germany.)"

It seems they couldn't allow Trump to hold the honor of such an historic nomination and now must rely on semantics and technicalities to force Biden into that position. Trump's stubborn insistence on appointing qualified ambassadors and judges who happened to also be gay was difficult enough for LGBT media, advocacy and generally mainstream media to recognize given their fixation on accusing him of being anti-LGBT, but Grenell's appointment to DNI was too prominent to ignore. Now they have an opportunity to paper over that history and hope no one notices.

Guy Benson wrote that "If Buttigieg is confirmed as transportation secretary, he’ll be the second openly LGBT cabinet member ever—the first being @RichardGrenell under President Trump."

Buttigieg would be the first openly gay nominee to be confirmed by the Senate to a Cabinet-level position. This seems to be enough to toss away Grenell's historic achievement and replace him with Buttigieg as they celebrate a new and improved diverse Democratic government.

Of course, none of this truly matters, the fixation of the upcoming Biden administration on filling positions exclusively on diversity criteria rather than personal achievement is insulting enough as it is. Despite the HRC swooning over the opportunity for LGBT people to be inspired by Buttigieg's nomination, in the end its meaningless and shallow.

Richard Grenell was appointed because of his accomplishments and not because he is gay. As he likes to point out, President Trump never set up a rainbow booth for him to sit at, instead he invited him to the main table. President Trump treated his nominations with pride and confidence based on what they accomplished individually in their careers and not what they represented superficially to the media.

No matter how the media, the new administration or LGBT advocacy spin it, they cannot erase this reality. President Trump showed us what true equality looked like in practice, it seems President Biden only plans to pander for glowing media praise.