Guns, knives and other weapons confiscated from suspects at Portland Antifa riot

After dozens of armed Antifa militants smashed up an apartment building in downtown Portland on Friday night, police made 13 arrests. 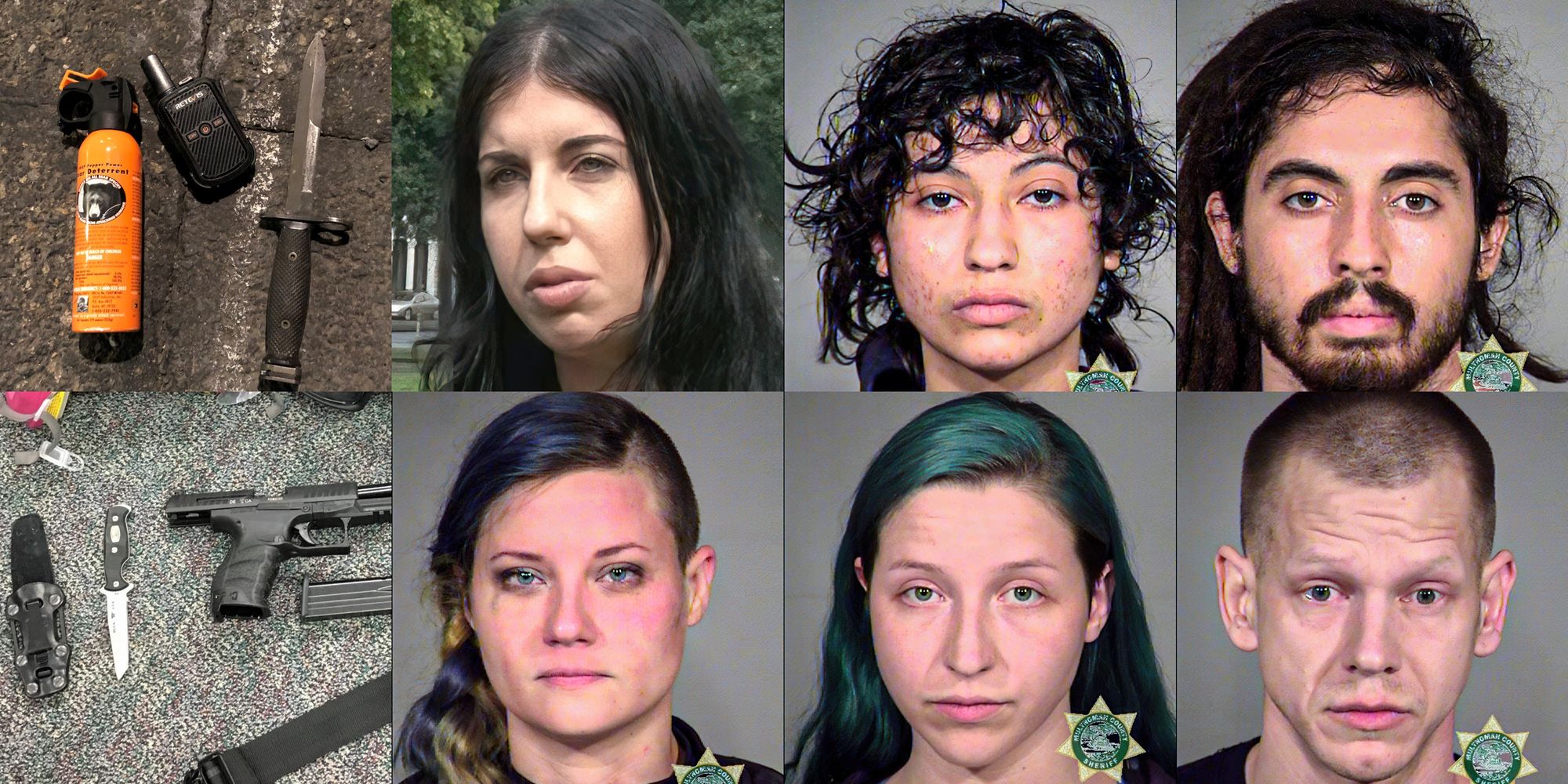 After dozens of armed Antifa militants smashed up an apartment building in downtown Portland on Friday night, police made 13 arrests. The masked suspects were found to be carrying guns, knives, crow bars, hammers and other weapons.

At around 9 p.m., officers from the Portland Police Bureau rushed after the Antifa rioting in Portland’s wealthy Pearl District and created a manned perimeter. So-called “legal observers,” reporters, and anyone with medical conditions were given the opportunity to leave the enclosed area after identifying themselves to law enforcement.

The controversial policing tactic, known as “kettling,” proved effective. The Antifa refused to comply and locked arms together in an effort to interfere with authorities. The rioters were escorted or carried away one-by-one and arrested. Two weeks prior, Antifa caused thousands in damage to the same neighborhood in another pre-planned riot.

Tara Walker, 36, was booked into jail and charged with carrying a concealed weapon, unlawful possession of a firearm, possession of a loaded firearm in a public place and resisting arrest. She was bailed out quickly. By Monday, the Multnomah County District Attorney’s Office announced that they weren’t pursuing any of the charges against her.

As seen in previous riots in Portland where siblings are arrested together, Walker’s younger sister, Katrina Walker, 26, was arrested and charged with possessing an illegal firearm. She was criminally cited in lieu of being booked into jail. The younger Walker was previously arrested for second-degree disorderly conduct and interfering with a peace officer at another riot in August 2020 when Antifa, armed with spike strips to pop police tires, attacked a police building. Those prior charges against Walker were dropped.

Cody James Connel, 36, was booked into jail and charged with interfering with a peace officer, resisting arrest and second-degree disorderly conduct. The latter two charges were dropped on Monday. He was quickly released on pretrial supervision. His trial readiness hearing is scheduled for April 23.

In 2012, Connel was convicted of felony second-degree robbery and felony attempting to elude police in Tigard, Oregon. He was sentenced in Washington County Circuit Court to five years and 10 months in prison, followed by three years of post-prison supervision, The Oregonian reported.

The remaining riot arrestees were criminally cited in lieu of custody:

Sean Gabriel Lopez, a 26-year-old Black Lives Matter rapper, was cited for interfering with a peace officer. He was arrested numerous times last year at violent protests but had his charges dropped. Lopez’s last arrest was in October when Antifa rioters hurled an incendiary device at the local Immigrations and Customs Enforcement facility.

Alissa Eleanor Azar, a 29-year-old Syrian sex worker, was charged with interfering with an officer and second-degree disorderly conduct.

Rachel "Rowan" Agnes Levelle, a 24-year-old female to male transsexual, was cited for interfering with a peace officer. He is a radical anti-capitalism activist from Seattle who was previously arrested for the same charge at another riot last year. The case against him was dropped.

23-year-old Saekwon Williams; 34-year-old Ryan Skut, of Milwaukie, Oregon; and 22-year-old Amber Raby were all cited for interfering with a peace officer and second-degree disorderly conduct.

Ahead of last Friday’s pre-announced “direct action” march, the Pearl District’s neighborhood association warned the community of potential violence, instructing residents to stay indoors and limit activity throughout the evening.
Multnomah County District Attorney Mike Schmidt stated on Monday that his office will “independently review and evaluate each case as police reports are completed and submitted” within the next two to three weeks.