"The police investigation determined the physical altercation between two Fairfax High School students was not a hate crime. The investigation revealed there were no racial comments made by either student." 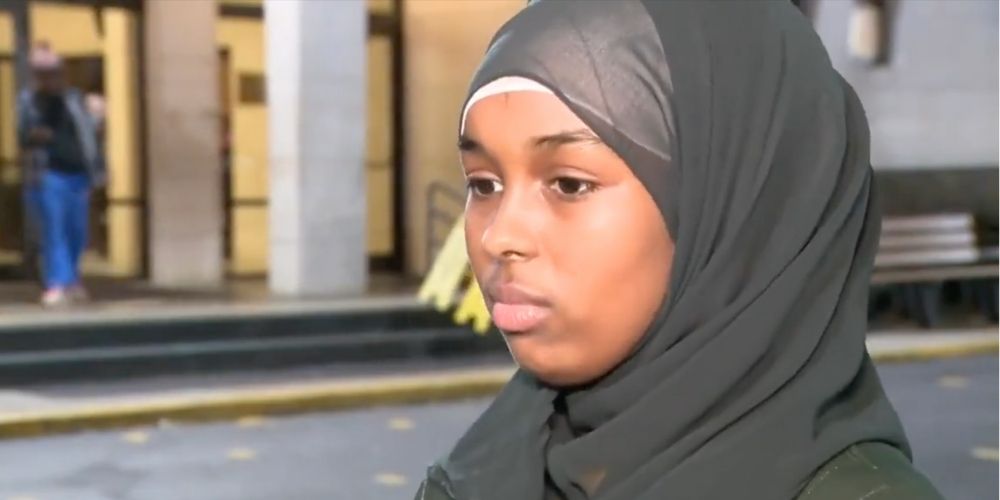 Following a viral altercation involving a hijab that occurred at Fairfax High School on Dec. 14 that prompted CAIR-backed student protests, the Fairfax Police Department have concluded that there is no evidence of a hate crime.

On Dec. 14, student Ekran Mohamed said she was called racist slurs, was pushed by two male classmates, and had her hijab pulled, revealing her hair.

In an Instagram video posted several days ago by a woman identifying Mohamed as her niece, Mohamed described the incident.

She said during a monthly meeting with marketing classes, a male Egyptian student "drew the Islamic flag and put a cross on it, like a red cross, like an X."

Following that, the male student tried to grab Mohamed's hijab from the back, she said. She turned around and grabbed his hair, and punched him in the stomach. Mohamed said that the male student then threw her into a desk, resulting in bruising to the left side of her body. Paramedics were called because Mohamed collapsed on the floor because she couldn't breathe. The paramedics were called for what the school said was a panic attack.

"The police investigation determined the physical altercation between two Fairfax High School students was not a hate crime. The investigation revealed there were no racial comments made by either student," a Fairfax Police Department press release stated. "The female student confirmed her hijab became partially undone during the altercation, exposing her hair. The female student advised that the information posted on several social media websites, stating that racial comments were used during the altercation were false," it continued.

Fairfax police determined that there was no evidence of a hate crime. The investigation into the altercation in ongoing.

Following the altercation last week, a petition was created urging for accountability on the school's part. "As the victim forever has this moment engraved in her mind, has already returned to school with no consequences. This is not right, this should have never happened, and the school is covering this up. As you sign this petition we plan to show whoever we can that and the school needs to take accountability for this disgusting incident. We plan on doing whatever we can to get justice and make our schools feel safe again," the petition's description states.

The petition is currently at 25,362 signatures.

On the Thursday morning following the incident, hundreds of students walked out of Fairfax High School in protest. Fairfax County Public Schools told WTOP that at 8:10 am around 350 students at the school "exercised their right to protest following an incident between two students that took place in school on Tuesday afternoon ... Fairfax County Public Schools and City of Fairfax Schools support the rights of students to peacefully protest."