Here’s what you need to know about the Amazon wildfires

The fires are being blamed on Brazil’s President Jair Bolsonaro, who supported developing the Amazon region for farming and mining. 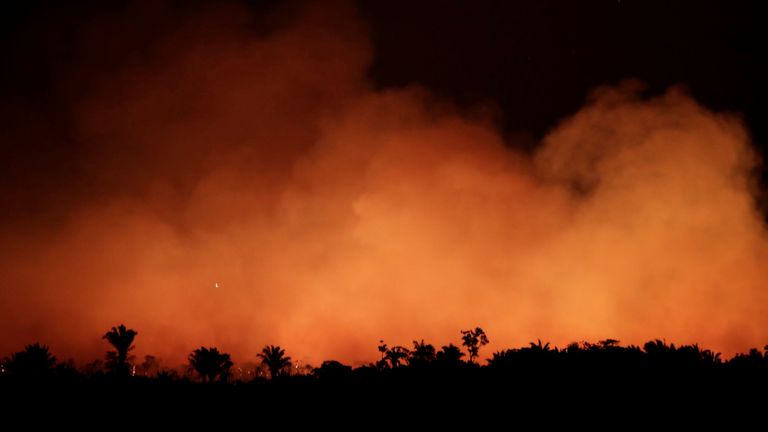 Often referred to as the “Lungs of the Earth,” the Amazon rainforest is witnessing its biggest wildfires in recorded history. These wildfires have seen an 83% increase since 2018.

Brazil’s President Jair Bolsonaro has declared an emergency. He claims that he doesn’t have enough resources to stop the wildfires. However, he blames these forest fires on environmental NGOs.

As this calamity raises the concerns on climate change and its adverse effects, it is important to understand what exactly is going on.

How did the fire start?

The Amazon rainforest is mostly wet throughout the year and sees dry months between July and August.

During this time, according to CNet, fires are used to clear land for farming and ranching. Thus, these fires can mostly be blamed on human activity.

Brazil’s President Jair Bolsonaro is taking the fall for the fire, who supported developing the Amazon region for farming and mining. Ranching, according to Express.co.uk, accounts for 80% of deforestation in the Amazon area.

Greenpeace has saidforest fires and climate change operate in a crude cycle. As the number of fires increases, greenhouse gas emissions see a rise. This increases the planet’s aggregate temperature. As the temperature rises, extreme weather events like droughts occur more frequently.

“In addition to increasing emissions, deforestation contributes directly to a change in rainfall patterns in the affected region, extending the length of the dry season, further affecting forests, biodiversity, agriculture and human health,” Greenpeace said in the release.

What is currently happening?

The World Meteorological Organization, the UN’s weather arm, tweeted about the fires on Thursday.

There are currently more than 2,500 active fires in the rainforest. There was also an effective blackout over Sao Paulo, Brazil’s largest city, after smoke blocked the skies for about an hour.

The fires still continue to rage and ravage.

What are the global responses to this fire?

Environmental NGOs have put the blame for these fires on Bolsonaro and his policies. Bolsonaro meanwhile has said the fires were caused by these environmental NGOs. He later claimed he never accused the NGOs of starting fires.

France’s Emmanuel Macron has saidthat he will now block an EU trade deal with Brazil if Bolsonaro doesn’t act.

Democratic Presidential candidate Bernie Sanders has threatened sanctions on Bolsonaro and other leaders who do nothing to address climate change if he’s elected president.