Houston PD eventually had to separate the protestors from the counter protestors, as things began to get ugly. Vulgar slurs and threats were thrown at Hansen and the other anti-grooming advocates. 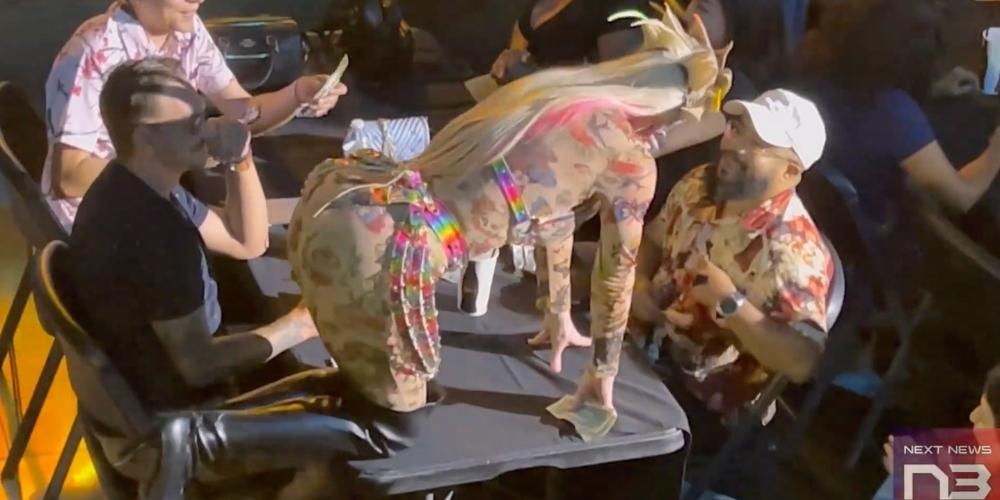 A Hamburger Mary's restaurant in Houston, Tex. is currently at the epicenter of the "grooming" debate, with reports and videos showing costumed men twerking and gyrating in the presence of children going viral. In the video, a drag performer can be heard asking a group in the audience "Who's the parent in this group? Because y'all look 12."

A video Hansen posted on Twitter containing scenes from the event showed drag performers twerking and humping on furniture throughout the restaurant, including tables where guests were seated. Among the guests were minors under the age of 16, according to Hansen.

Anti-grooming protestors holding signs with slogans such as "Protect TX Kids" and "Drag Queens 'R' Not 4 Kids" came to make their voices heard outside the restaurant, and were met with counter protest signs reading "God is Gay" and "Jesus Wore A Dress."

Tensions grew outside of the bar and grille franchise while the drag performance was going on inside, to the point of police showing up to diffuse the crowd of about 150 people, according to KHOU11 news. Houston PD eventually had to separate the protestors from the counter protestors, as things began to get ugly. Vulgar slurs and threats were thrown at Hansen and the other anti-grooming advocates.

In a statement to The Post Millennial, Hansen said "It’s difficult to watch the sexual depravity of our country proliferate and even worse watching children get sucked into it. The GOP needs to make this a key point heading into election season and pass legislation to ban minors from attending these events. I wish I didn’t have to report on these events but it is necessary in order to combat the increasing efforts to sexualize our youth."

Drew Hernandez, host of Turning Point USA's Frontlines, was also among the reporters in attendance, and shared a shocking video of ANTIFA members chanting "Death to America" and yelling "Kill yourself, Nazi pig" at police officers.

As Hansen's video made its rounds on Twitter, progressives attempted to accuse Next News Network and their reporters of bigotry, with socialist journalist Steven Monacelli calling the reporting "outrage bait to funnel hate toward the LGBT community." Monacelli, who has a history of publishing false stories, getting sued for libel, and making death threats was called out by Andy Ngo for his bias.

Hamburger Mary's, known for its' "quirky" entertainment tailored for "open minded people," provides a "flamboyant dining experience," according to the company's website. This isn't the first drag brunch and it most certainly won't be the last, according to the Houston Hamburger Mary's franchise's online schedule. These events take place every Sunday, and are open to all ages.