Huawei CFO Meng Wanzhou returned to a Vancouver courtroom on Monday for a hearing over document disclosure. 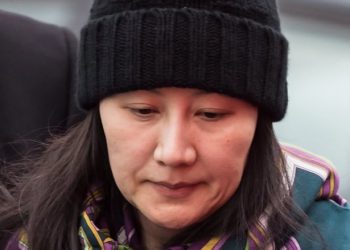 Huawei CFO Meng Wanzhou returned to a Vancouver courtroom on Monday for a hearing over document disclosure.

Lawyers representing Wanzhou claim that her detention at the Vancouver International Airport was unlawful.

Wanzhou is currently awaiting a decision on extradition into the United States over allegations of fraud and circumvention of international sanctions on Iran.

Her lawyers are claiming the disclosure so far has done “little to answer questions raised regarding the conduct of the RCMP and CBSA.”

So far several documents have been disclosed by the RCMP and the Canada Border Services Agency (CBSA) including notes, video and audio recordings, as well as the arrest request from U.S. officials.

“The CBSA properly fulfilled its role in examining the applicant and her goods to assess her admissibility,” claimed the Attorney General.

Wanzhou’s extradition trial is set to begin on January 20, 2020.