Megvii is a China technology firm which was sanctioned by the US government in 2019 after they determined that the company has "been implicated in human rights violations and abuses." 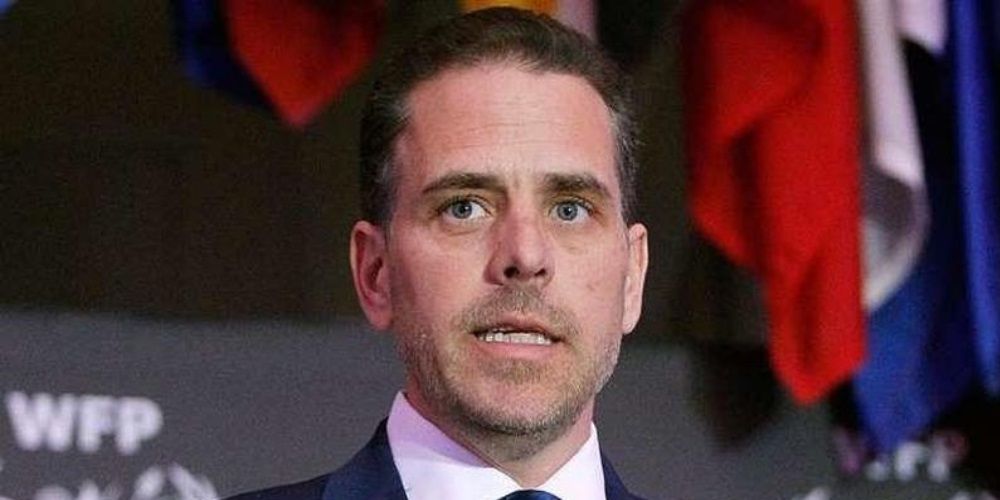 Hunter Biden owned a 10 percent stake in and sat on the board of a company which held investments in Megvii, a firm which was recently discovered to be involved in the sale of ethnically-based facial recognition technology to the government of China for the purpose of identifying Uyghurs.

BHR purchased a stake in Megvii in 2017, the same year Hunter Biden purchased his stake in BHR and while he was sitting on the board of directors. Megvii claims that Hunter Biden is not directly involved with their company, saying in a statement on the matter that "[it] is our understanding, through conversations with BHR, that Biden has not been involved in any aspect of BHR’s investment into Megvii."

Megvii is a Chinese technology firm which was sanctioned by the US government in 2019 after they determined that the company had "been implicated in human rights violations and abuses in the implementation of China's campaign of repression, mass arbitrary detention, and high-technology surveillance against Uighurs, Kazakhs, and other members of Muslim minority groups in [East Turkestan]."

Such implications were further confirmed on Tuesday after an explosive report from The Washington Post revealed that the company was involved in developing facial recognition technology with the Chinese company Huawei which can detect age, sex, and ethnicity. The report, taken from a document accidentally uploaded to Huawei's website, states that the technology could identify ethnic Uyghur minorities living in China and set off a "Uighur alarm," alerting the Chinese authorities to their existence. The technology was tested in 2018.

While Huawei and Megvii did not deny the reports that they developed this technology, both companies deny that they have been used for the purpose of human rights abuses. Huawei spokesman Glenn Schwass said of the report that the technology "is simply a test and it has not seen real-world application. Huawei only supplies general-purpose products for this kind of testing. We do not provide custom algorithms or applications."

But Megvii's facial recognition technologies have been used across China, with 112 cities across the country using Megvii systems to surveil their residents. Even if Megvii and Huawei are telling the truth about the "Uighur alarm" technology not having been used by the government, it is nevertheless disturbing that the company would create technology which could help make the ongoing persecution and genocide of Uyghurs easier.

Speaking of the technology, Georgetown Law Center on Privacy and Technology's Clare Garvie stated "there are certain tools that quite simply have no positive application and plenty of negative applications, and an ethnic-classification tool is one of those. Name a human rights norm, and this is probably violative of that."

Uyghurs in China have been subject to genocidal state policies for years, with the communist Chinese government seeking to force the Uyghur people to abandon their unique and ancient way of life to become assimilated into Han Chinese culture. The Chinese government has detained more than two million Uyghurs across a network of concentration camps in East Turkestan, where survivors have reported mass sterilization, organ harvesting, indoctrination, torture, slave labour, and rampant sexual abuse, including of children. The Canadian government has described China's actions as "the largest mass detention of a minority community since the Holocaust."

AI and surveillance technologies have played a key role in China's genocide, according to Uyghur refugees and human rights organizations. In 2019, Human Rights Watch stated in a report that "[the] Chinese government is monitoring every aspect of people’s lives in Xinjiang, picking out those it mistrusts, and subjecting them to extra scrutiny." The report further stated that the Chinese government "tracks everyone in [East Turkestan]. It monitors people’s movements by tracing their phones, vehicles, and ID cards. It keeps track of people’s use of electricity and gas stations."

Another report from Human Rights Watch released on Wednesday revealed more information on China's mass repression in the region, using AI technology to develop what has been dubbed the "Aksu List" to identify Uyghurs engaging in suspicious behaviour. "Human Rights Watch’s analysis of the Aksu List strongly suggests that the vast majority of the people flagged by the IJOP system are detained for everyday lawful, non-violent behavior," the report states.

George Mesires, a spokesman for BHR, has said in the past that the position on the board of directors is not a paid position, and that Hunter Biden has not yet profited from his stake in the company. Nevertheless, it reveals a concerning connection between the upcoming President's son and the ongoing genocide of ethnic minorities in China.