Most of us were fine with locking down our children and any shred of mental health we had left. That is, until the protests started and they were praised by political officials. 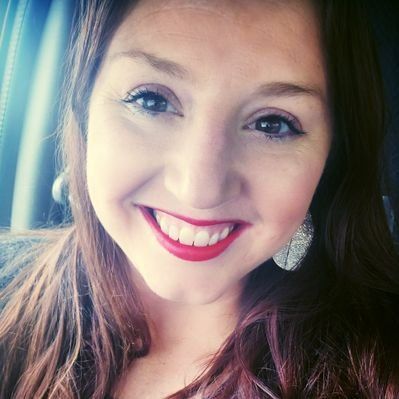 It's hard not to notice that as the pandemic winds on, there's been vastly different treatment of individuals who want to defy lockdown orders based entirely on their reasons for wanting to defy them. Attending a funeral, no. Attending a protest on racial injustice, yes. Sitting at the deathbed of a loved one, no. Sitting in the middle of a street with thousands of others blocking traffic, yes. While protests are of course an inalienable right in free thinking countries, the disparate treatment of those who would break quarantine orders to protest for a leftist cause versus those who would break it to see to their dead is remarkable.

As Black Lives Matter-inspired protests and riots have taken over major cities, throngs of people have crowded city squares, streets, and gathering places—despite the fact that COVID-19 remains an imminent health threat to society. However, just weeks ago, it was a violation of most state’s lockdown orders to be near loved ones suffering from COVID-19 or to gather in groups at funerals to mourn. As state political and public health officials have treated racial justice protestors vastly different from people who wanted to gather to grieve, the double standard is an infuriating example of government hypocrisy at its worst.

Since March, social media has given society a window into bereavement like never before. People have posted their frustrations with not being allowed to be near loved ones at the time of their death. People watched husbands, wives, grandparents, and others die over video calls on their smartphones.

They could not hold the hand of the person they loved as they lay dying or grieve for them publicly in a group once they passed. Meanwhile protestors have monopolized city squares, shoulder to shoulder, for weeks, shouting slogans, chanting admonitions, often unmasked. The juxtaposition between the two events is shocking.

"My father is in a memory care facility. I'm moving to a state far away. I just said goodbye. He [is] in a wheelchair outside, behind a fence, 12 feet from me. Traffic roaring. I'm hearing impaired. Hard moments made much harder in order to protect the vulnerable. Meanwhile, in Brooklyn," writes Twitter user Elizabeth Foss.

This disconnect between the massive, weeks long protests contrasted to the despair and hopelessness of individuals who want to comfort their beloved with stunning. Yet, on the left, it was the protests that were admirable, with no consideration given to those who were unable to collectively grieve or tend to their dying.

In fact, it was clear that, for those left who had admonished those who broke quarantine for non-political reasons, the protests meant that coronavirus was cancelled.

Another user writes, "My grandfather passed Memorial Day weekend. He had dementia and had been admitted to the hospital for unrelated issues in early April. His last two months, he wasn't permitted to see any family. He had to spend his last time without any connections to even what he could remember."

"My kids are still out of school and I've still not been able to have a memorial service for my dad who died over two months ago, because social distancing was supposedly just so damn important. I feel like I can't stress that enough," Twitter user Steve Gracin writes in contrast to the Philadelphia protests.

The examples go on and on.

Now here are the cities where people are protesting, where the left only believes that rights matter when in service to their own ideology.

And where leftists refuse to admit that wanting to leave the house, to break quarantine orders and go back to experiencing life could have had anything to do with the desire of people to go protest. It was literally the only thing authorities allowed people to do, so long as it was in service to racial justice. Protests against lockdowns were roundly mocked.

ABC news celebrated the breaking of quarantine in favour of protests in a slideshow.

Now that the hypocrisy is obvious, people are finally pushing back against the lockdown, but that’s weeks, months, after loss, grief, and anger.

I’m not wholly against protesting—although I do oppose the riots, damage, and violence—so that’s not the problem here. The problem is that an entire country—ostensibly much of the civilized world—was told lockdowns were mandatory and for the collective, greater good. Everyone was told to flatten the curve to curb the spread of COVID-19 so we wouldn’t overwhelm our hospital systems and especially, so we would not infect our Grandma with a disease she could not combat.

When a colleague and friend of mine began pushing back against this narrative she was called a “Grandma killer,” and trended on Twitter for a day.

Most of us were fine with locking down our children and with it, any shred of mental health we had left. That is, until the protests started and they were not only not stopped but praised by political officials.

These is the same political officials in New York City, like Mayor Bill de Blasio, who had been regularly calling out the Jewish community for mourning publicly or for sending their kids to Jewish schools started applauding the Black Lives Matter community for their huge, public protests. What?

Hypocrisy might be common among political leaders but at this scale it’s unforgivable. People lost jobs, income, sanity, time with loved ones, closure with family. Moments they will never forget as they told a loved one dying of COVID-19 goodbye from a smartphone are etched into their minds. With it, they now know their cause—namely, grief—wasn’t good enough to break lockdown rules mandated by public officials.

If only they’d had a stronger, more politically correct, ideologically leftist cause, then they could have grieved publicly, said goodbye in person, or anything else far more humane than what they were “allowed.” The public will not soon forget the juxtaposition between these two events and the utter hypocrisy that added insult to an already painful injury during an already unprecedented time.