If Trudeau really cares about his privilege, why did he treat Jody Wilson-Raybould like garbage?

Trudeau shows he feels that he’s exempt from the same rules he imposes on others and that reciting magic words will let him get away with it. 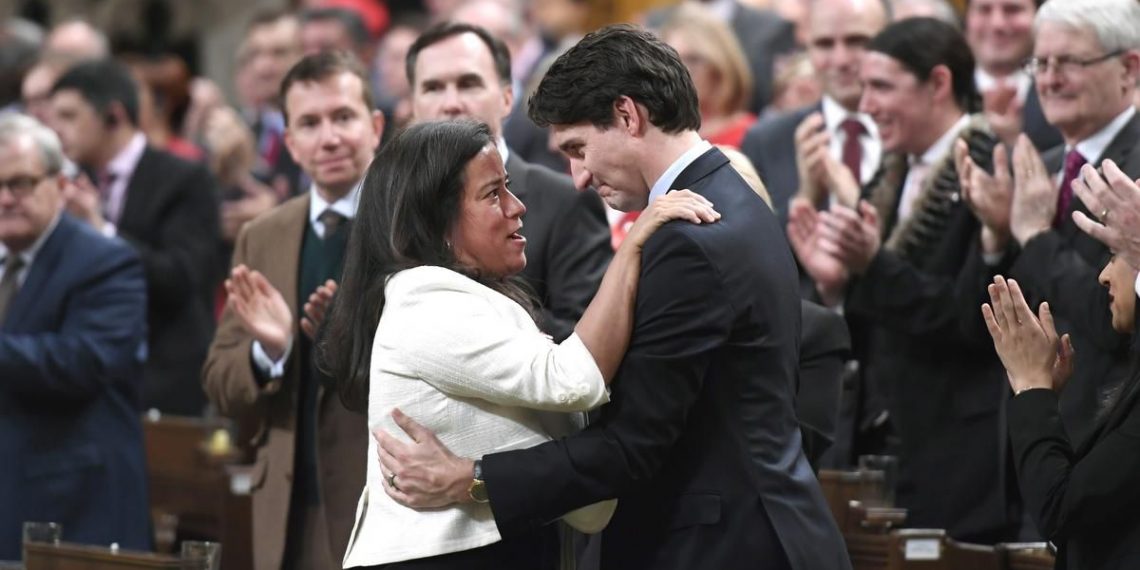 But when it comes to actions, not so much.

He’s been talking a lot about privilege lately, in the wake of his ongoing blackface debacle.

He claims that his “privilege” gave him a huge “blindspot,” but that he later “learned.”

Yet, those words don’t seem to match with reality.

If Justin Trudeau really cared about his “privilege,” and if he had really learned anything, then he wouldn’t have treated Jody Wilson-Raybould like garbage.

Trudeau was glad to have Wilson-Raybould on board when he could use her presence as evidence of how “open,” “woke,” and “diverse” he and his government were.

But the moment it became clear she actually meant the things she said about doing politics differently (unlike Trudeau), and wouldn’t do the bidding of Trudeau’s elitist corporate friends, she was booted out.

Another way of putting it is that the moment Canada’s first Indigenous Attorney General stopped being of use to Trudeau, he not only removed her from the job, but his PMO launched an attack on her reputation, and he ended up kicking her out of the Liberal Caucus entirely.

And who did he replace her with?

Someone who just so happened to go to the same university that he did.

How’s that for an example of privilege?

Trudeau, in his position of power over the country, boots out an Indigenous woman because she won’t bend the law in favour of a corporation facing serious corruption charges, and replaces her with someone from his own elitist social circle.

What that shows is that not only has Trudeau learned absolutely nothing, but that hypocritical, arrogant elitism is simply a core aspect of who he is.

Trudeau thinks he and his cronies are above the rules, and that everyone else around him only exists to serve as part of “his journey.”

Consider that, even as he asks for forgiveness for his blackface “incidents,” the Liberals still seem to be attacking Conservatives for being “controversial,” based on their ‘war room’ campaign to dig into the pasts of others.

If Trudeau had shown forgiveness to others, perhaps he could expect it for himself. But since he doesn’t, he deserves none.

Once again, Trudeau shows he feels that he’s exempt from the same rules he imposes on others and that reciting some sort of magical combination of words will let him get away with it.

Of course, with the polls still looking pretty close, there’s no guarantee that Trudeau will end up being held accountable.

The Canadian People will soon decide.