WATCH: Caravan of illegal immigrants say Biden will help them

A statement issued on behalf of the caravan said the migrant group demands the Biden administration honor its "commitments" to illegal immigrants in search of US citizenship. 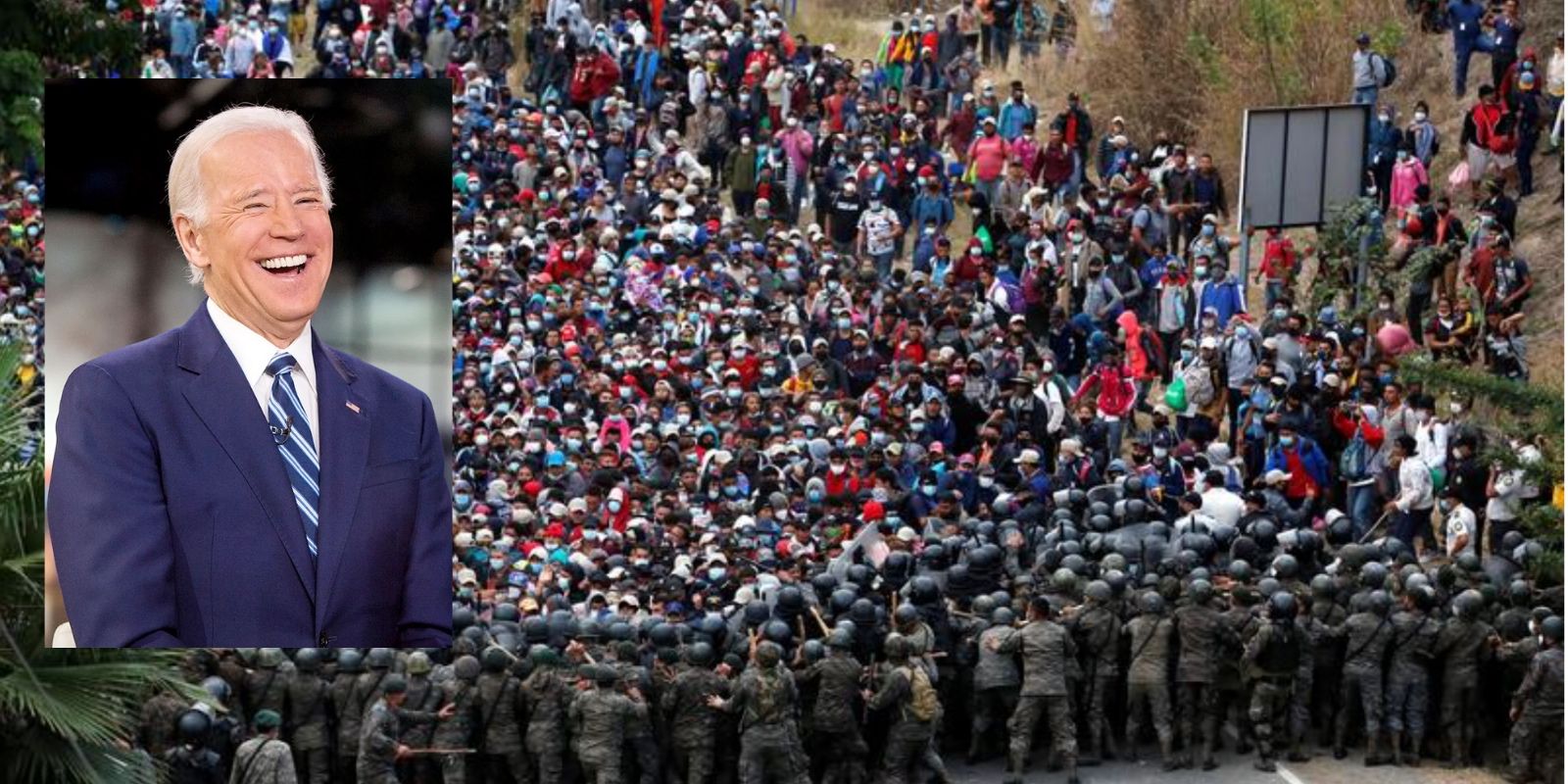 Over 7,000 migrants from Honduras moved to Guatemala over the weekend and are said to be making their way, with difficulty, to the US seeking the very amnesty President-elect Joe Biden campaigned on in 2020.

"Biden to prioritize legal status for millions of immigrants," the AP News reported, just as Fox News reported that on Sunday an unnamed Biden transition official, said immigrants in search of asylum in the US right now "need to understand they're not going to be able to come into the United States immediately."

A statement issued by Pueblo Sin Fronteras, on behalf of the caravan, said the migrant group demands the Biden administration honor its "commitments" to illegal immigrants in search of US citizenship.

"We recognize the importance of the incoming Government of the United States having shown a strong commitment to migrants and asylum seekers, which presents an opportunity for the governments of Mexico and Central America to develop policies and a migration management that respect and promote the human rights of the population in mobility," the statement said.

Biden officials appear to be backtracking in their support for amnesty as the same transition official told NBC that even though "there's help on the way," right "now is not the time to make the journey."

Too late. The caravan is reported to have gotten violent with the country's security forces while traveling through Guatemala. Per Reuters, the Honduran migrant group and the Guatemalan security forces butted heads as the group tried to pass through.

"Members of the caravan attacked a line of around 3000 members of security forces on Sunday morning, and many were reportedly hit with nightsticks," The Post Millennial noted.

The AP reported that Biden would announce legislation on his first day in office this week to provide a path forward for millions of immigrants coming to the US seeking citizenship. There are approximately 11 million people in the US right now illegally, but reports say even Democrats were surprised to see him make such a controversial issue a priority at this time.

The Washington Examiner reported that Marielena Hincapie, executive director of the National Immigration Law Center, said the new plan looks hopeful. "This really does represent a historic shift from Trump's anti-immigrant agenda that recognizes that all of the undocumented immigrants that are currently in the United States should be placed on a path to citizenship."

If Honduran migrants make their way to the US just in time for Biden's first few weeks in office, and he has yet to implement the immigration plan he promised, things could get dicey and Biden may regret making amnesty one of his top priorities, then sloughing it off as merely a campaign slogan.

This caravan of 7,000-8,000 migrants may be a small figure compared to the number of immigrants who have already made their way to the US illegally, but it would definitely exacerbate border problems should they make it all the way to the southern border.