"At no time were any statements made recommending that OPRF implement a race-based grading approach," the district said. 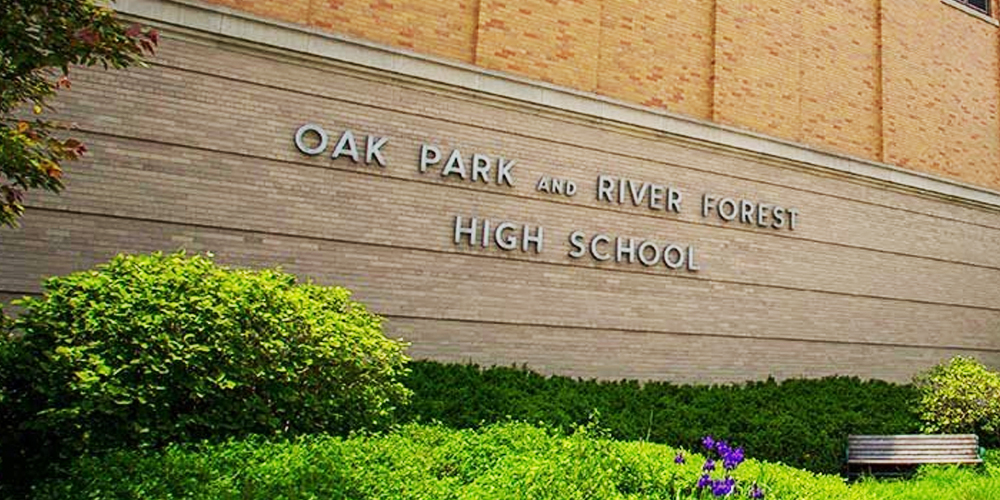 Update: The Oak Park River Forest High School has issued a statement saying that "OPRFHS does not, nor has it ever had a plan to, grade any students differently based on race. The article contains a variety of misleading and inaccurate statements. The article’s mischaracterization of the Board meeting is unfortunate and has caused unnecessary confusion.

"As part of the Board of Education’s strategic plan, the OPRFHS Grading and Assessment Committee was formed to examine national research on objective, unbiased practices for determining whether students have mastered academic content.  At the Board of Education’s May 26 meeting, the administration’s representative to the OPRFHS Grading and Assessment Committee provided an initial report that included a progress update on the committee’s examination of grading practices.

"At no time were any statements made recommending that OPRF implement a race-based grading approach.

"Prior to implementing  grading changes, if any, recommendations will be made to the Board at a public meeting. Again, contrary to the title of the article, the district has not implemented, and has no intention of implementing, any grading and assessment policy based on race.

"As the OPRFHS Grading and Assessment Committee continues its work, the district is committed to keeping the community updated to any changes. We encourage the community to seek information directly from the district or other reliable news sources rather than internet sources that continue to share inaccurate information."

A high school in a Chicago suburb is going to do away with punishing students for not turning homework in on time or failing to participate in class, on the basis of upholding political values and racial equity.

According to West Cook News, the administration at Oak Park and River Forest High School (OPRF) in Illinois is planning this radical overhaul for the upcoming 2022-23 school year. Students will reportedly no longer be punished for missing classes or failing to turn in homework because it impacts black students more.

These changes were first proposed in August 2021 to their board of education by the school district’s assistant superintendent for student learning, Dr. Laurie Fiorenza. The justification presented in their pitch uses the COVID pandemic as a reason for why students of color began failing classes more often.

The stated end goal of the plan is to have "equitable assessment and grading practices" implemented throughout all school courses by Autumn 2023.

"Many OPRFHS teachers are successfully exploring and implementing more equitable grading practices such as: utilizing aspects of competency-based grading, eliminating zeros from the grade book, and encouraging and rewarding growth over time," according to the slideshow presentation by the school.

The school will reportedly have teachers "make grading improvements that reflect our core beliefs."

These concepts about what OPRFHS is planning to implement, are further explained by a November 2021 blog post from the Education Advisory Board group where "equitable grading policies" are discussed.

In it, the EAB’s Margaret Sullivan says school districts need to tackle "unconscious biases," which in her opinion means: "teachers may unintentionally let non-academic factors—like student behavior or whether a student showed up to virtual class—interfere with their final evaluation of students. By training teachers to remove the non-academic factors from their grading practices and recognize when personal biases manifest, districts can proactively signal a clear commitment toward" diversity, equity, inclusion, and justice, per the blog post.

Sullivan frames "low-income students" and "students of color" in the same bracket for her example. 38 percent of OPRF students failed the SATs in 2021, with the demographic breakdowns of those failing being led by black students at 77 percent. The school’s population is 3399 students.

Chicago schools have had segregated field trips earlier on in the school year, in a year that was a battleground for teachers unions making demands about how and when school systems returned to in-person learning.

Earlier this year, a judge ruled that the Thomas Jefferson High School for Science and Technology in Fairfax County, Virginia, discriminated against Asians when school administrators attempted to implement race-based admissions policies.

In May 2021, activists in New York City targeted gift courses being taught in public schools as racist. A few months later, former Mayor De Blasio unveiled a "phase out" plan for their removal.

This article has been updated with a statement from OPRFHS.