The Democrats' impeachment effort does nothing to help Americans in need, heal our divided country, or defeat COVID-19. It does highlight, however, the stark contrast between the Washington elite and the American people. 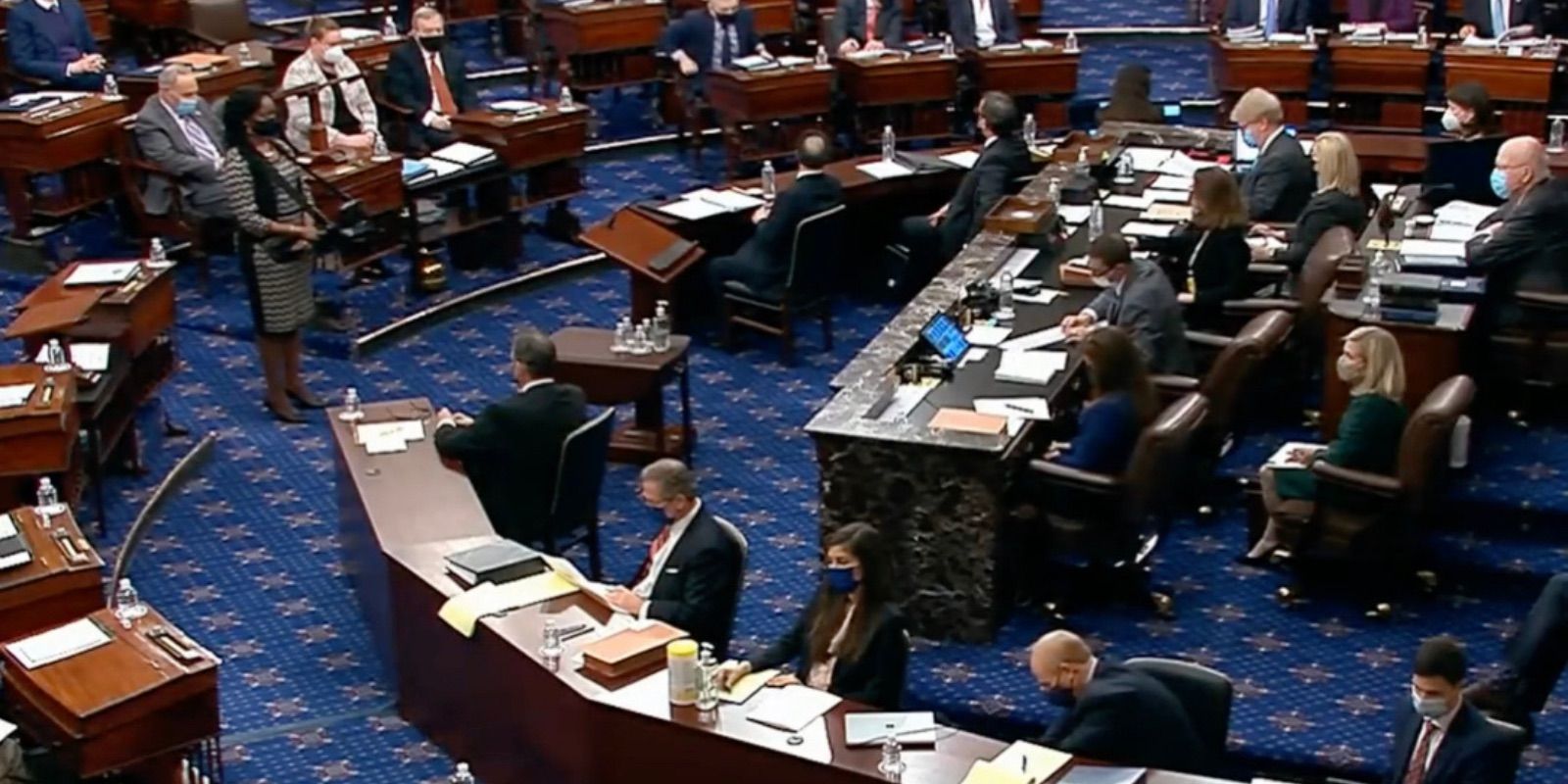 The impeachment trial against former President Donald Trump is about more than Donald Trump the president. It is about the Washington elite versus real America.

Our country currently faces several unprecedented challenges. Schools are closed. Students are falling behind in their education. Family businesses are shuttered due to government regulations. The freedom to worship has been restricted in many states. But as Americans around the country are struggling to make ends meet, Democrats in Washington are wasting precious time and energy with a fruitless impeachment charade.

Never mind that this impeachment trial violates the plain language of the Constitution, which specifies that impeachment is a tool to remove a current office holder.

Never mind that Democrats afforded President Trump no due process in the House of Representatives.

Never mind that the impeachment charges undermine the First Amendment.

Never mind that impeachment won't "unify" the country as Joe Biden has promised.

Never mind that credible reports indicate the violence of January 6 was planned in advance of President Trump's speech, undercutting Democrats' key argument that he "incited" the violence.

Never mind that President Trump urged his supporters to "peacefully and patriotically make [their] voices heard."

The Democrats' impeachment effort does nothing to help Americans in need, heal our divided country, or defeat COVID-19. It does highlight, however, the stark contrast between the Washington elite and the American people.

The events of January 6 at the US Capitol were as wrong as wrong can be. Political violence of any kind has no place whatsoever in our civil discourse. Those responsible for the violence must be held accountable.

But Democrats in Washington have shown only selective outrage for political violence. As violent left-wing extremists terrorized American cities and small businesses with impunity last summer, prominent Washington Democrats dismissed the violence. House Judiciary Chairman Jerry Nadler called the left-wing anarchist group Antifa "imaginary" and a "myth." Vice President Harris supported raising bail funds for left-wing extremists arrested in the violence. The mainstream media described what we saw as "peaceful," while "reporting" in front of buildings set on fire by rioters and looters.

After the violence of January 6, Democrats promptly erected a wall around the Capitol to protect themselves. Ironic, considering many of these same Democrats opposed President Trump's effort to construct a wall on the southern border to protect American communities and neighborhoods from drug traffickers and criminal aliens.

The elite took action after January 6 to address violence directed toward them, but failed to address similar violence against the American people in places like Portland, Minneapolis, and Atlanta over the summer of 2020. They build walls and aggressively prosecute violent actors that attack them, but refused to take similar actions when the violence was directed toward Americans in Seattle, Kenosha, and Cleveland.

Why? Because the elite have one standard for themselves and another for regular Americans.

By trying to cancel President Trump, the Washington elite is also trying to cancel the 74 million Americans who voted for him. These are the men and women who stand for the National Anthem, say the Pledge of Allegiance, and honor local law-enforcement officers. These are the men and women who due to their beliefs, the Washington elite see as "deplorables"—who "cling to guns and religion"—shop at Walmart, stay at the Marriott, and eat at Olive Garden.

The Washington elite's disdain for the American people is a large reason for President Trump's election in 2016. And it's exactly why he could be elected again in 2024.

The Senate will acquit President Trump because the facts and Constitution are on his side. Unfortunately, the Washington elite will continue to attack President Trump, his family, and the 74 million Americans who voted for him.

Republican Jim Jordan represents Ohio's Fourth District in the US House of Representatives. He serves as the Ranking Member of the House Judiciary Committee and is a co-founder of the House Freedom Caucus.