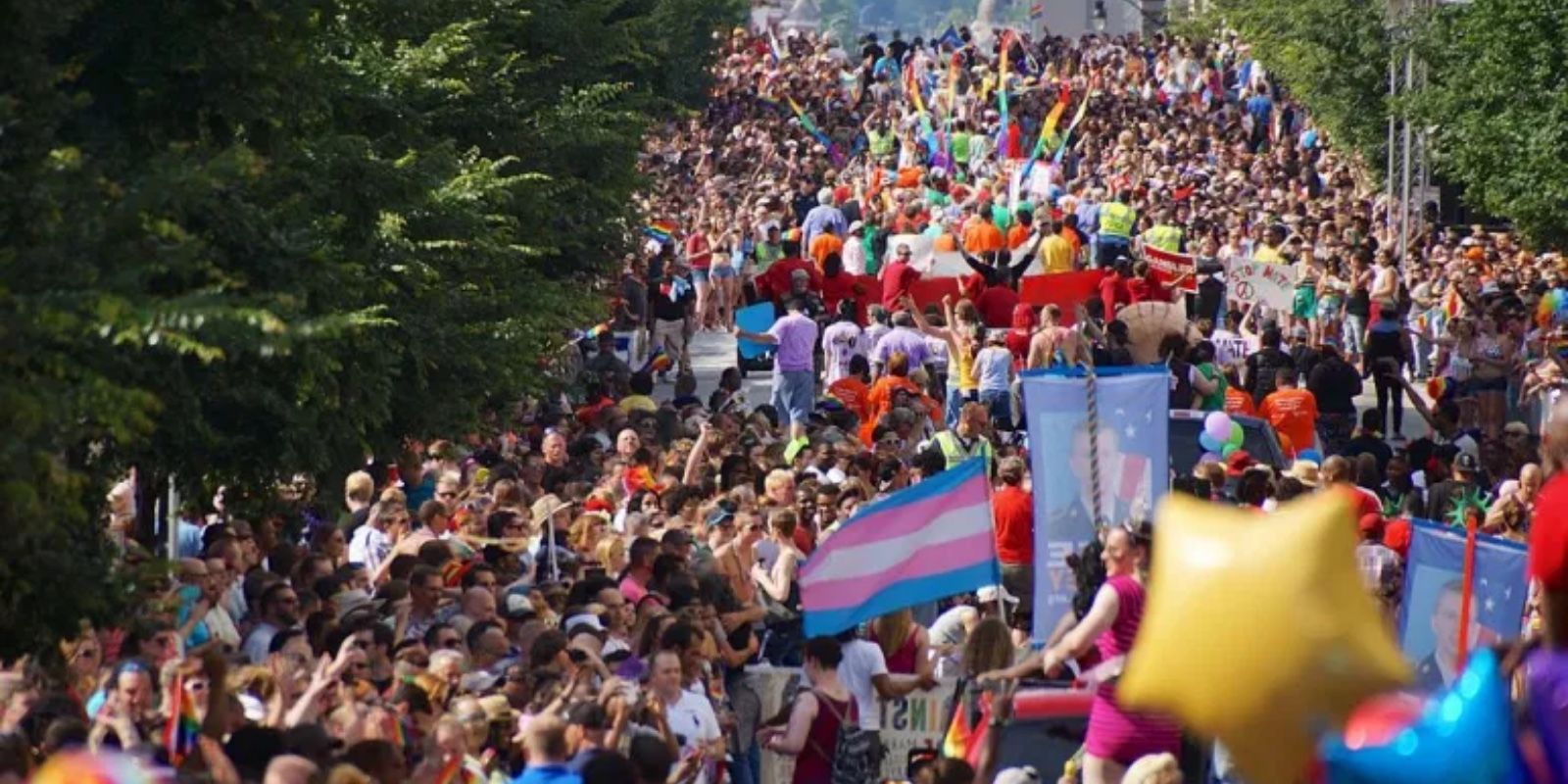 President Trump's 2016 election not only saw historic voting numbers of LGBT Americans for a Republican candidate, at 14 percent, it apparently ushered in a new LGBT utopia with a dramatic five-fold increase of Americans identifying as LGBT! At least according to GLAAD.

In the organization's annual "Where We Are on TV" report, detailing LGBT representation in media, the organization boldly claims that as of 2017, a full 20 percent of 18-34 year old Americans identify as LGBT. If this is surprising, it should be. The most common estimate of LGBT Americans falls between 3 and 5 percent of the population.

In 2017, Gallup found that 4.5 percent of Americans identified as LGBT, as summarized by UCLA School of Law Williams Institute. So where is the disconnect? GLAAD corroborates this claim by arguing recent studies in different communities represent the same increase in identity. For example, in 2018 the University of Chicago found 23 percent of black women between the ages of 18 and 34 identified as bisexual and found 22 percent of Latinos in the same age group identified as LGBT.

One major difference is the very sudden multiplying of identity options available on surveys. Between 2012 and 2017, Gallup asked people in surveys, "Do you personally identify as lesbian, gay, bisexual or transgender" with a steady increase moving from 3.5 percent to 4.5 percent.

However, the GLAAD survey includes seven sexual orientation options and seven gender identity options for survey takers to choose from. Beyond the standard L, G and B, a person can choose asexual, heterosexual, pansexual, queer and questioning. For genders, beyond male, female or transgender, a person can choose agender, gender fluid, bigender, genderqueer and questioning.

The difference can be seen with 2 percent identifying as transgender and 10 percent as one of the alternative options. The same is seen in sexual orientation where 3 percent state they are gay or lesbian, with 6 percent bisexual but 7 percent filter out to the other options, with asexual holding 4 percent of the responses.

While the argument could be made that people in these other groups might not have participated in prior surveys because they did not feel included, it is also important to note that the additional categories do not hold the same social commitment as traditional LGBT identity.

Stating you are gay or bisexual is very different than stating you are asexual or pansexual, both of which have no real social consequences or changes in social behavior or limitations to identity. A person is not going to socially experience discrimination, hate crimes or any other negative consequence because they are asexual and a pansexual person would live a life indistinguishable to any other gay or bisexual person. Roughly 570,000 Americans are married to a same-sex partner, for example. In the same way, identifying yourself as agender, bigender, gender fluid or queergender is not the same as transitioning to the other sex socially. A 2009-2015 American Society of Plastic Surgeons noted only 13 percent of transgender people surveyed had pursed surgical options.

Another important factor is sample size. Gallup surveys 350,000 people annually whereas the GLAAD survey had 2,037 participants, with 84 percent being put in the "non-LGBTQ" sample. Asking 329 people to self-identify is very different than nearly 16,000 LGBT participants.

When looking at the numbers this indicates 13 people self-reported they were asexual, seven said they were pansexual and three reported being either bigender or genderqueer. To argue this represents the LGBT population as a whole takes a lot of statistical imagination and creativity. In the same way the cited Gender Social Survey typically interviews 1,500 to 2,000 people overall with a large range of social questions which include sexual orientation.

GLAAD reports that despite objectively making up about 5 percent of the American population, in 2019 15.4 percent of TV characters are LGBT, which, naturally, is not enough. The organization demands, "GLAAD is calling on the industry to make sure that 20 percent of series regular characters on primetime scripted broadcast series are LGBTQ by 2025. Further, we would challenge all platforms – broadcast, cable, and streaming – that within the next two years, at least half of LGBTQ characters on each platform are also people of color." Currently 52 percent of LGBT characters on TV are people of color and 53 percent are women.

It may be reasonable to argue that expanding LGBT identities in surveys better reflects the LGBT community, but these organizations have a narrative to carefully balance. For every headline of an epidemic of violence against transwomen or a "shocking rise" in anti-LGBT hate crimes, the significant increase in Americans identifying as LGBT equally significantly lowers the rate of hate crimes, already at 0.001 percent of the LGBT community.

Either way, if more LGBT people are comfortable openly identifying with an ever-widening spectrum of identities, it demonstrates a growing acceptance and normalcy for LGBT Americans and it would seem we have plenty of representation in media as it is.