Indiana teacher in custody after telling student about her kill list

Angelica Carrasquillo-Torres, a Grade 5 teacher at St. Stanislaus School in East Chicago, reportedly mentioned the list one of her students around midday on Wednesday. However, police were not called until later that afternoon. 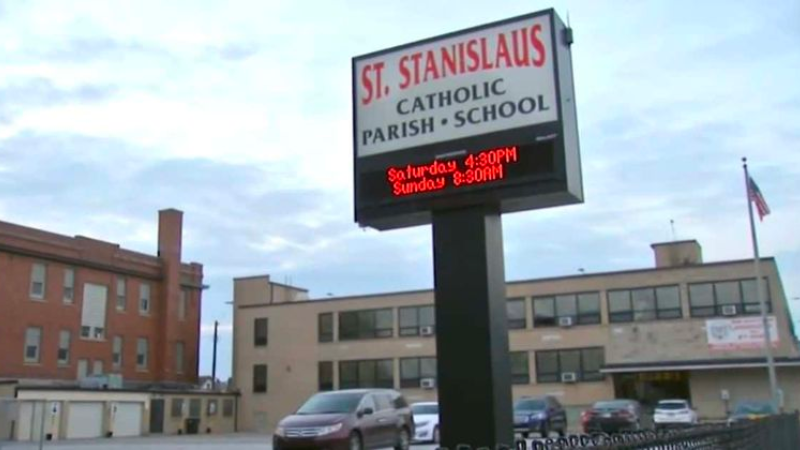 An elementary school teacher in Indiana was arrested on Thursday after telling one of her 5th grade students that she had made a "kill list"  targeting students and staff members.

According to Fox News, Angelica Carrasquillo-Torres, a Grade 5 teacher at St. Stanislaus School in East Chicago, reportedly mentioned the list one of her students around midday on Wednesday. However, police were not called until later that afternoon.


"Officers were advised that on Wednesday October 12, 2022 at approximately 12:45 p.m. a 5th grade student told his/her Counselor that their 5th grade teacher made comments to him/her about killing herself, students, and staff at St. Stanislaus School," said East Chicago Police Department in a statement on Facebook.

"The teacher further told the student that she has a list and that he/she was on the bottom of that list."

The statement went on to explain that following the comments, the teacher was immediately escorted to the principal's office, where she allegedly admitted to the Principal that she had made those statements to the student and confirmed that she did have a "kill list."

The statement went on to say that the police department was "not made aware of the situation until 4 hours later after the teacher was allowed to leave," but that Carrasquillo-Torres was taken into custody the following morning "without incident."

Fox News reported on the frustration felt by parents due to the school's handling of the situation.

"The original email that we received last night had no information of what was going on other than there was an issue in that specific classroom," Kirsten Saldivar, whose child is in pre-K at the school, told Fox 32 Chicago. "We knew nothing and we went about our normal [school] days like nothing was wrong."

However, according to a school email released by WGN9, the school claims to have handled the situation appropriately and cites "misinformation." 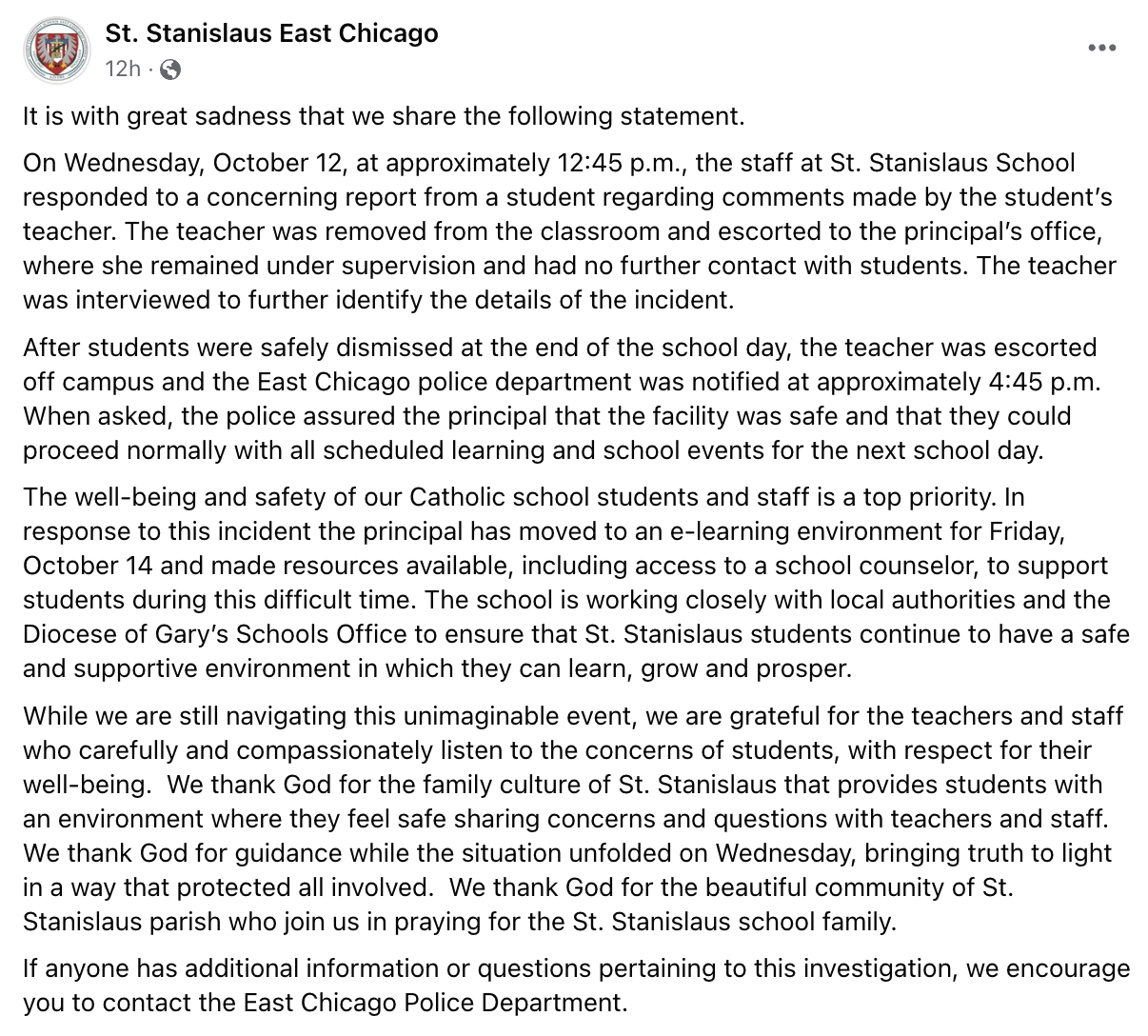 "I understand you may be hearing misinformation regarding an incident that took place … yesterday," began the email to parents. "I want to reassure you, that at all times, students were safe, and school continued as normal while we addressed the situation."

The email went on to say the school had been assured by East Chicago police that the facility was safe and that regular scheduled classes should proceed. Parents were then informed that the following day would be "an e-learning day" and that a school counselor would be available for "anyone who may wish to talk about this unfortunate incident."

"While we are still navigating this unimaginable event, we are grateful for the teachers and staff who carefully and compassionately listen to the concerns of students, with respect for their well-being," said a statement on the school's Facebook page.