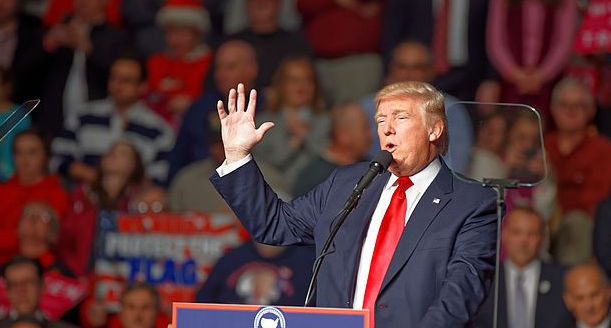 Two unnamed senior government officials have stepped forward to reveal that the FBI raid at Mar-a-Lago was based on information given by a confidential source who was able to identify where and what documents former President Donald Trump had.

The raid was reportedly conducted based on the belief that Trump and his team had not returned all documents that are deemed government property under the Presidential Records Act.

There were attempts to keep the raid low-key, though those attempt fails, with Trump releasing a statement and several GOP leaders responding in anger.

"I know that there is much speculation out there that this is political persecution, but it is really the best and the worst of the bureaucracy in action," one of the sources, a senior Justice Department official, told Newsweek. "They wanted to punctuate the fact that this was a routine law enforcement action, stripped of any political overtones, and yet [they] got exactly the opposite."

The sources say that the raid was done with no political motive, and that the FBI only wanted to recover the classified documents that were "illegally removed from the White House," reports Newsweek.

Planning for the raid began weeks ago, though the FBI Miami Field Office and Washington headquarters "were focused on the former president's scheduled return to Florida from his residences in New York and New Jersey."

"They were seeking to avoid any media circus," a senior intelligence official said. "So even though everything made sense bureaucratically and the FBI feared that the documents might be destroyed, they also created the very firestorm they sought to avoid, in ignoring the fallout."

Two dozen FBI agents raided Trump's Mar-a-Lago home to execute the search warrant, which was signed by an Epstein-connected judge who had donated to Obama's 2008 presidential campaign.

The warrant allowed them to search for any government-owned documents that Trump may have held onto after his presidency. The 1978 Presidential Records Act establishes that presidential records belong to the US government and are not the private property of a US president. The law was put into place to avoid another Watergate situation