Iran’s regime cut internet, then 143 were killed during protests

The regime is now allegedly stealing bodies of protesters from morgues. 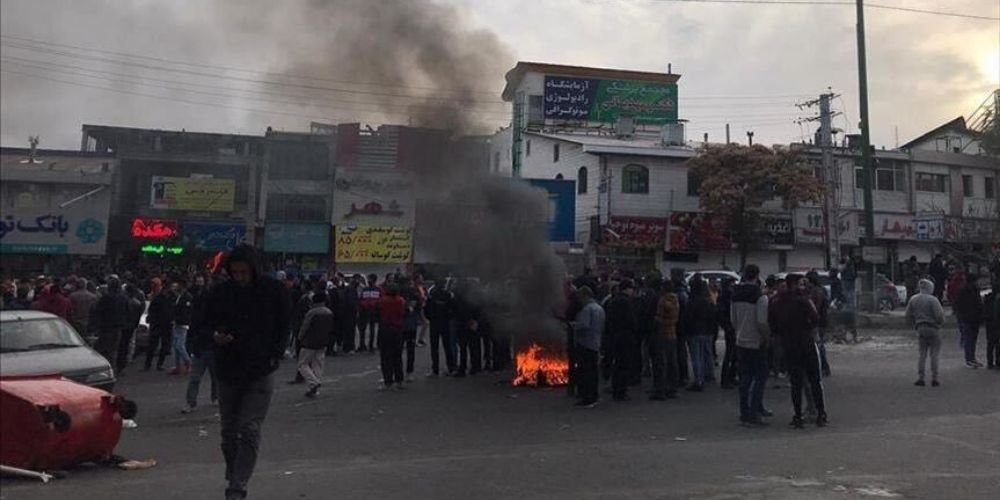 A gasoline price hike aimed at reducing Iran’s massive oil subsidies in the face of continuing U.S. sanctions, and increased costs through aggressive regional involvement in Iraq, Syria, and Yemen, appear to have pushed a large portion of the nation’s population to publically speak out against the Islamic Republic.

Since Nov. 15 demonstrations against the subsidy cut turned violent, seeing gas stations, alongside 100 banks have been burned to the ground, while the regime itself decided to cut the nation’s internet and open fire on protestors with live ammunition.

According to Amnesty International, more than 143 people have been killed by the regime so far in response to the protests.

“The rising death toll is an alarming indication of just how ruthless the treatment of unarmed protesters has been by the Iranian authorities and reveals their appalling assault on human life,” said Philip Luther, Amnesty’s research and advocacy director for the Middle East and North Africa.

Iran has stated the number is far lower at roughly 12, while the exiled and controversial opposition group Mojahedin-e Khalq (MEK) has according to The Telegraph, claimed that the number is far higher, as the regime is actively stealing bodies from morgues in an effort to keep the final body count reduced.

While protests and the bloody crackdown in response from the regime are by no means new, this case stands to be quite different than previous protests for its sheer scale and the willingness from protestors to call out the regime including the Ayelottalh himself.

The anti-government messaging it appears has frightened members of the regime’s inner circle, such as the head of Iran’s Revolutionary Guard alongside many others who are now arguing that foreign powers initiated the protest, rather than the countries history of abusing their own people alongside economic mismanagement due to corruption.