Is the average American being priced out of the housing market by Wall Street investors?

"Limited housing supply, low rates, a global reach for yield, and what we’re calling the institutionalization of real-estate investors has set the stage for another speculative investor-driven home price bubble." 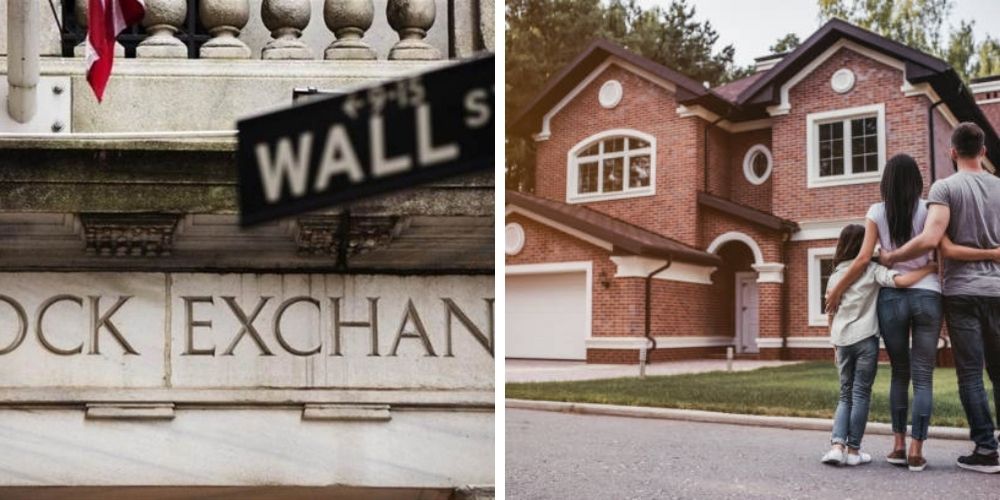 Home prices are being driven up by yield seeking investors who are buying up single-family houses to rent out or flip, competing for houses with ordinary Americans who also have cheapest mortgage financing on record, according to the Wall Street Journal.

One factor in the jump in housing costs is the price of building materials. David Logan, senior economist with the National Association of Home Builders (NAHB) told Inman, "Producers of lumber, they shut down like most every other business needed to. But when production came back, mills had curtailed their production by as much as 50 percent," assuming a "precipitous drop in housing demand" during the pandemic.

Many other material costs have increased such as concrete and oriented strand board (OSB), which is used in home wall paneling, and other products.

Logan added, "We’re seeing shortages in everything from some steel products to paint to toilets and appliances. It’s not that builders and homebuyers aren’t going to get them, it’s that it can literally take months." Material costs are only one part of the problem.

In many cities, residents fled urban centers for the suburbs during the pandemic, in search of more space for families and distancing from strangers. Additionally, building has been impacted by onerous regulations which delay contruction and price smaller builders out of larger markets.

A new report from John Burns Real Estate Consulting said that roughly one in every five houses sold in the country’s top markets is bought by someone who never moves in which will likely make US housing permanently more expensive.

"Limited housing supply, low rates, a global reach for yield, and what we’re calling the institutionalization of real-estate investors has set the stage for another speculative investor-driven home price bubble."

According to the report, in Phoenix, AZ nearly 30 percent of home sales are to investors.

The consulting firm expects home prices to climb 12 percent in 2021, on top of last year’s 11 percent increase and likely grow another 6 percent in 2022. With an expectation that inflation will rise, real estate investments have traditionally been a good way to hedge against inflation.

However, there is an increasing number of institutions entering the market, like pension funds, sovereign wealth funds and insurance companies chasing profits.

The Burns report stated more than 200 investment firms are in the market including: Opendoor Technologies Inc., money managers including JP Morgan Asset Management and BlackRock Inc.

BlackRock is purchasing entire neighborhoods and converting single-family homes into rentals. In cities such as Houston, investors account for a quarter of home purchasers. Since 2020, Home Partners of America, a KKR private equity linked company has purchased 100 single family homes in King County, Washington. Most are in south King County and the companies bid them up higher than the average buyer could afford. Invitation Homes a subsidiary of Blackrock has also purchased 100 since 2019.

The report also included platforms such as Fundrise and Roofstock that buy and arrange for the management of rentals on behalf of individuals and builder LGI Homes Inc.

PCCP LLC, which usually invests in apartment buildings and office towers, purchased rental-home communities in the Southeast, for Calstrs, California’s $286.9 billion teachers’ retirement system. Madison Realty Capital last week closed a $110 million loan on a project in Los Angeles, where 220 of the nearly 700 home sites are being sold to investors.

According to the report, investor sales are up 65 percent in Fort Walton, Kansas from a year ago, up 54 percent in Flagstaff, Arizona, 41 percent in Tulsa, Oklahoma. In Houston, investors accounted for 24 percent of home purchases.

Pedro Gonzalez, journalist and associate editor for Chronicles told Tucker Carlson on Fox News that BlackRock's actions are leading 40 percent of American renters believing they will never be able to own a home. "Homeownership gives people a stake in a society. It’s a way to build generational wealth. It’s the foundation of the middle-class and part of the American dream."

Gonzalez added, "The same institutions also promote progressive [political] policies like environmental policies that also raise the price of housing, and they push for more immigration, like JPMorgan Asset Management."