Is Trudeau risking reconciliation by putting a failed Veterans Affairs Minister in charge?

In a statement to The Post Millennial, Anderson said “ Is this new minister ready to deal with the corruption, transparency and accountability concerns of Indigenous people?” 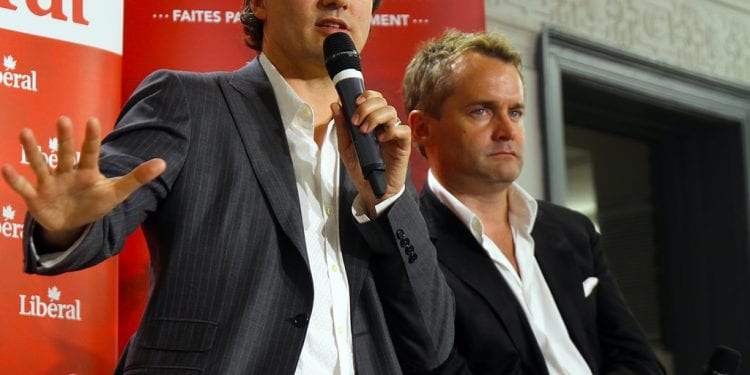 Some leaders across the country have expressed support for this move while others have been questioning the Prime Minister's ability to keep his many promises made to First Nations people during the 2015 election.

The appointment of O'Regan to Indigenous Services comes as a surprise to many Indigenous people across the country who were hoping for some consistency and stability following the split of the Indigenous Affairs Department by the Trudeau government back in 2017.

The future had looked a little more promising to some First Nation leaders with Trudeau’s appointment of Jane Philpott, widely regarded as one of his more competent ministers, looking to help solve some of the issues of funding and transparency in First Nation communities.

As far as many were concerned, Minister Philpott barely had time to get her feet wet before she was shunted from her role in Indigenous Services over to the Treasury Board following the retirement of Scott Brison.

Phillipott had her hands full with many of the problems that continue to plague First Nation communities across this country, especially concerning the accountability of local chiefs and council towards their memberships.

After only a year and a half on the job, she was uprooted from this important position and replaced by a less experienced and more embattled O’Regan.

While this move may have made sense for the Prime Minister and met all the regional and gender quotas associated with cabinet shuffles, it leaves grassroots band members in the lurch, unsure of what this new minister means for the issues they had been working with the previous minister on.

Band members from one First Nation in particular, Tallcree First Nation of Treaty 8, were in the midst of trying to get some assistance from Indigenous Services Canada and Ministers Philpott and Bennett.

Renee Higa-Brown, one of the Tallcree members heading up the efforts, claims that there is widespread corruption throughout the leadership at Tallcree.

Speaking with The Post Millennial, she said “I have never experienced this much corruption in my life time. The election code was not being followed throughout the election, 400+ members were disenfranchised without notice, the electoral officer ignored the judges decision.”

“All of this corruption was out in the wide open and nothing has been done about it. INAC has snubbed us from the beginning of March until now.”

Despite writing the multiple letters to the various levels of the bureaucracy governing Indigenous people, including to Ministers Bennett and Philpott, Higa-Brown says she has been unable to secure any assistance in this matter, with the government taking a hands off approach to election and transparency issues on reserves.

Higa-Brown isn’t the only one bringing the problems as Tallcree to light. Former Tallcree councillor Duane Auger is also alleging foul play in the recent Tallcree election this past Fall.

Speaking with The Post Millennial, Auger said “I feel that it’s important for others to know that the corruption runs deep. The annual financial audits are signed by Chief & Council on drafts so that the numbers can be fudged afterwards.”

For Auger, the problems don’t end at the election. He also alleged to have witnessed Tallcree Chief Rupert Meneen depositing a “very large amount of money into his personal bank account”, right around the time of the big agricultural payout (known as cows and ploughs) came in from the federal government.

Tallcree is not the only Treaty 8 nation suffering from alleged corruption issues. Clayton Anderson, a Indigenous man currently acquiring his membership in Whitefish First Nation #459, is embroiled in a court battle with Whitefish Chief Albert Thunder dealing with financial transparency around the agricultural benefits provided to the band and its members.

In a statement to The Post Millennial, Anderson said“ Is this new minister ready to deal with the corruption, transparency and accountability concerns of Indigenous people?”

“Is this new minister ready to make hard decisions and begin to be involved in court matters to help alleviate many of these ongoing concerns?”

For Anderson, Auger, Higa-Brown and many other grassroots band members, only time will tell if O’Regan is up to the great challenge before him.