ISIS bride stabs Syrian security guard in the back

Al-Hol camp is known for its violence, as are many of the camps. Stabbings, stonings, and flaunting the ISIS flag are common at the location. 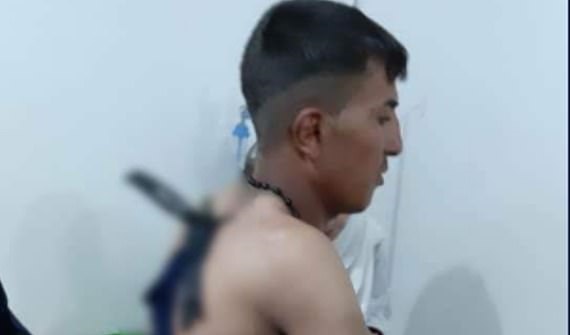 An ISIS bride has reportedly escaped after stabbing a guard earlier this month.

Izzadin Ahmet, a guard at the al-Hol camp in Hasaka, Syria is being treated at a nearby hospital for being stabbed in the back by an unnamed woman.

According to officials, the woman had asked the administration to leave for shopping. “She was allowed and was escorted out by a security member of the camp.”

“But on the way, the ISIS woman stabbed the security member in the back,” said official Sheikh Mus Ahmed to Kurdish media agency Rudaw. Ahmed went on to say that stricter measures have also been put into place, such as curfews.

Al-Hol camp is known for its violence, as are many of the camps. Stabbings, stonings, and flaunting the ISIS flag are common at the location.

The northeastern Syrian camp has over 70,000 jihadists and their families, who were all detained following the defeat of jihadists in the area.

Umm Suhaib, the widowed wife of a jihadist, told AFP that Islamic State supporters have been known to attack Kurdish security forces guarding the camp.

“Two or three times, the Asayesh were stabbed,” said the 23-year-old Iraqi mother of three.

According to some of the women within the camps, the stabbings are at the hands of “Muhajirat.” which are female jihadists that have travelled to Syria to join the Islamic State.

In March, the Syrian Democratic Forces announced the defeat of the ISIS caliphate, which had been declared by ISIS in early 2014 over regions of Iraq and Syria. Following the defeat of the caliphate, the SDF went on to truck tens of thousands of people, mostly women and children, to Kurdish-run camps in northeast Syria.

In total, some 12,000 foreigners—4,000 women and 8,000 children—are now living in such camps, according to Kurdish authorities.