The enactment of Bill C-16, passed under the Trudeau government, allows males who self-identify as females to transfer into women's prisons—no hormones, surgery, or attempt to appear female required. 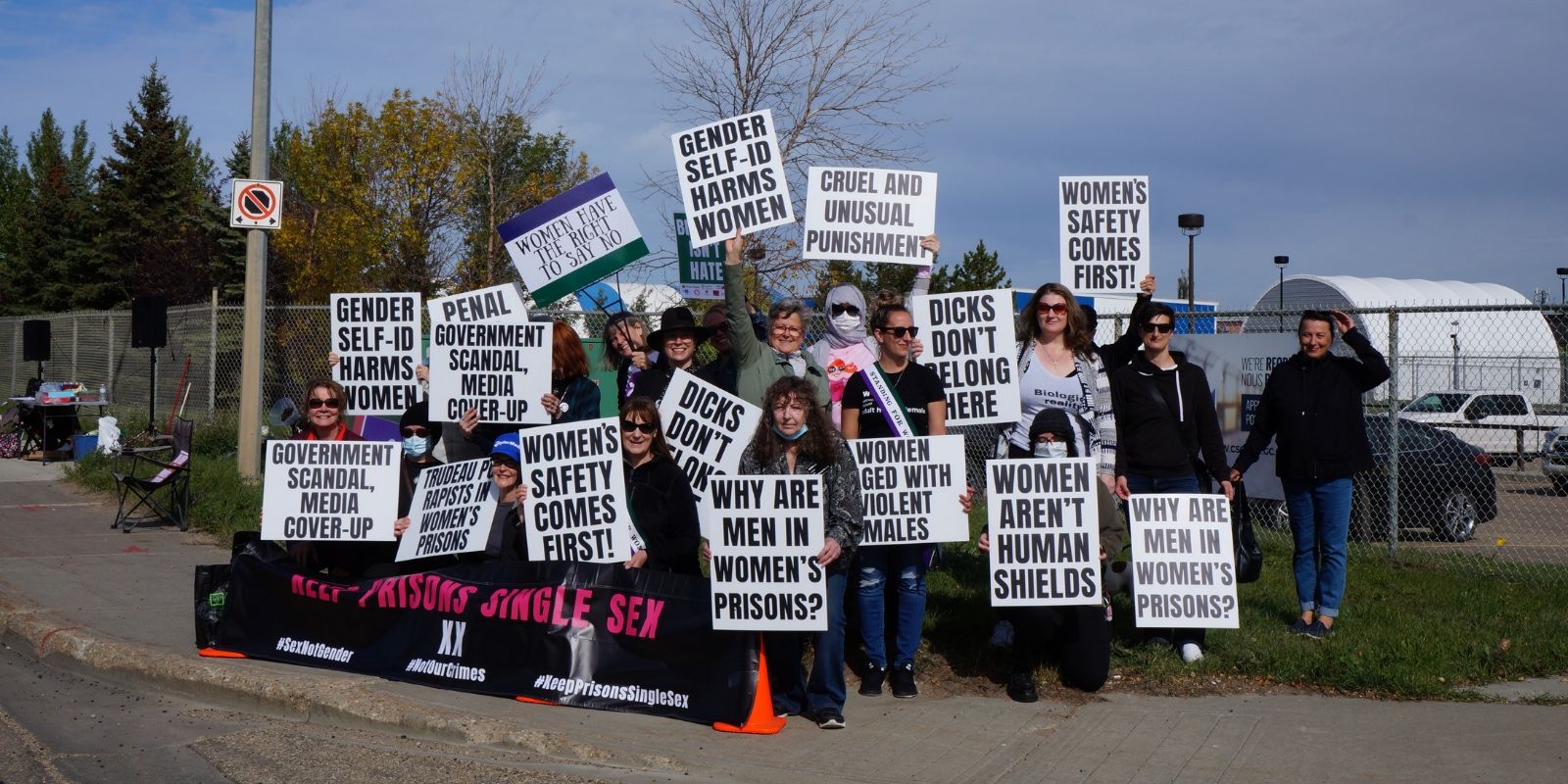 More than 100 Canadians gathered at five prisons across Canada on September 18 to say "no" to housing male inmates in women's prisons.

The enactment of Bill C-16, passed under the Trudeau government, allows males who self-identify as females to transfer into women's prisons—no hormones, surgery, or attempt to appear female required. Beard? Penis? Not a problem. And if he would like breast implants, that's okay, too; the Canadian government will even pay for it.

When gender self-identification is law, a biological male need only state that he "feels" like a woman to be legally recognized as one. Never mind that the concept of "feeling like a woman" is both indefinable and unprovable in its existence.

As per 2019 data, Corrections Services of Canada had 58 transgender identified persons in their care. This includes biological males—including murderers, rapists, and pedophiles—that have already been moved to female prisons. Canada's most notorious case is Tara Desousa, the male pedophile, rapist, and child killer who was granted access to a female institution that also had a mother-baby program.

Incarcerated women are terrified. We know this largely because of the work of Heather Mason, a formerly incarcerated woman who now advocates for women in prison and has a network of women sharing their stories from inside of Canada's now mixed-sex prisons. She also organizes prison protests.

Mason, and a small group of women, work tirelessly to bring attention to this issue and demand a reversal of the prison policy that puts incarcerated women at risk of male violence. Mason submitted a brief to the Standing Committee on Public Safety and National Security in June 2021, detailing female inmates' allegations of rape, harassment, and abuse by transgender identifying males that have been housed in women's prisons. Mason made five recommendations, including the immediate halting of further transfers of inmates from male to female prisons, and the immediate removal of violent males already inside.

That Rhoderie Estrada's rapist and murderer was moved to a women's jail prior to trial—during which the jury had no idea that the now-convicted killer was identifying as a woman and being housed in a female facility—made news the day before the National Day of Protest at women's prisons on September 18. Much of the chatter at the British Columbia protest, where I was in attendance, was about the institutional contempt for women that was laid bare by such a transfer.

Passing motorists, pedestrians—and even corrections staff—were overwhelmingly supportive of the messaging from protestors. Their signs featured slogans such as "Trudeau put rapists in women's prisons," "gender self ID harms women," and "males don't belong here." Protestors occasionally broke out into chanting "keep prisons single sex." Several passersby expressed surprise: they had no idea that males were able to gain access to female prisons.

This is an expected response, though, as mainstream media largely ignores this issue—where one misstep can get you labelled a "transphobe" by our country's rabid transgender activists.

No counter-protest occurred at any of the five sites in British Columbia, Alberta, Ontario, Quebec, or Nova Scotia. Heather Mason attended in Alberta.

"I love how we all joined forces from across the country and stood for our most marginalized women in prison. We competed with a Freedom Rally and people still cared enough to come out during the fourth wave [of the pandemic] and chose our protest over that," Mason commented to The Post Millennial.

As Canadians head to the polls for the federal election on Monday, I hope they will take a moment to think about our incarcerated women and which politicians continue to endorse self-identification—despite its obvious harms and the growing backlash from Canadians who have seen enough.

Many of us stand with Mason and her sisters: Keep prisons single sex.