"At what point was it did he have his conversion from whatever that was to conservatism? Because I haven't heard anyone explain this," Posobiec said. 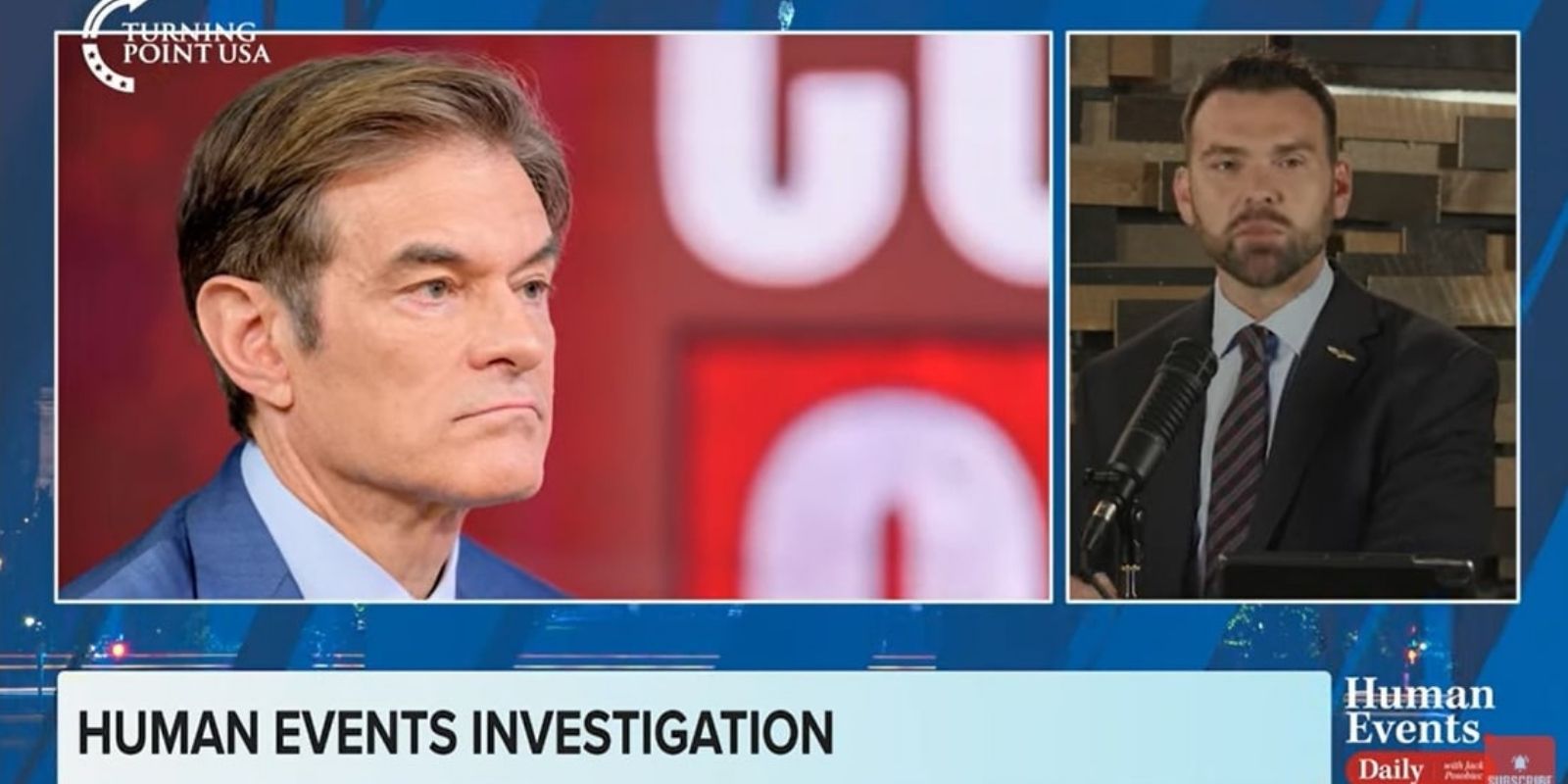 Jack Posobiec of Human Events Daily on Monday published a video announcement for the outlet's investigation into Dr. Mehmet Oz. He's currently running a campaign for the US Senate in Pennsylvania on a conservative ticket.

Posobiec says there's reasons to doubt the credibility for what Oz is now politically claiming to be. "We went in. And so we've seen these new interviews, where Dr. Oz suddenly at long last has decided that he's a conservative. And so I said, 'You know what, I want to check the record on that.' So we went to the record. I gotta tell you, folks: This guy does not have a conservative record," Posobiec says.

In regards to the Second Amendment, in 2019, Dr. Oz seemed to endorse red flag laws on his talk show by saying that "hopefully most states" would adopt them. However with the announcement of his candidacy by 2021, he now believes most states would abuse the powers that red flag laws would grant. Further past tweets from Dr. Oz show him backing a proposal that'd have had the CDC studying gun violence.

On the topic of abortion, in 2019, Dr. Oz questioned the definition of what a fetus heartbeat qualifies as, and was highly skeptical about the abortion limitations placed surrounding that. But in 2021, he's more broadly about the "sanctity of life."

As for COVID-19, in 2020, Dr. Oz praised the Chinese system of lockdowns in an NBC interview spot, and touted their proclaimed drop in pandemic case numbers as "fantastic news." However, now in 2022, he abhors such practices and openly doubts the efficiency of the COVID-19 vaccine. (Earlier this year, POLITICO published an analysis that highlighted how Dr. Oz's show had connections to China through sponsorship by the Usana Health Sciences company).

Regarding transgenderism, in 2010, Dr. Oz promoted transgender children as an upcoming trend of the decade. He hosted a pair of families and gave them glowing interviews on his program, and openly questioned the upheld standards of beliefs about biology.

Other recently resurfaced clips of Dr. Oz include him supporting Jussie Smollett on his talk show in the aftermath of the Empire actor's staged hate crime in 2019.

Posobiec's conclusion was to invite Dr. Oz onto his Human Events Daily show to talk about it all.

“We have a lot of questions here at Human Events Daily, about your statements on red flag laws. You said you wanted them in every one of the states. You said it was your hope 50 states to have red flag laws. Doesn't sound very conservative, no due process there. What's going on with that? Come on the show. Let's talk about it. You talked about how heartbeat bills aren't really heartbeat bills, because it's just electrical impulses. I'd love to talk about that because I know a lot of people in the very conservative pro-life community who say that heartbeat bills are one of the most important things that people can do. You also talked to transgender children. You promoted transgenderism and children and you promoted a certain individual who had top surgery when they were in seventh grade. I would love to talk to you about whether or not it is a conservative ideal to promote top surgery for seventh graders," Posobiec invited Dr. Oz.

Earlier in April, former President Donald Trump endorsed Dr. Oz for his US Senate race in the midst of the primaries in Pennsylvania. The reaction from local conservatives was one of confusion and led some to openly ask what Trump's reasons were for backing Oz as a candidate.