NDP push for nationwide drug decriminalization after BC given go-ahead

Jagmeet Singh and his party are pushing for a nationwide solution to the drug crisis after BC was given the federal go-ahead to try a health-based approach. 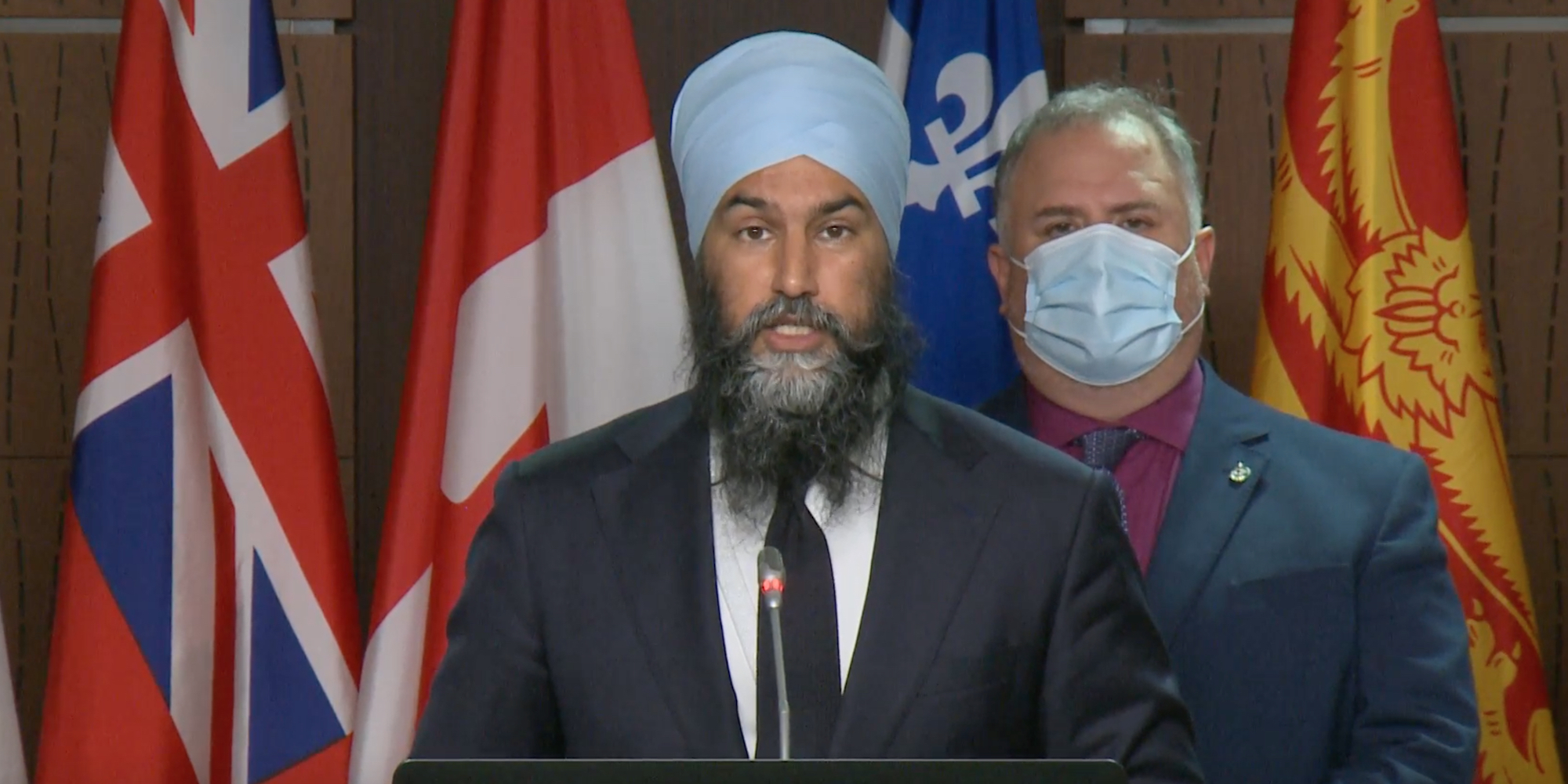 Jagmeet Singh and his party are pushing for a nationwide solution to the drug crisis after BC was given the federal go-ahead to try a health-based approach.

On Tuesday, BC announced that it had received an exemption from Health Canada, allowing the province to decriminalize drugs and treat the crisis as a health issue.

This prompted NDP leader Jagmeet Singh to speak up, pushing for a nationwide solution via a bill presented by his party.

He went on to say that the Liberals' decision not to implement a national solution is hypocritical given the fact that they just approved an exemption for BC allowing the province to take a health-based approach.

Singh called the decision not to take a national approach to a national crisis "shameful," and urged Trudeau to "show leadership."

"We can save lives today. The bill that we're presenting will save lives."

The bill in question was introduced by NDP MP Gord Johns, and seeks to decriminalize certain illicit substances nationwide. It is set to be voted on later Wednesday, however as a private member's bill it faces major hurdles.

Trudeau was pressed on the issue of nationwide decriminalization during question period on Wednesday, with Singh leading the charge.

Trudeau agreed that a healthcare-based approach was necessary, but added that there needs to be a "framework" in place before any legislation can be passed.

"Unfortunately it is not a simple solution like [the one] proposed by the NDP, it is a complex solution."

Speaking with reporters afterwards, however, Trudeau hinted that certain cities such as Toronto and Edmonton could be given the go-ahead to decriminalize in the near future.