Evan Neumann was indicted on December 10, 2021, on a total of 14 counts, including engaging in physical violence in a restricted building or grounds with a deadly or dangerous weapon, civil disorder, and assaulting, resisting, or impeding certain officers, according to the FBI. 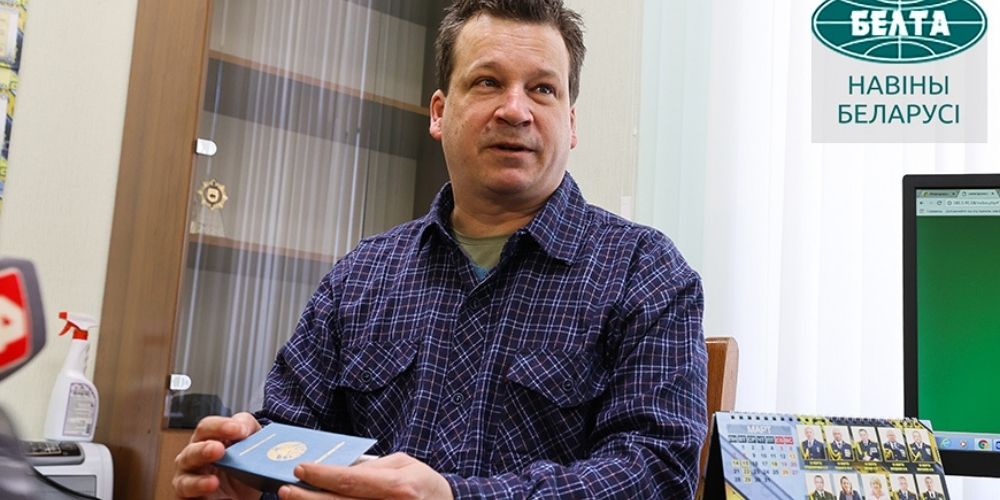 A Jan. 6 Capitol riot defendant wanted by the FBI on 14 charges was granted refugee status in Belarus on Tuesday, according to a Belarusian state-run media Twitter post.

Belarusian Telegraph Agency announced Neumann's refugee status on Tuesday stating, "US citizen Evan Newman received refugee status in Belarus. The document was handed to him in the Department of Citizenship and Migration of the Internal Affairs Directorate of the Brest Regional Executive Committee on March 22, 2022."

Evan Neumann was indicted on December 10, 2021, in the District of Columbia on a total of 14 counts, including engaging in physical violence in a restricted building or grounds with a deadly or dangerous weapon, civil disorder, and assaulting, resisting, or impeding certain officers, according to the FBI.

He fled from the United States on February 16, 2021, and was believed to be in Belarus. Neumann was initially charged in a criminal complaint filed on March 23, 2021. A federal arrest warrant was issued for Neumann in the United States District Court, District of Columbia, on December 10, 2021.

Neumann is accused of allegedly punching two officers at the Capitol on January 6 and using a metal barricade as a "battering ram" to strike officers trying to stop the mob, CNN reports.

According to the outlet, Neumann expressed gratitude to the nation of Belarus for granting him asylum but said he had "mixed feelings."

"Today I have mixed feelings," Neumann told BelTA on Tuesday. "I am glad Belarus took care of me. I am upset to find myself in a situation where I have problems in my own country."