Jeff Daniels comes out as an anti-racist activist to Stephen Colbert, supports Critical Race Theory and the concept of 'white rage'

"You have to choose now. You have to decide whether you’re for eliminating or at least marginalizing systemic racism, or are you against that?" 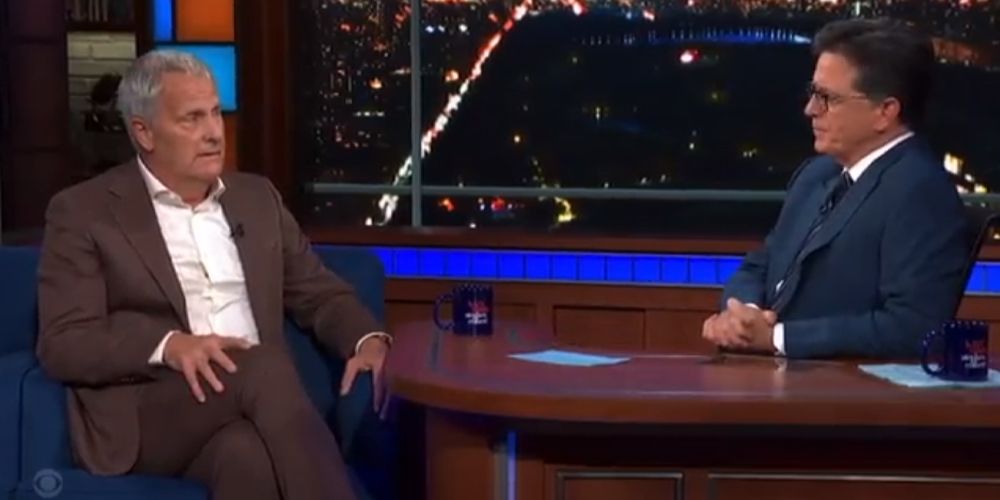 Former "Dumb and Dumber" actor Jeff Daniels did a recent interview spot on "The Late Show with Stephen Colbert."

For context, Mr. Daniels brings up his rendition of "To Kill a Mockingbird" on Broadway in this latest interview.

(In July 2019 before George Floyd, he and Stephen Colbert did a previous interview about it. Colbert still called Trump a racist anyway.)

For this latest exchange, it aired on September 13th of this year.

"And I think the ‘Bloody Sunday’ for people of color, was George Floyd’s murder. And white people said ‘I had no idea that we were only taught one side of American history, I better look into that.’ And so I started reading Isabel Wilkerson, Ta-Nehisi Coates, Carol Anderson…. you know. Get educated because there’s a whole…. we have an opportunity in this country right now, to welcome in a New America. We really do."

That New America being rhetoric used in Chinese propaganda and a topic of division in American public schools.

"I feel the same way that there is…. I mean it’s strangely not only in America, not in our…. the way we approach our civic society…. but in the arts? There’s reasons and there’s opportunity, where there are things that are reopening that never closed before, to rededicate yourself to first principles."

"Yeah and white people are the ones that need to hear it. So Mockingbird is uh…. with Aaron Sorkin and Harper Lee, it’s a white point of view…. and it’s certainly is the story of Atticus coming to grips with the fact that…. one of the big central questions of the play is — there’s goodness in everyone, you just have to care enough to look for it. And is that true today in 2021? Is there goodness in everyone? Not so sure. But you have to choose now. You have to decide whether you’re for eliminating or at least marginalizing systemic racism, or are you against that? You have to choose. You can’t just sit back and go ‘please cut my taxes and I’m going to look the other way.’"

Colbert finishes the moment off by saying:

"Well there’s also a choice before that, which is to acknowledge that it exists."

Long time viewers of Stephen Colbert might recall that on his Comedy Central show he had Anita Sarkeesian on to talk about GamerGate and feminism.