The red pilling of JK Rowling is like Christmas for gender critical feminists. She has finally come out and said it: Biological sex is real, and it's not bigoted to say it. 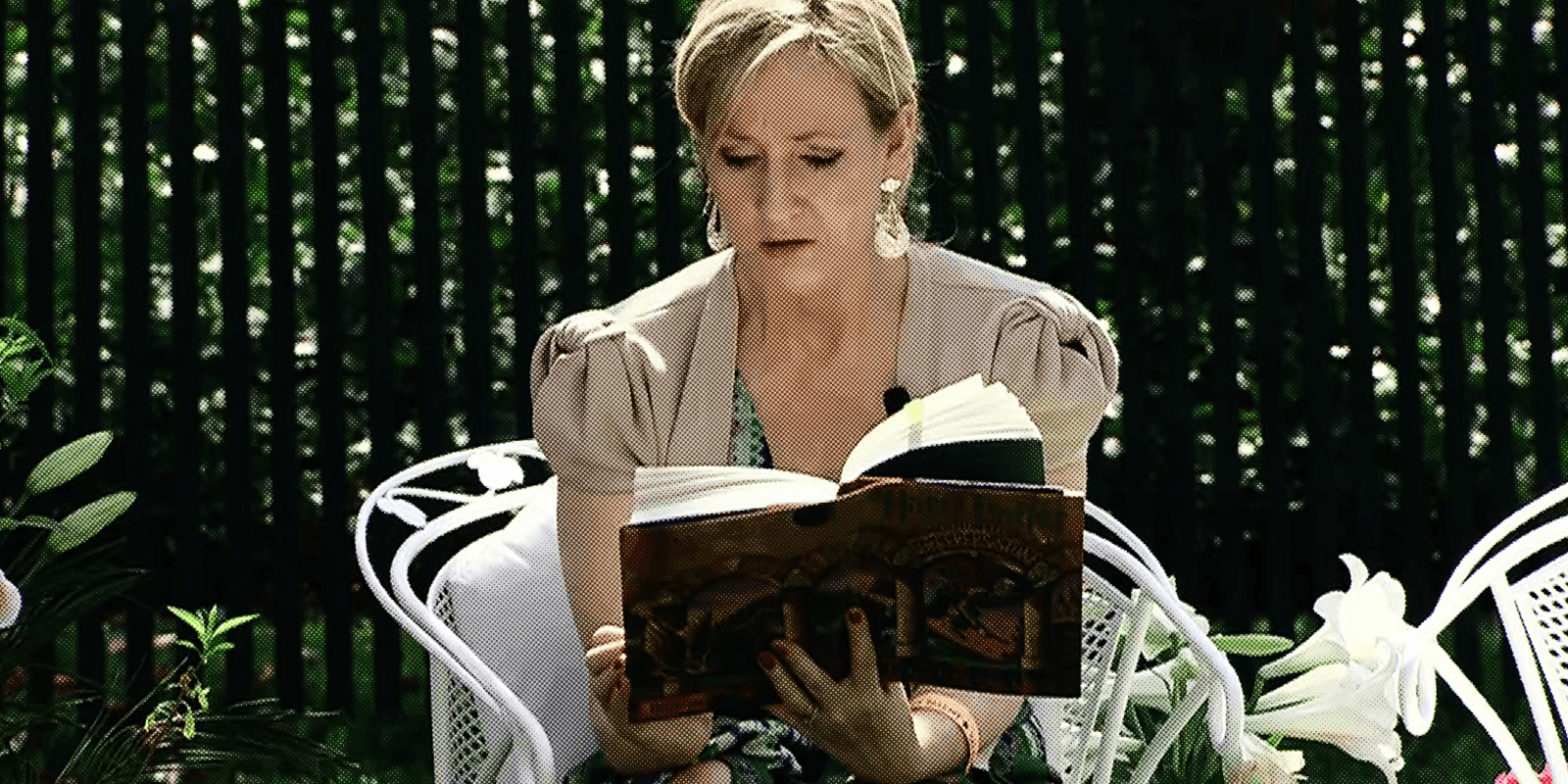 The red pilling of JK Rowling is like Christmas for gender critical feminists. Rowling has dallied with the gender critical conversation for a while now, posting here and there little tidbits that could lead one to believe that she is sympathetic to the cause of women who believe in the biological reality of sex, but now she has come right out and said it.

Biological sex is real, and it's not bigoted to say it. In fact, quite the reverse is true.

Any other woman who posted a comment like this, which is considered hateful by the trans community, would be instantly cancelled. But Rowling is simply uncancellable. She can't be taken down. Her place in culture is secure, and her audience adores her and clamors for more. Rowling cannot be shamed out of a career.

Earlier today, Rowling posted an article that talks about the health impacts of the COVID-19 coronavirus on "people who menstruate." She noted that there must be some other term for those persons among us who bleed monthly. She wrote:

"People who menstruate.' I'm sure there used to be a word for those people. Someone help me out. Wumben? Wimpund? Woomud?"

She stated directly what many of us have been saying for years now, only to be shouted down by men in dresses who claim they are women, and, of course, their allies.

For women like me, who have been maligned as a TERF (trans exclusionary radical feminist) for some time now, this revelation is glorious.

Back in the fall, Rowling stated her support for Maya Forstater, a woman who was released from her contract as a tax researcher at the London Centre for Global Development. Her contract was terminated the previous spring, when a coworker complained about her out-of-office activities on social media, where she stated her belief that yes, biological science is real, and men cannot become women.

Forstater brought suit against the termination, but lost the case. Rowling tweeted out her support for Forstater, using the #IStandWithMaya hashtag that blew up on Twitter. For this, Rowling was trounced by Mark Hamill, Jameela Jamil, and other woke-stars who found that they couldn't tolerate Rowling's statements of facts.

This tweet of Rowling's has been retweeted over 41 thousand times.

The trans movement has for a decade been telling women that they are not defined by their bodies, but by amorphous other things, like feelings, appearance, and the way they are treated in society. Feminists themselves opened the door to this way back in the early days of the movement, by attempting to separate women as bodies from women as gender, gender being defined as a woman's use and place in society. It was this that opened the door for men to imagine themselves to be part of the "woman gender" despite not having a woman's body.

But feminists could not have imagined that this rhetorical tool, meant to separate society's limitations on women from women themselves, could lead to this place where to be a woman, a man must only claim that he is one.

In our quest to be liberated from men's impositions on women, women opened the door to further oppression. This new oppression isn't about defining women by their bodies' functions, but about depriving them of associating femaleness with their bodies.

Once this was realized, many women began to speak up, including Meghan Murphy of Feminist Current, or the amazing women of the Women's Liberation Front, the women of the Hands Across the Aisle Coalition. Publications that allowed women like me to write about the silencing of women by the trans cult, outlets like Quillette, The Post Millennial, The Federalist, Human Events, Spectator US, and The American Conservative, to name a few, were called out as bigoted.

Instead, they were truth tellers who refused to let women be silenced by those who would redefine us into nothingness.

That Rowling has hit peak trans, as it is called when a woman wakes up, wipes the wokeness from her eyes, and realizes that transgender ideology is not in service to liberation but instead serves to further oppress, marginalize, and disenfranchise women, should give women hope that their bodies, hearts, and minds may finally be their own.