Bending to the will of leftist ideologues is not only an assault on our nation’s beloved democracy but is also a rejection of one simple fact—that we cannot hold views critical of historical figures outside of the context, institutions, and morals of their time. 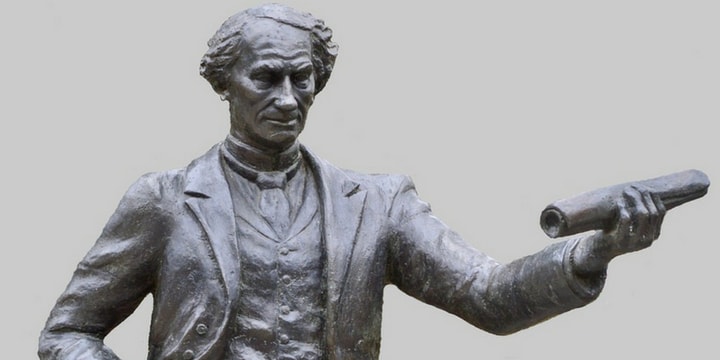 While the debate on removing effigies rages on, some have taken it upon themselves to engage in vandalism. Destroying public property as an alternative to rational discourse must be condemned, irrespective of one’s partisanship.

Earlier this week, a statue of Sir John A. Macdonald was the subject of such vandalism. The spray painting of his monument was done in solidarity with anti-racism initiatives. However, while many agree Macdonald was not without his fair share of controversy (i.e., supporting the residential school system), when we fail to denounce these acts publicly, we effectively rob society of the opportunity to come to a consensus through conversation.

Bending to the will of leftist ideologues is not only an assault on our nation’s beloved democracy but is also a rejection of one simple fact—that we cannot hold views critical of historical figures outside of the context, institutions, and morals of their time. That’s a universal truth all historians and students of are taught in post-secondary.

The Delhi-Dublin Anti-Colonial Solidarity Brigade was the group that painted the Macdonald statue, and also doused a statue of Queen Victoria in green paint, near McGill University, and has become the second of such attacks of the 19th Century monarch in the past week.

In a statement by the group, the monarch represents an “insult to the struggles for self-determination and resistance of oppressed peoples worldwide.”

While a case can be made in support of their position, the method to their madness, however, is morally reprehensible.

As stated before, there is no intent to remove these statues for relocation, but the debate reigns on.