Judge blocks use of Title 42 to quickly expel migrants

Title 42 was initially enacted by Trump at the outset of the COVID-19 pandemic as a means of allowing authorities to quickly and efficiently expel migrants on public health grounds. 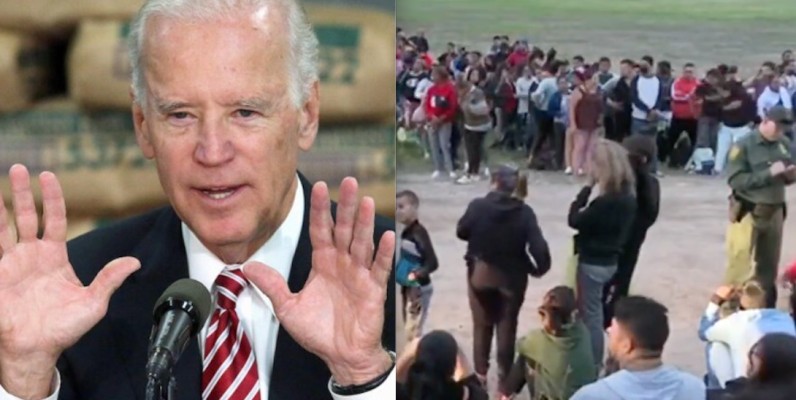 Alex Timothy
Nov 15, 2022 minute read
ADVERTISEMENT
ADVERTISEMENT
A federal judge has blocked the government from being able to use Title 42 to quickly expel migrants, even as the levels of illegal migration skyrocket.

Title 42 was initially enacted by Trump at the outset of the COVID-19 pandemic as a means of allowing authorities to quickly and efficiently expel migrants on public health grounds.

Despite Biden still declaring COVID-19 to be a "global health emergency", U.S. District Judge Emmet Sullivan issued the order on Tuesday to bar the use of Title 42, calling the policy "arbitrary and capricious" and a violation of the Administrative Procedure Act.

The Biden administration alone has expelled nearly 2 million migrants using Title 42 according to Customs and Border Protection data. As recently as last month, the policy was expanded to allow for the expulsion of Venezuelan nationals to Mexico.

Texas Governor Greg Abbott tweeted that the news was "disastrous" and that it "will further signal to cartels, human smugglers, & illegal immigrants that the border is wide open—inciting more violence & lawlessness."

Communities along the U.S. - Mexico border take the brunt of the administration's failing immigration policies. So much so that Gov. Abbott started sending busloads of migrants away to several self-proclaimed sanctuary cities as a means of relieving the pressure on the border towns.

"Texas refuses to let our border towns be steamrolled by President Biden's border crisis and we're doing whatever it takes to relieve our communities," Abbott tweeted on Monday.

Fiscal year 2022 saw a record 2.3 million migrant encounters at the southern border and the crisis has shown no signs of slowing down. There are also signs that migrant encounters are getting increasingly violent, with multiple attacks on U.S. Border Control agents in the last couple of weeks.

It has been strongly expressed by many Republicans that the Biden administration is presently not doing anywhere near enough, seemingly spending money on everything except border security.
ADVERTISEMENT
ADVERTISEMENT
biden border