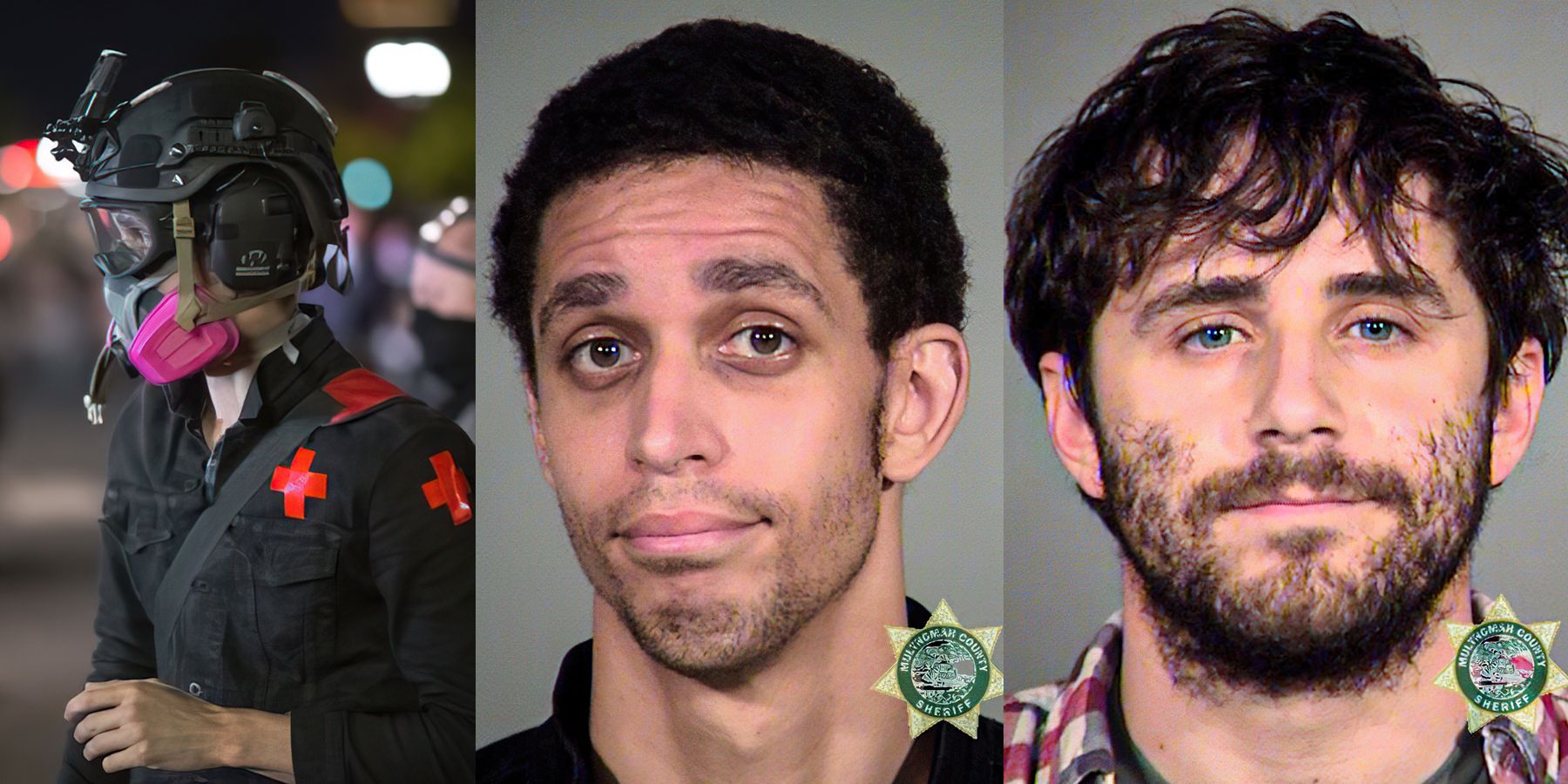 "In many instances, alleged plaintiffs were not actively providing medical aid when they were harmed," Immergut wrote in her May 15 ruling. "Plaintiffs admittedly position themselves right next to protesters in areas which pose the most risk of harm, rather than standing apart from the crowd, undermining the suggestion their harm was the result of intentional targeting."

Immergut noted that over half of the medics' allegations that federal agents shot pepper balls at them or employed tear gas without legal justification "appear to have occurred" after the plaintiffs had refused to follow dispersal orders while acting as human shields.

During each riot last summer in Portland, federal officers gave dozens of dispersal orders over loudspeaker. Most in the crowd, which sometimes numbered in the thousands, ignored the orders.

"...the Court is not aware of any established legal authority suggesting that Plaintiffs, as protest medics, were entitled to ignore those orders," Immergut wrote in the dismissal.

U.S. District Judge Michael W. Mosman found alongside Judge Immergut that the separate suits failed to demonstrate an impending risk that plaintiffs would be harmed by federal officers when attending future protests. Immergut called the purported fear "too speculative" and commented that particular circumstances have changed under the new Biden administration.

She also wrote that the protests outside the federal courthouse have turned into smaller, less frequent demonstrations outside the local U.S. Immigration and Customs Enforcement facility, where far fewer encounters between federal agents and rioters have occurred. The ICE building has been vandalized and set on fire several dozen times by far-left rioters since August last year.

One of the plaintiffs, 31-year-old Christopher Steven Wise, was arrested at an attack on the ICE building in August 2020 when Antifa vandalized the facility and started fires on the street. Responding officers were assaulted with rocks, paint balloons and glass bottles.

Wise was charged with interfering with a peace officer and second-degree disorderly conduct. He was quickly released without bail and both charges were dropped by Multnomah County District Attorney Mike Schmidt.

Co-plaintiff Michael A. Martinez, 29, a medical student at Oregon Health and Science University, was arrested in June last year when Antifa attempted to break inside the Multnomah County Justice Center. He allegedly used an OHSU medic booth to provide support to Antifa. Martinez was taken into police custody for interfering with a peace officer but his charge was dropped. Martinez is among a handful of staff or students affiliated with the hospital and medical university who have been arrested at far-left riots in Portland.

Immergut dismissed the injunction request of the "medics" against federal officers but she kept alive the financial damages petition over alleged civil rights violations by federal agents and all other claims still pending against the City of Portland.

Judge Mosman on May 11 dismissed the separate suit filed by state Rep. Janelle Bynum and Rep. Karin Power, both Democrats, the First Unitarian Church of Portland, local open borders activist attorney Sara Eddie and the Western States Center. The Western States Center is a far-left nonprofit based in Portland that purports to monitor right-wing extremism. The plaintiffs sued DHS, ICE, the U.S. Marshals Service and the Federal Protective Service.

The suit’s dismissal isn’t a total loss for the activists, however. Judge Mosman did grant a preliminary injunction the day before the presidential election last November restricting federal crowd control to no more than one square block around the federal courthouse. The judge also rejected the claim that the federal officers violated the 10th Amendment’s separation of powers. The day after the election, Oregon Gov. Kate Brown activated the National Guard after Antifa rioted in downtown to protest the election.

The attorney who represents the plaintiffs, Clifford Davidson, said of Mosman's ruling to The Oregonian: "Our clients won when it mattered most. They are pleased to have obtained an injunction against the Trump Administration’s blatant retaliation against dissent, and that the Executive Order calling for that retaliation is now repealed."

Earlier this month, the Biden administration revoked executive orders signed by former President Donald Trump giving federal agencies the authority to mobilize to Portland after rioters tried night-after-night to burn down the federal courthouse. In response to both local and federal law enforcement efforts to curb the violence during the riots last year, numerous groups and activists filed nearly two-dozen lawsuits.