As trade war escalates, Canada must stand with the U.S. not China

As the trade war between the United States and Communist China escalates, some Canadians are saying they’re worried about being “caught in the middle.” 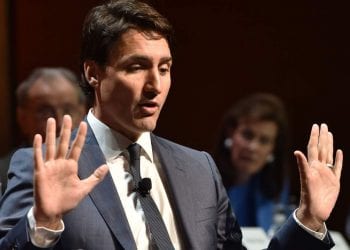 As the trade war between the United States and Communist China escalates, some Canadians are saying they’re worried about being “caught in the middle.”

However, that worry is misplaced, because there should be no “middle” when it comes to choosing between standing with the US, or standing with Communist China.

First of all, Canada’s economy will always be far more closely tied to the U.S., because we share a border with them.

Second, the U.S. is our friend and ally, and even when we disagree we are still family.

And third, along the same lines, the US, like the UK, is part of the same Western Civilization as Canada, and we hold our core values and beliefs in common.

Canada will always have more in common with the United States than we have with Communist China.

There is another reason we should stand with the US: Canadians have already seen the cost of doing business with China.

With innocent Canadian Citizens kidnapped and held in horrible conditions, our exports being blocked, and our foreign minister unable to even get phone calls returned, Canada is getting a taste of what it looks like when China’s authoritarian leaders decide to “send a message.”

This is happening at a time when our trade with China is a minuscule fraction of our trade with the United States and represents a very small percentage of our overall economy.

What that means is that we are not yet overly dependent on China, and can stop ourselves from becoming beholden to them before it’s too late.

After all, if we’re being treated this badly now, just imagine what we would have to endure if our economy depended on China’s whims.

Unfortunately, the corporate and political elite in Canada are driven by greed for insatiable profits in the communist state and are willing to throw our values and our core beliefs under the bus for some short-term financial gain.

That greed has even led some to try and push us closer to China while seeking to distance ourselves from the US, a move that would be disastrous.

Canada has a golden opportunity to distance ourselves from China, prevent ourselves from becoming dependent, and at the same time deepen our relationship with countries like the U.S., the U.K., and even India; which are democratic nations where trade opportunities and common values can provide opportunity and prosperity far into the future.

Plus, we don’t even have “free trade” between our own provinces, so how about we get that taken care of.

That’s where our focus should be, strengthening our own country and standing with our true allies