California Senator Kamala Harris tweeted about her Kwanzaa celebrations being "one of her childhood memories", but critics are posting evidence that those celebrations likely never happened. 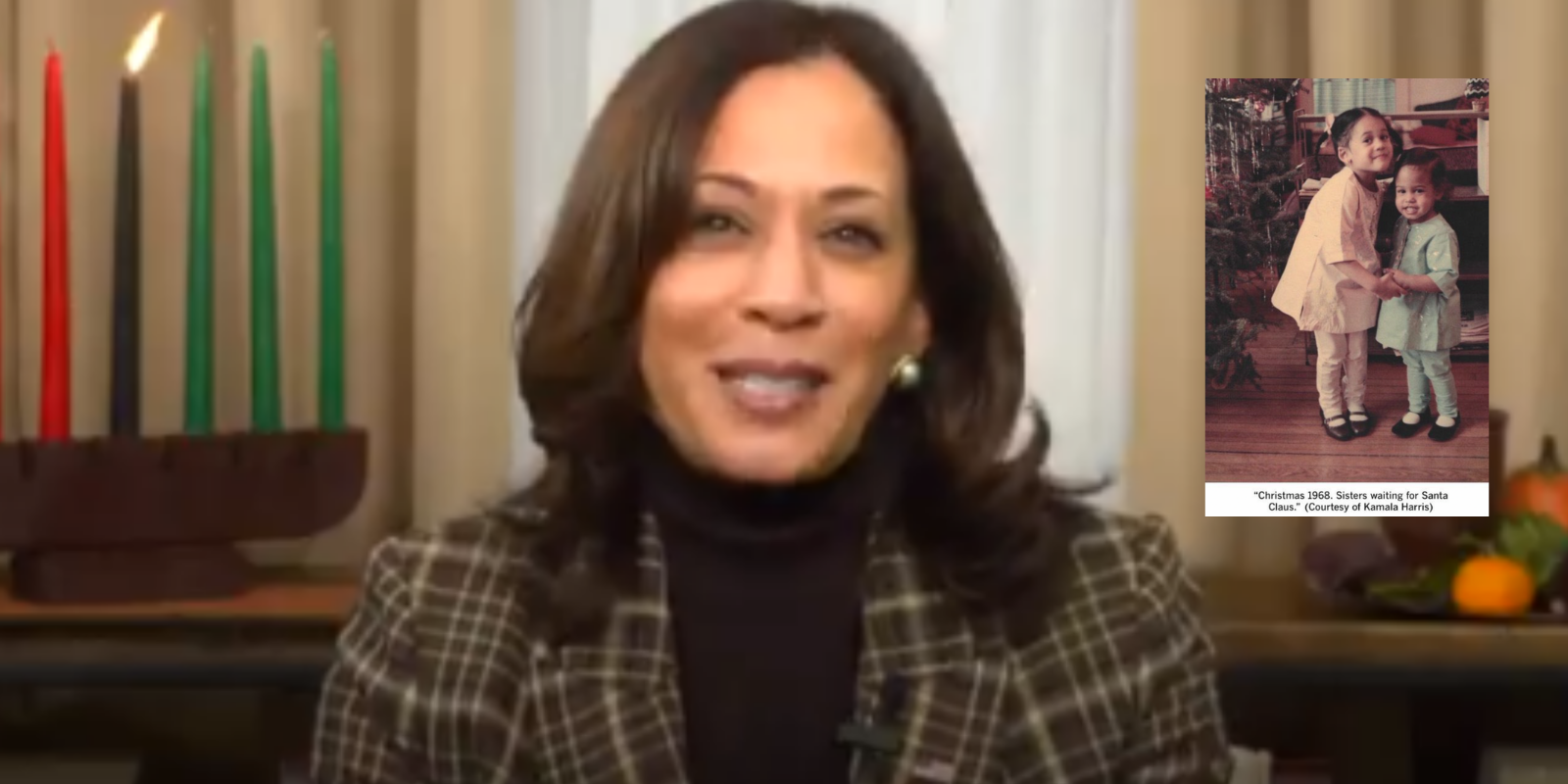 California Senator Kamala Harris tweeted about her Kwanzaa celebrations being "one of her childhood memories," but critics are posting evidence that those celebrations likely never happened.

"You know, my sister and I, we grew up celebrating Kwanzaa. Every year, our family...  and our extended family, we would gather around across multiple generations. And we would tell stories. The kids would sit on the carpet and the elders would sit on chairs, and we would light the candles and, of course, afterwards have a beautiful meal."

It's worth noting that Kwanzaa was only established in 1966, two years after Harris was born in 1964 so it is unlikely that her family celebrated it "across multiple generations."

"And of course, there was always the discussion of the seven principles. And my favorite, I have to tell you, was always the one about self-determination, kujichagulia," which she mispronounced.

As can be seen above in the tweet reproduced, the user "Rising serpent" posted a screenshot of a search he did. Harris never publicly spoke about Kwanzaa before just now.

In fact, as a child she celebrated Christmas.

Harris is the daughter of a Jamaican father and an Indian mother who met in California, where she was born and raised. Neither of these cultures are known to embrace celebrations like Kwanzaa.

The celebration itself comes from northeast Africa; Kwanzaa and kujichagulia are both Swahili words. It should be noted that few in the Americas have ancestry from that part of Africa, since those Africans who were enslaved were trafficked from the opposite side of the continent.