The adjustments to be made to this amendment codify protections for sex where it concerns abortion, but go on to define sex as encompassing sexual orientation, gender identity, and gender expression. 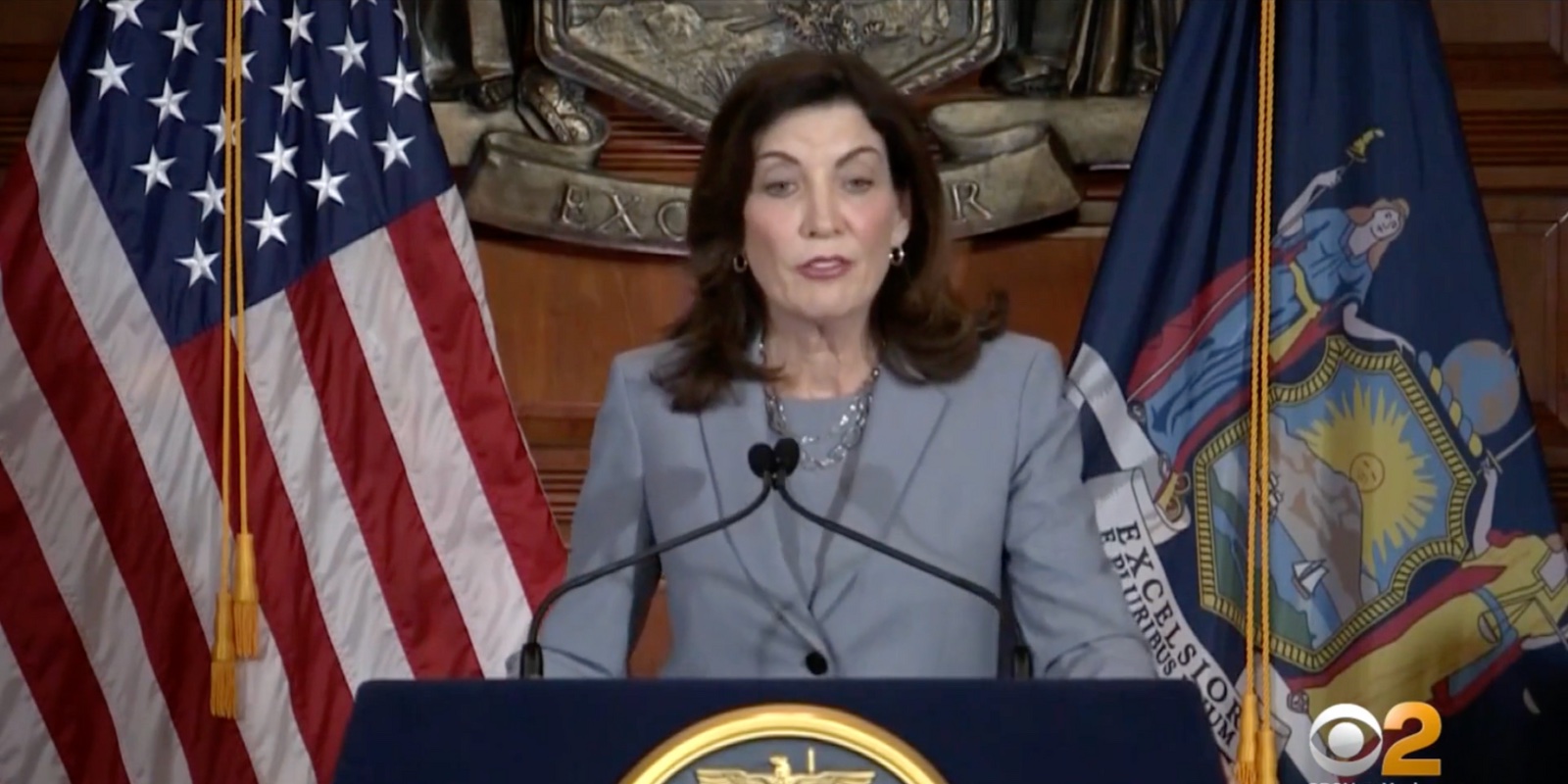 New York's unelected Governor Kathy Hochul is moving to enshrine protections for gender identity into the state constitution. The inspiration for this move, per the bill's sponsor State Senator Andrea Stewart-Cousins, was the overturning of Roe v. Wade by the US Supreme Court, which reverted the question of abortion legality back to the states. While abortion is already legal in New York, and there are no indications that this would be overturned, this SCOTUS ruling has fueled Democrat lawmakers to create protections for gender identity.

"Our modern vision of equality demands comprehensive equal protection. Indeed, many individuals are themselves members of numerous communities, identities, and protected classes, and true equality and justice demand protections that recognize the interconnected nature of discrimination," the memo regarding the bill reads.

The new amendment to the New York State Constitution, which passed both the New York State Assembly and Senate and will now head to Governor Kathy Hochul's desk for signature, alters the provision on "Equal protection of laws, discrimination in civil rights prohibited," or section 11 of Article 1 of that document.

The original, per an amendment that was ratified in 2001, reads:

"[Equal protection of laws; discrimination in civil rights prohibited] §11. No person shall be denied the equal protection of the laws of this state or any subdivision thereof. No person shall, because of race, color, creed or religion, be subjected to any discrimination in his or her civil rights by any other person or by any firm, corporation, or institution, or by the state or any agency or subdivision of the state."

The adjustments to be made to this amendment codify protections for sex where it concerns abortion, but go on to define sex as encompassing sexual orientation, gender identity, and gender expression. It also replaces an instance of "his or her" with "their," giving all citizens of people of New York a gender neutral pronoun, whether that is his or her personal preference or not.

"§11. a. No person shall be denied the equal protection of the laws of this state or any subdivision thereof. No person shall, because of race, color, ethnicity, national origin, age, disability, creed, religion, or sex, including sexual orientation, gender identity, gender expression, pregnancy, pregnancy outcomes, and reproductive healthcare and autonomy, be subjected to any discrimination in their civil rights by any other person or by any firm, corporation or institution, or by the state or any agency or subdivision of the state, pursuant to law." (Emphasis ours.)

These changes are similar to one enacted by President Joe Biden in an executive order that reframed the Civil Rights Act of 1964 to include gender identity as a protected class. Unlike in the state of New York, however, where lawmakers took up the charge, Biden signed his order unilaterally from the Oval Office.

That EO was based on a Supreme Court decision, Bostock v. Clayton County, with the White House saying that in that case, "the Supreme Court held that Title VII’s prohibition on discrimination 'because of . . . sex' covers discrimination on the basis of gender identity and sexual orientation." Biden's Department of Education also seeks to remake Title IX of the Civil Rights Act, which ensures equality in education, to give precedence to the wants of biological males who identify as women over the needs of women themselves.

Governor Hochul, who is slated to sign the changes to Article 1, section 11, claimed that the reversal of Roe was the "biggest setback for women's rights in modern history." This is despite the fact that the remaking of the term "sex" to include "gender identity" will create legal protections for biological males who seek to compete in women's sports, thereby stealing competitive places from women and girls, and will permit the erasure of women's protected spaces, such as locker rooms, bathrooms, and changing facilities.

Additionally, the protections for "gender identity," when matched with bans on "conversion therapy," create the circumstance of making it illegal to help a child who believes they are trans to remain healthy in their natal sex. Biden, on the Trans Day of Visibility in April, instructed American parents to "affirm your children."