Kenosha burned over night. Yet according to the Washington Post, and local NPR affiliates in Wisconsin, it was a peaceful protest during which officers deployed tear gas on an innocent crowd. 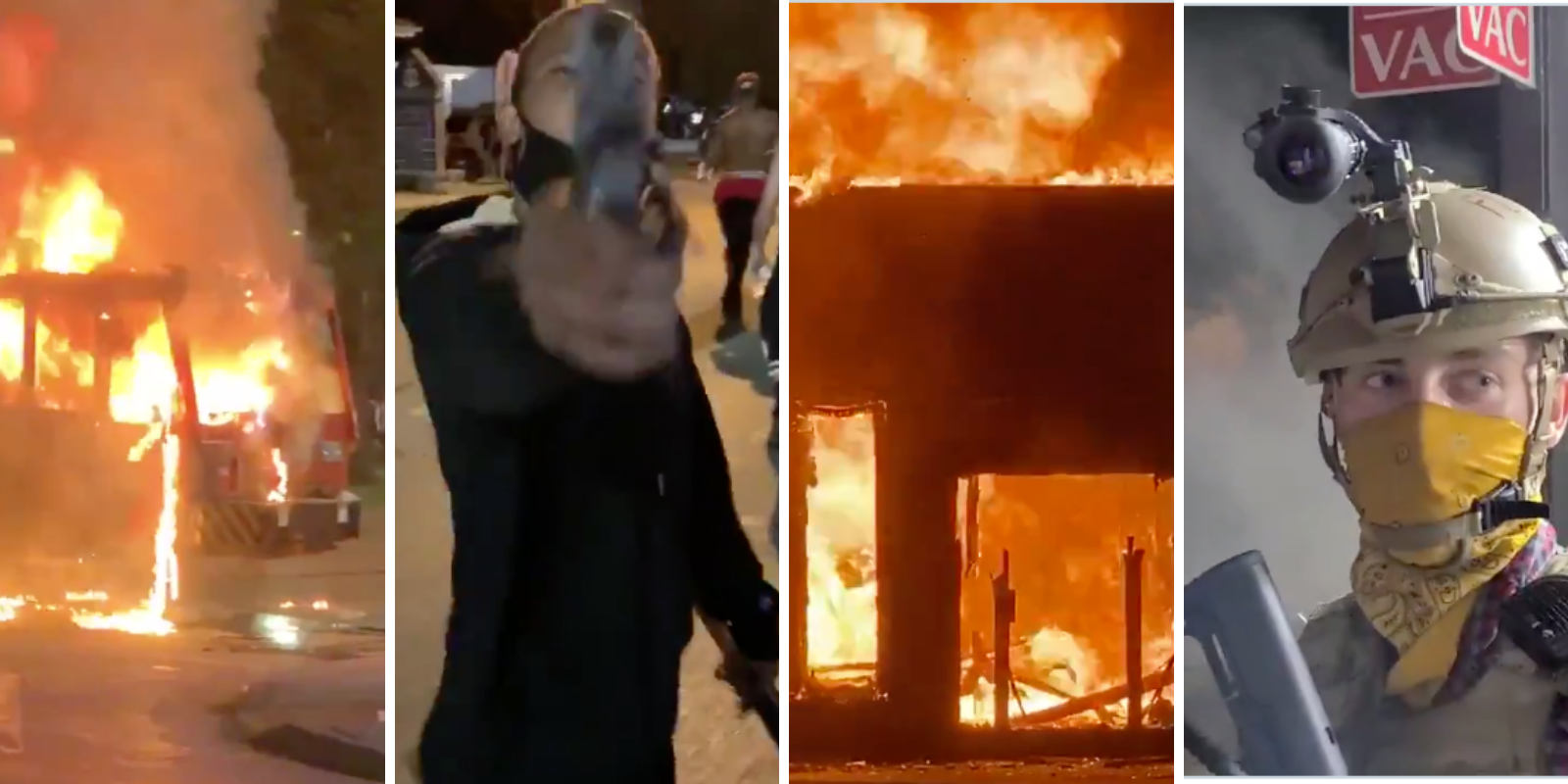 Kenosha, Wisconsin burned over night. Yet according to the Washington Post, local NPR affiliates in Wisconsin, and The New York Times, it was a peaceful protest during which officers deployed tear gas on an innocent crowd. Rioters held the city hostage, smashing and burning basically anything and everything.

As local NPR affiliate WUWM reported on the violence, they said "some protestors began setting fires, some buildings were broken into."

Wisconsin public radio led this morning with a story about Jacob Blake, the man who was shot by police on Sunday, and that protestors demanding justice were treated to tear gas from police. Blake appears to be in serious condition, according to his father.

The New York Times called the marches "peaceful," despite widespread destruction and chaos.

These "mostly peaceful protestors" smashed a bunch of cars on a dealership lot because Black Lives Matter, and the message from Kenosha is that property absolutely does not matter.

Seemingly dozens of buildings were set aflame by protestors, including a furniture shop, car dealerships, and a Department of Corrections facility.

This mostly peaceful protestor poured accelerant into a garbage truck and then set it on fire.

Elijah Shaffer of The Blaze reported live via Periscope, showing buildings on fire, and rioters smashing and destroying anything and everything they could.

As Shaffer reported live from the scene, one "mostly peaceful protestor" drew his weapon and pointed it in Shaffer's face, explaining what he would do if law enforcement officers were to happen upon their protest.

A curfew went into effect at 8 p.m., but it was well after that when video of arson, "mostly peaceful protestors" breaking into shops, smashing windows, looting, and intense property destruction continued.

One woman was pleased with her loot, shouting with joy that she "got the phone cases."

Lamp posts came down, street lamps were destroyed, many businesses, buildings, as well as dozens of municipal and civilian vehicles were torched.

As video of an apartment building in flames made the rounds on social media, users began to wonder if there were people trapped inside their homes.

Evers deployed the national guard, at the request of local authorities. The armoured vehicles rolled into the city near 11 p.m, as reported by Julio Rosas of Townhall.

Despite the arrival of the National Guard, local residents felt responsible to protect the property in their city. A group of armed men stood outside a gas station and business telling the rioters not to attack, and claiming solidarity with their cause.

An armed man said "I'm all for protesting but you can't be destroying your neighbours houses and property."

A BLM activist took issue with his statement of solidarity despite the man having been one of the protestors.

"The value of property has nothing to do with the value of life," she said, before cursing at him and walking away.

He was joined by other armed men attempting to protect a gas station from being torched, given the explosive danger that would pose.

He stated that they were not there protecting the government, were in favour of the protests, protestors, and their anti-cop cause. He emphasized "I'm on your side as long as you're against the cops but you can't burn down your local businesses!"

The mostly peaceful protestors disagreed, cursing at him, and declaring that if they were protecting property the armed men were not on the side of the protestors.

Another man confronted protestors, telling them to stop destroying his city. He was driven off after a verbal battle, as reported by Shelby Talcott of The Daily Caller.

He took issue with the mostly peaceful protestors setting fires to buildings and destroying the city. As the man drove off, the protestors shouted "we'll burn your stuff down too! We'll burn it down too!"

The unrest on Kenosha began on Sunday night after Jacob Blake was shot by police who were called to the scene over an alleged domestic dispute. Drake remains in serious condition at an area hospital.

The officers who were involved in the shooting have been placed on administrative leave, pending an investigation. The officers have not been identified.

Kenosha is only the most recent American city to succumb to chaos, violence, and destruction. An epidemic of rioting has been rampant since the 10th week of the pandemic inspired lockdown, when George Floyd was killed in Minneapolis 70 days after quarantine and self-isolation measures became the norm in New York City.

Leaders in Wisconsin appear to be following in the footsteps of so many other Democrat controlled cities in doing basically nothing to secure the safety of their cities, or of their law abiding constituents.

Gov. Tony Evers is taking this opportunity to focus on police reform, convening a special legislative session next week. Evers urged Republican leaders "to rise up to this important moment in history, to put people before politics and to put the lives of Black Wisconsinites above politics and to give this special session the urgent and productive effort this movement demands and that the people of Wisconsin deserve."

While Evers condemned the shooting, he did not appear to have any words of caution for those mostly peaceful protestors who burned down car dealerships, broke into shops and stole property, and destroyed street lights and municipal property.